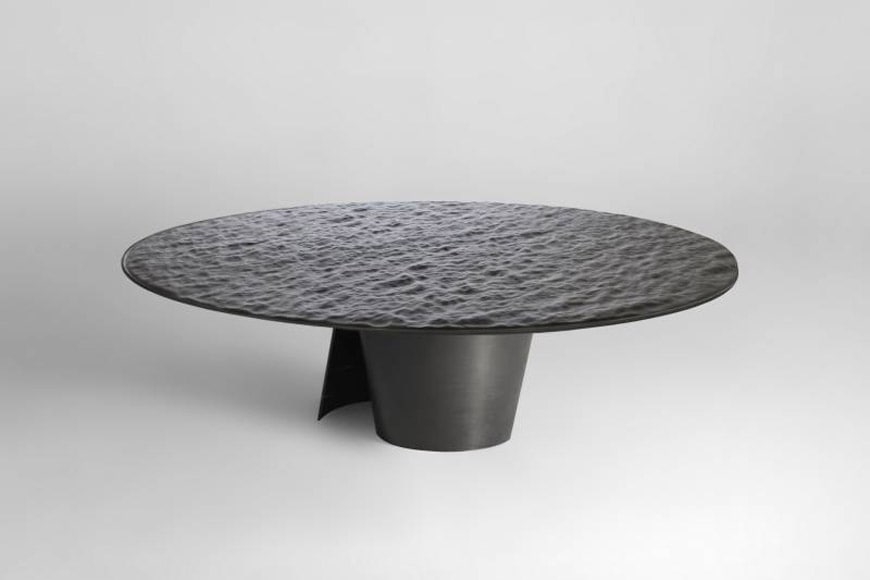 “The coffee table Black Sea takes its inspiration from the sea, both attractive and frightening, its perpetual movement and its ever changing appearance. With this new piece I tried to capture the present moment, and to fix forever a fragment of the sea surface. Leather was the obvious material for such an endeavor: leather is alive, can be molded in any form or shape and its texture shares with water its caustic effect. The tabletop hence takes life and seems to move with the reflection of light”. (Damien Gernay, designer) 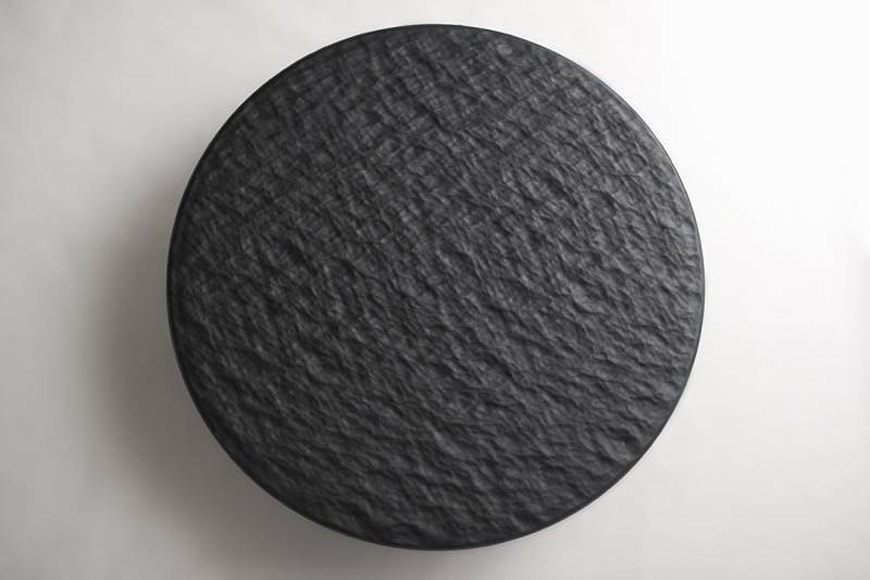 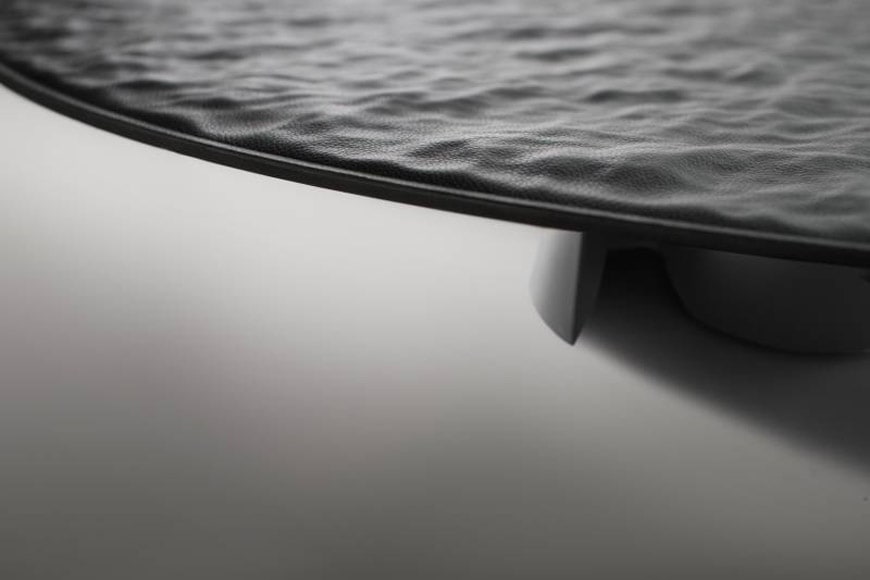 About Damien Gernay
Damien Gernay was born in 1975, in the suburbs of Paris. Between 1994 and 1998, he studied design at Ecole Supérieure des Arts (ESA) Saint-Luc Tournai in Belgium. After school, he worked on scenography projects for contemporary dance and theater clients in Belgium and France. From 2003 to 2005, Gernay was an artist-in-residence at Le Fresnoy, National Studio for Contemporary Arts in Tourcoing, France, a center for interdisciplinary artists. In 2007, he established his own design studio in Brussels.
Gernay’s work is highly experimental, driven by his desire to challenge boundaries between art and design. To date, his practice spans furniture, lighting, and accessories.
His pieces often reflect a reverence for nature and the enigmatic; his larger oeuvre focuses on materiality, texture, and ambiguity. Close to the considerations of a painter or a sculptor, the imponderable plays a decisive role in his practice. The error is accepted and assimilated, making each piece unique with its own history, complexities, and intimate paradoxes. He combines control with spontaneity, mixing the smooth with the rough.
Gernay exhibits frequently, including, as of this writing, at fairs such Maison & Objet in Paris (2012, 2010, 2009), ICFF in New York (2008), Milan Design Week, (2007-2009, 2011), and institutions such as Mint Gallery in London (2013, 2014), Triennale de Milano in Milan (2013, 2014), Design museum in Ghent (2015), and among others.

Get info and Apply