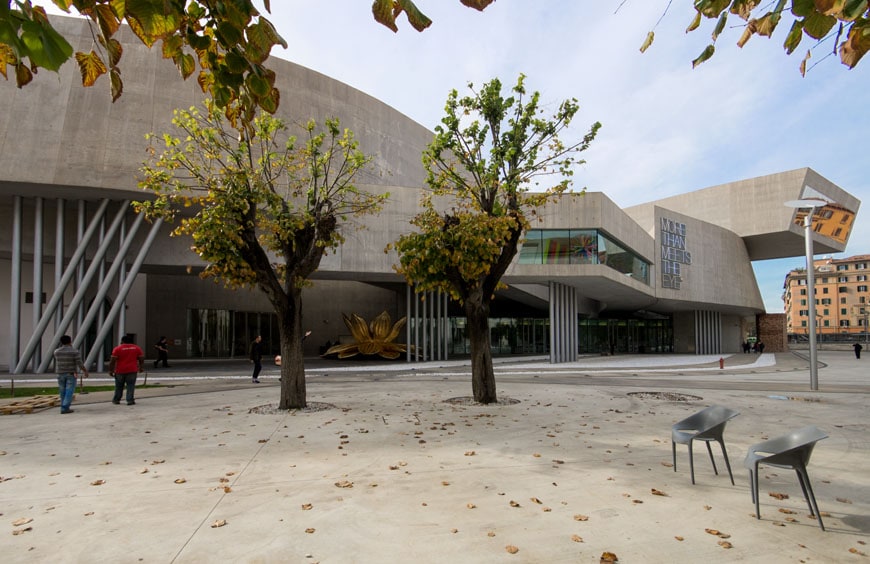 The architecture of the MAXXI
With a total floor area of 310,000 square feet, the ensemble conceived by ZHA integrates some of the old military structures with a new, L-shaped, building.
A  full-height lobby constitutes the core of the museum, from which access to exhibition galleries, auditorium, cafeteria, shop and service spaces are provided.
A large stairwell and series of bridges interconnect the different parts of the building. The old military structures accommodate a restaurant, a library, an architecture archives center, and various administration and staff offices.
The external areas between the buildings form a welcoming array of outdoor spaces, provided with chairs, tables, white-concrete benches, and green areas. 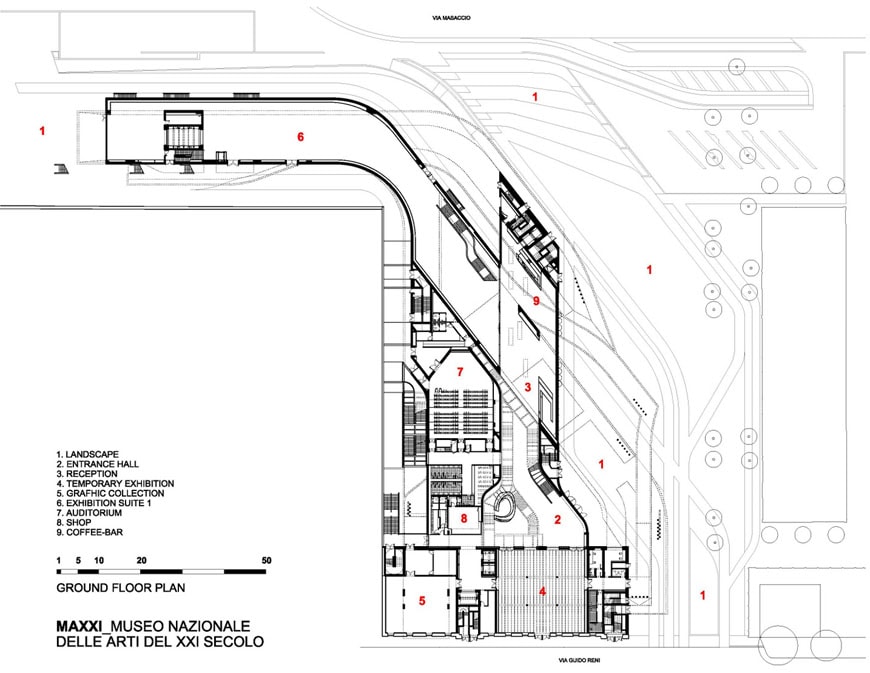 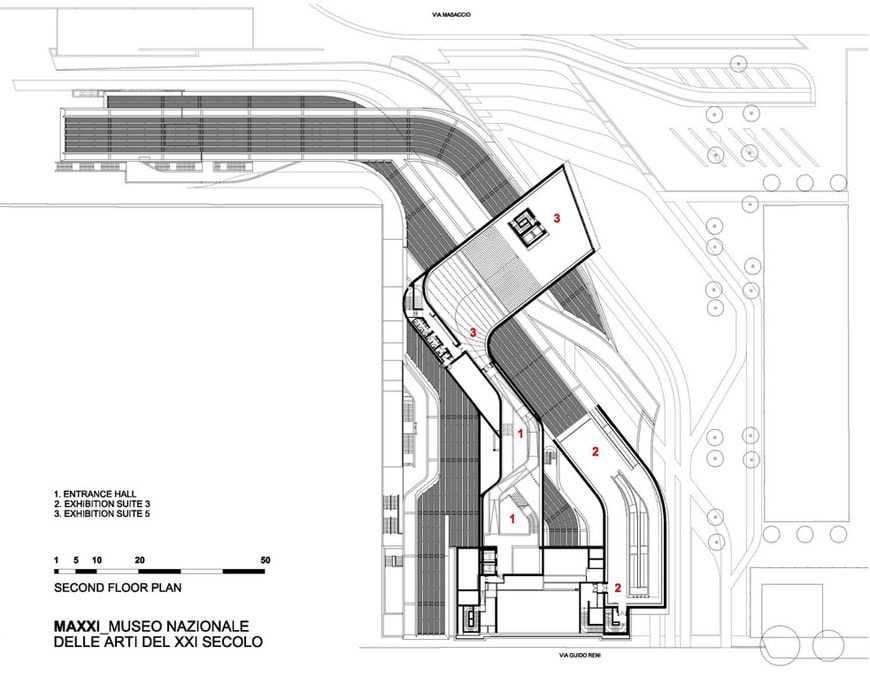 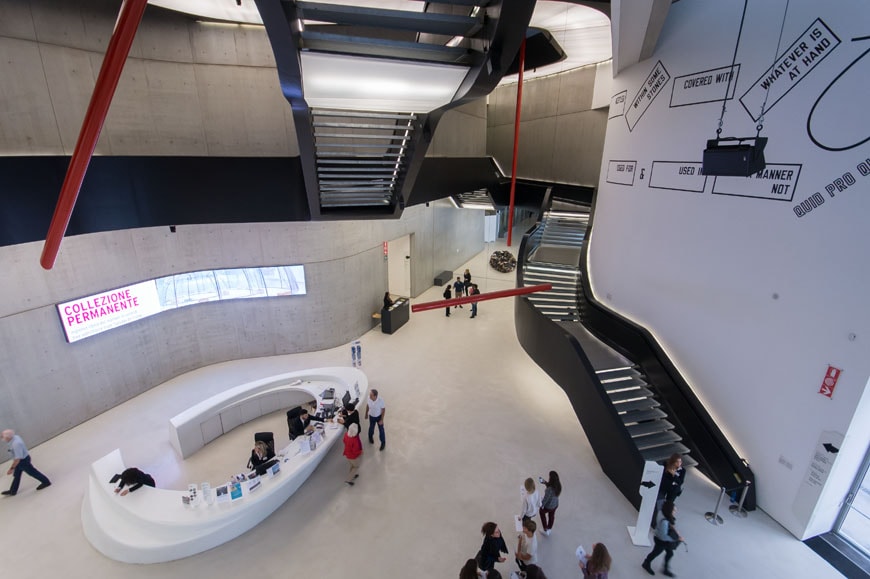 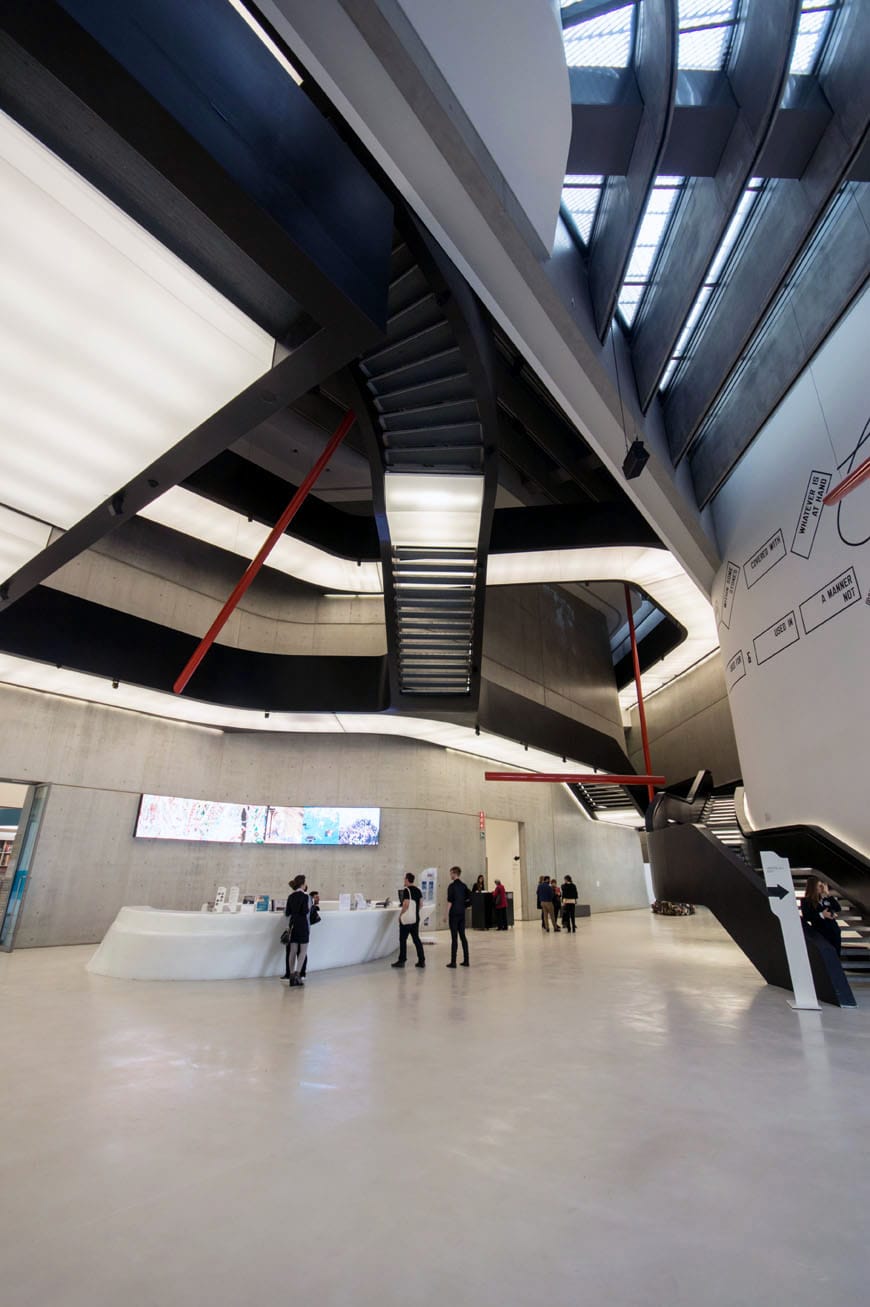 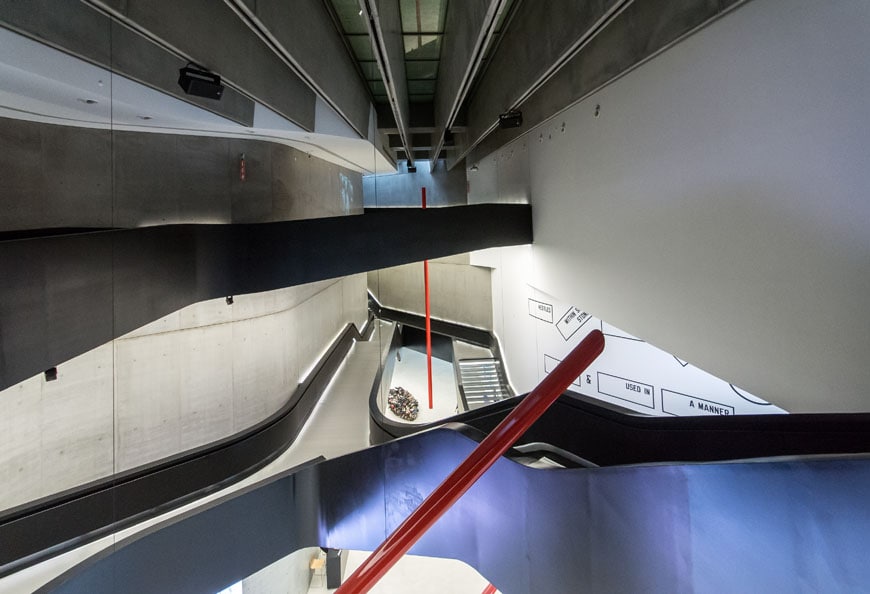 Structural concept
The structure of the new building is composed of curved sidewalls made in bare self-consolidating concrete (SCC); to achieve the desired surface appearance and have more control over it, a special concrete production facility was installed on-site. The horizontal structures are mostly made of black-painted steel beams, sometimes clad with glass fiber reinforced concrete (GRC) panels, as in the case of the roof trusses.

This was one of the first projects for which Zaha Hadid experimented fluid and curved geometries made in concrete, an evolution from her earlier works, like the Fire Station at the Vitra Campus and the Bergiselschanze ski jump in Innsbruck, also made in concrete but with a more “angular” appearance.

Maybe it’s just a coincidence, but Hadid once told that she was somehow inspired in her approach to concrete architecture by the work of the Italian engineer Pier Luigi Nervi, a specialist of concrete shells who is the author of the “Palazzetto dello Sport” located at a short distance from the MAXXI: “He has always had a profound influence on my work […] Nervi’s experimental approach led to revolutionary solutions, especially as regards materials and building techniques”. (from the catalog of the “Pier Luigi Nervi” exhibition, Maxxi, 2011). 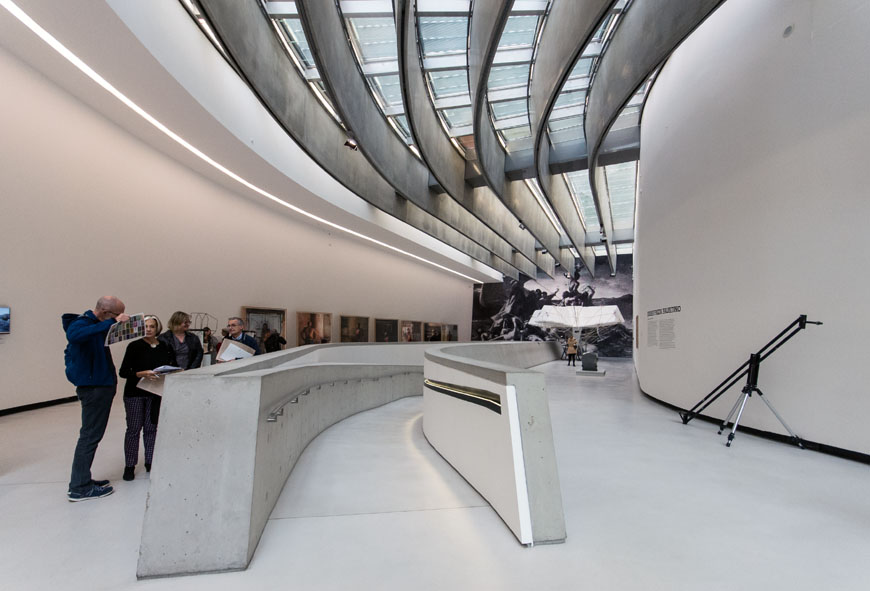 The roof of the new building is actually a complex apparatus, constituted of upper and lower double-glazing structures, provided with a sunscreen system composed of adjustable metal louvers; the roof structure also accommodates the artificial lighting system. 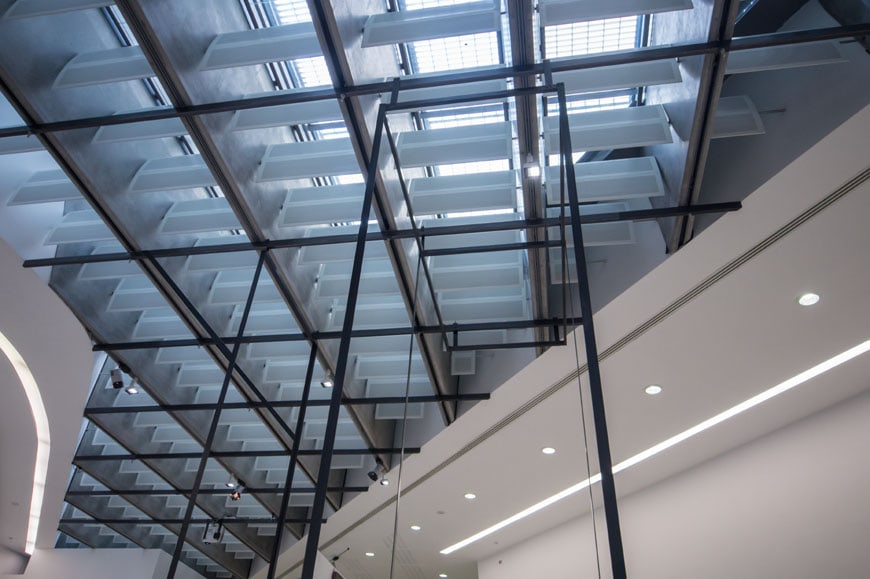 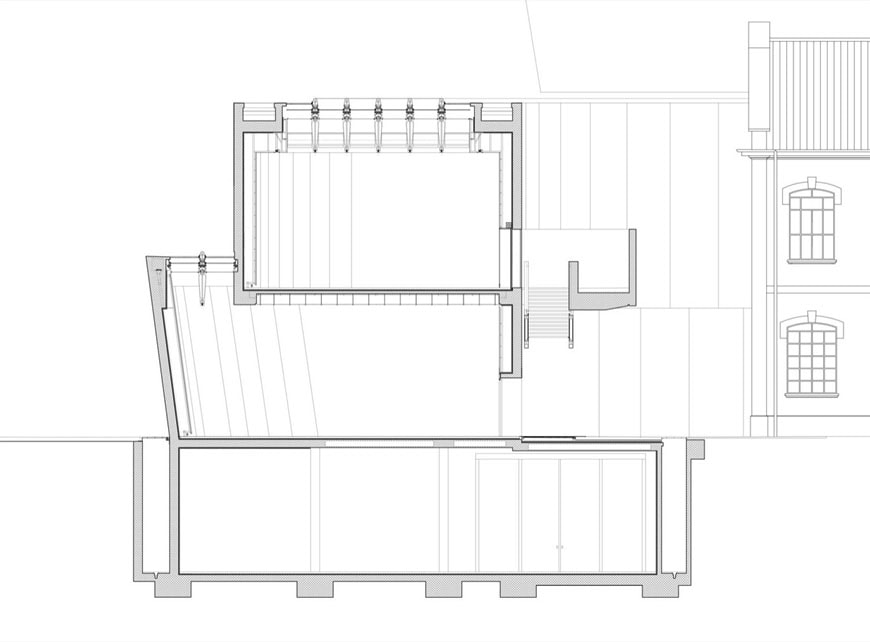 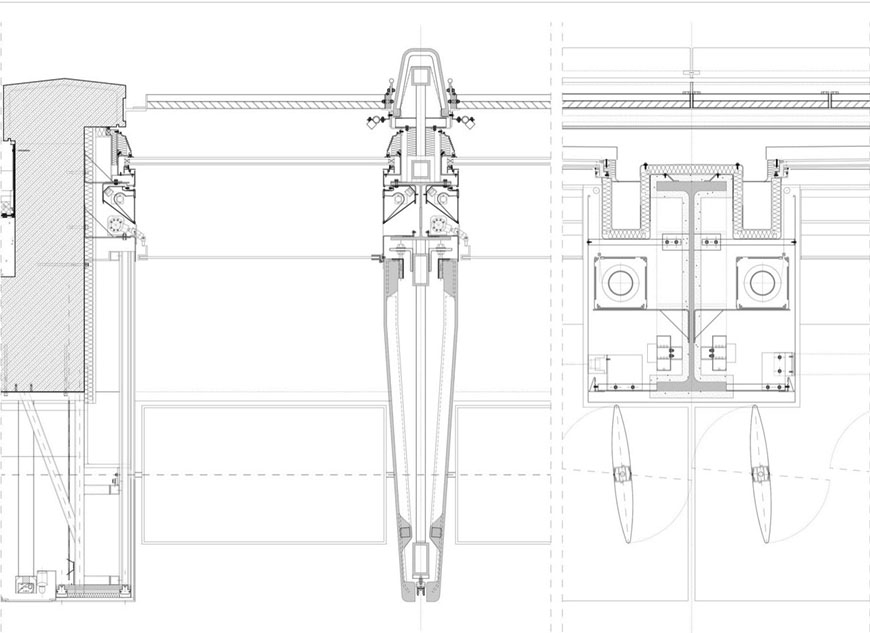 Collections and activities
As mentioned earlier, the MAXXI is constituted by two institutions, named MAXXI Arte and MAXXI Architettura, respectively dedicated to art and architecture of the 20th and 21st century, with different collections and directors. 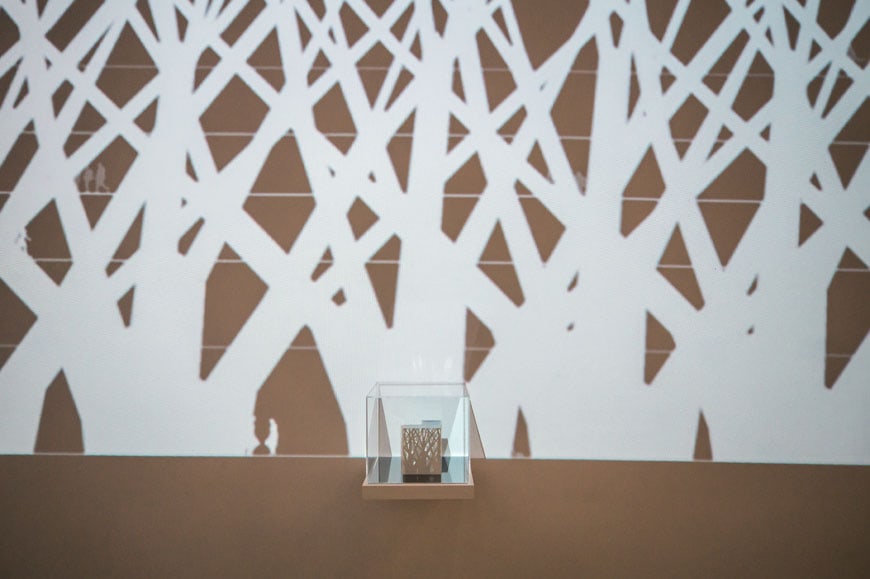 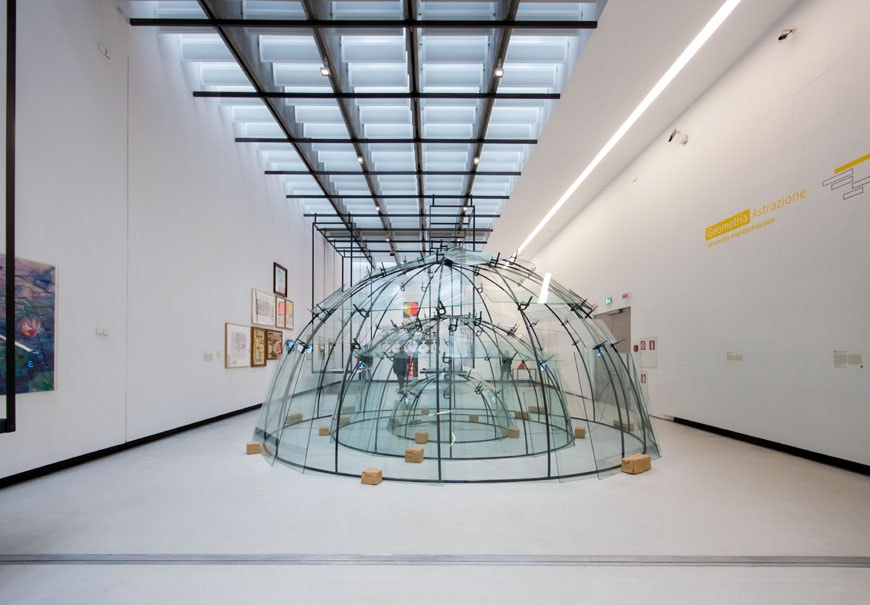 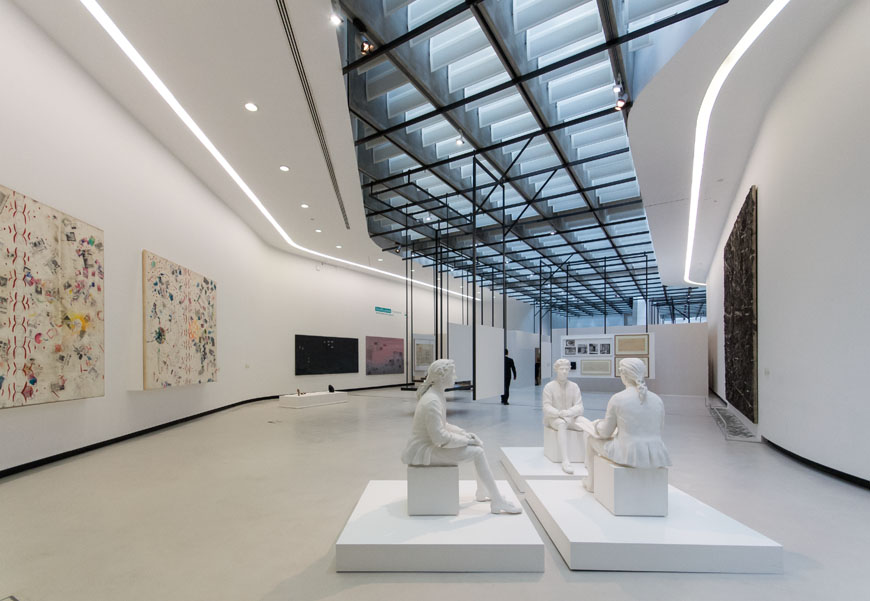 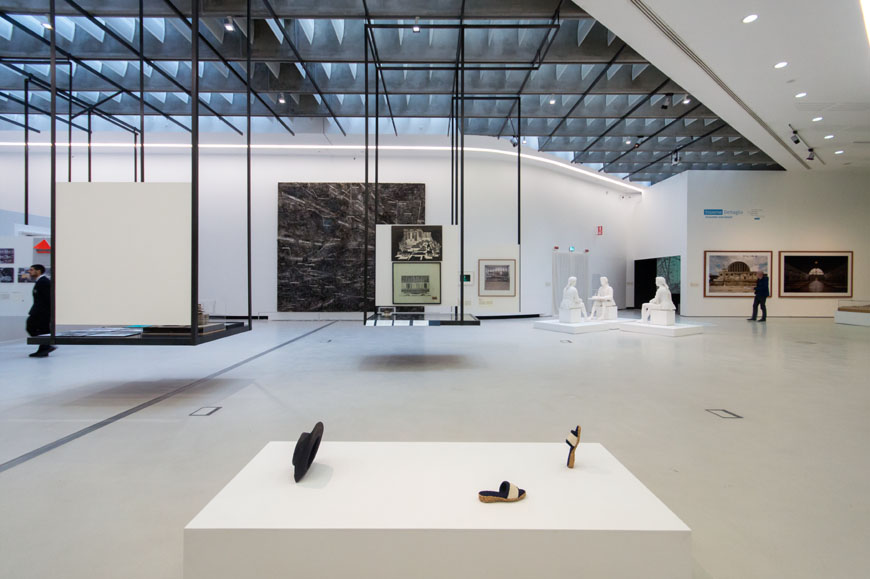 Despite this apparent separation of the two departments, the programs of the MAXXI privilege the cross-breeding and dialogue between different forms and means of culture.
Thus, selected works from both the museum collections are presented together in a permanent exhibition at the museum’s first floor, while temporary exhibitions and activities cover, along with visual art and architecture, also various other creative fields, like fashion, industrial design, cinema, theatre, music, and dance. 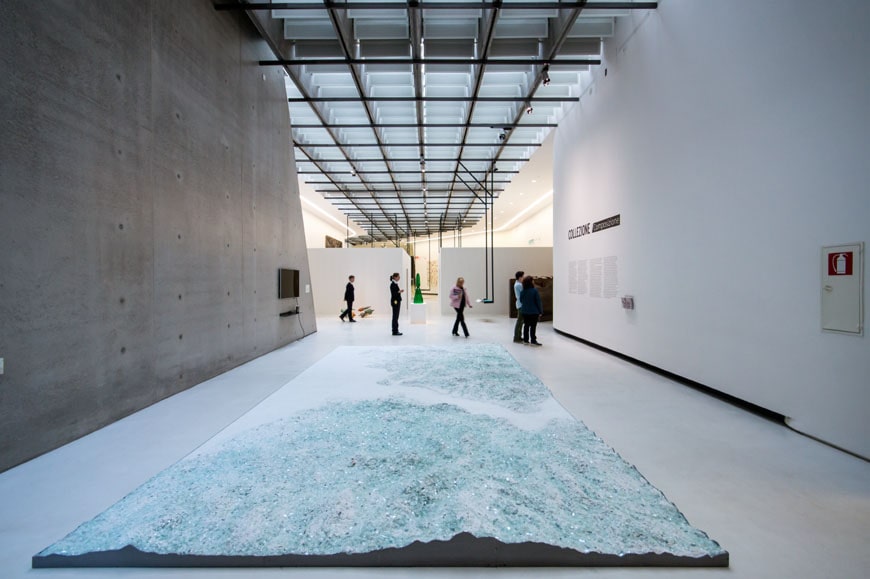 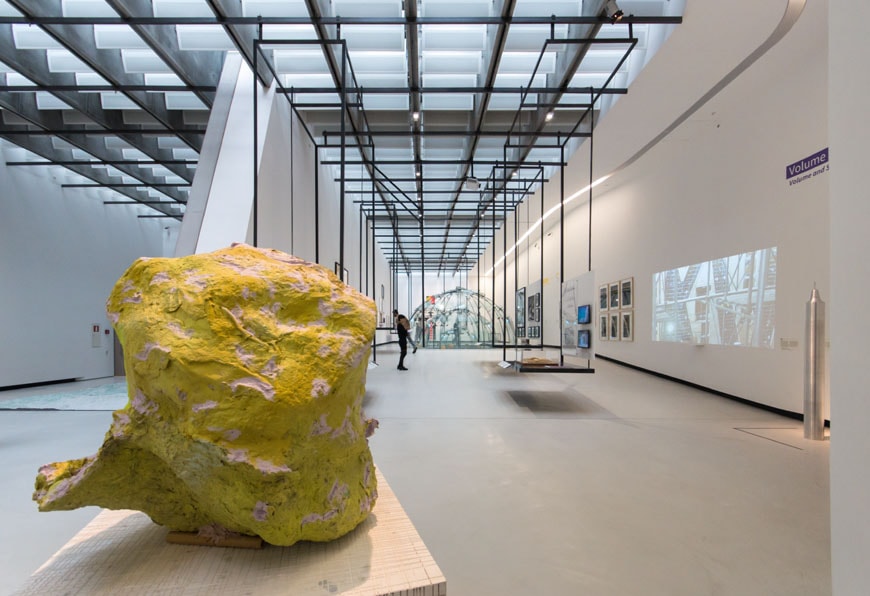 Where is this? Find it through MYMUSEM search
MAXXI

The MAXXI is the main museum in Rome focused on modern and contemporary art and architecture, it is housed in a futuristic building by Zaha Hadid