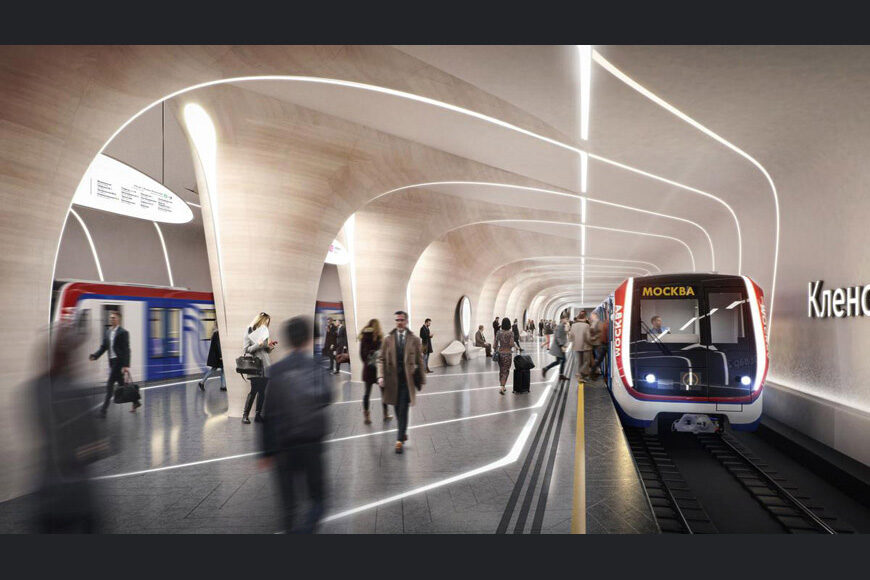 ZHA – Zaha Hadid Architects, has won the competition for the construction of station 2 of Klenoviy Boulevard in Moscow.
The Moscow Metro, which serves about 2.5 billion passengers every year, continues to expand; the new line, called Bolshaya Koltsevaya – the third orbital metro line in the city – will significantly increase the capacity and connectivity of the network. Around 58 million passengers have already used its stations opened in 2018 and the new line, once completed, will be nearly 70km long.
In the heart of the Nagatinsky Zaton district, in the south-east of the city, the new station 2 of Klenoviy Boulevard will represent the interchange between the orbital line Bolshaya Koltsevaya and the future Biryulevskaya line which will connect the districts of Kuryanovo and Biryulyovo to the south, directly with the Town center.

The design of the new station guarantees an intuitive use to passengers, incorporating innovative devices both in terms of lighting and information systems, thus defining the criteria for the next generation of stations on the Moscow metro network.
The large pillars visible from the station platform have slightly different shapes from each other to express dynamism as you move through space, but the change in shape also indicates the different distance from the center of the platform.
Artificial lighting was developed to be dynamic and capable of orienting travelers as they move around the station; in addition, the lighting conditions of the platforms change to inform passengers waiting for the imminent arrival of a train. 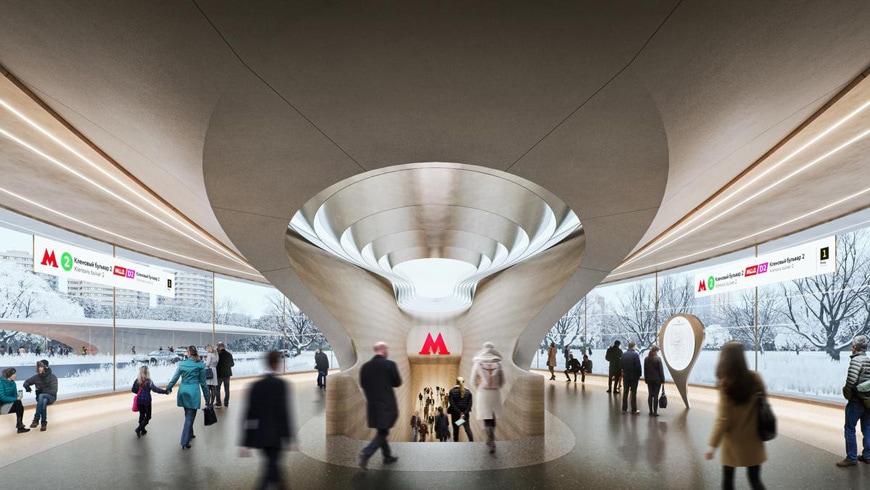 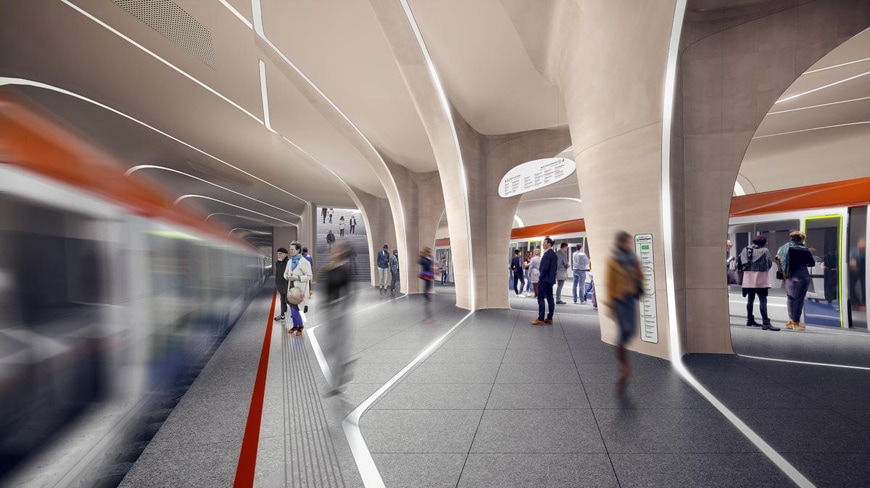 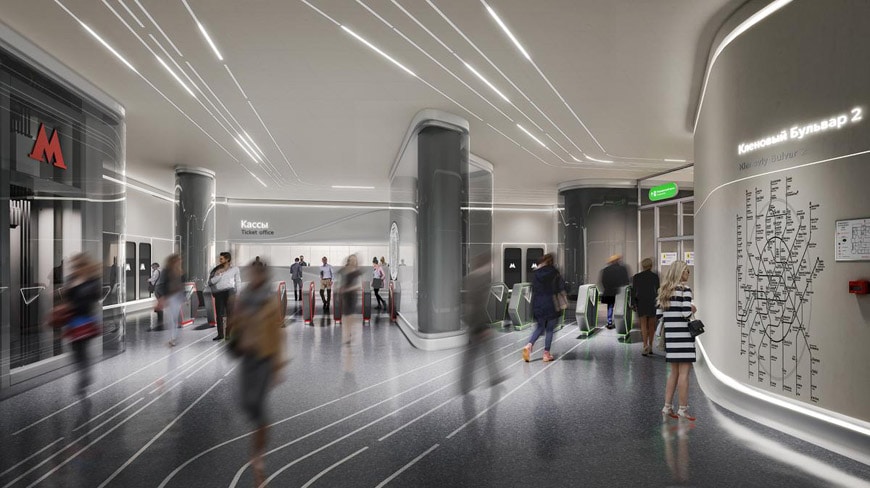 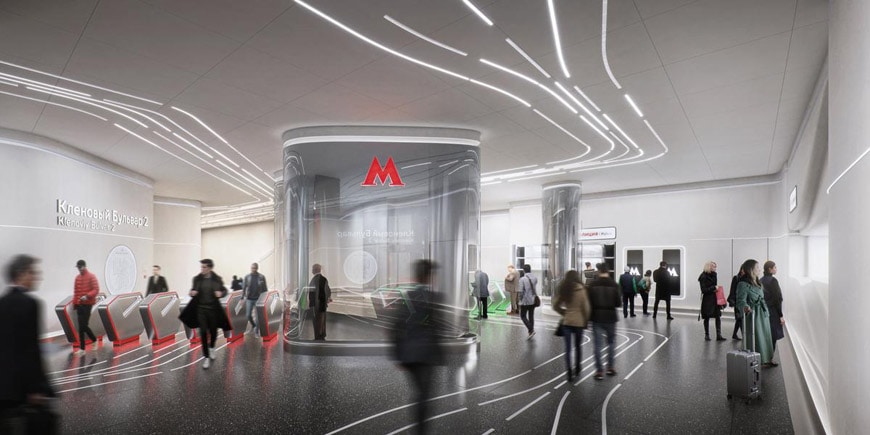