Copenhagen is a city that loves culture and modernity, and which truly expresses this attitude through its museums, cultural venues, exhibitions, and creative events.

Located on the east coast of the Zealand island, only a few kilometers separate the capital city of Denmark from the Swedish coastline and the city of Malmö on the other side of the Øresund strait. And maybe it’s because of its being a city keen on relationships with other people, that Copenhagen is so tolerant and open to foreign cultures and innovation. A positive attitude we can see also in all those museums and events – in the city, in its region (Region Hovedstaden, known in English-speaking countries as the Capital Region of Denmark), and across the whole eastern Denmark – which celebrate the encounter between Danish and international arts, the union of architecture and nature, and the curiosity for different civilizations.

Our suggestion: if you have time, take a car or use the efficient Danish public transport network and travel few miles out of Copenhagen’s center to visit some of the beautiful museums in the city’s outskirts, many of which, additionally, are among the best examples of contemporary architecture in Europe. 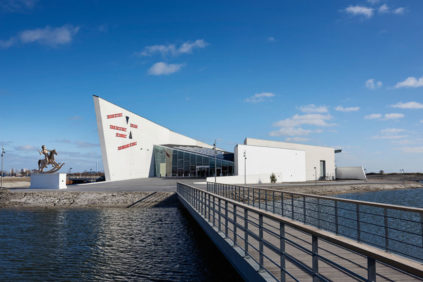 Ishøj - Skovvej 100 closed: Mondays, January 1, December 24, 25 and 31
The Arken Museum for Moderne Kunst is a museum of modern and contemporary art located on a small island about 20 kilometers / 12 miles south of Copenhagen
read more >> 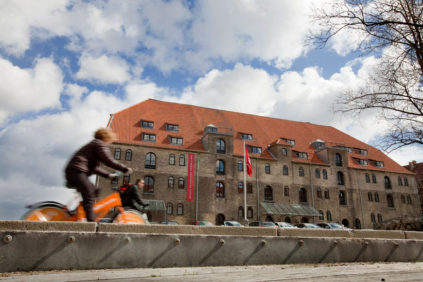 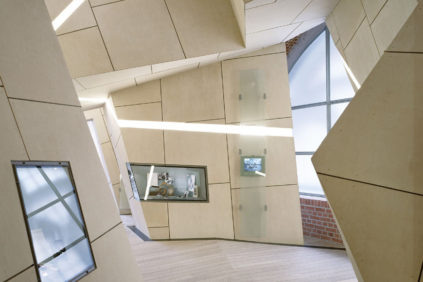 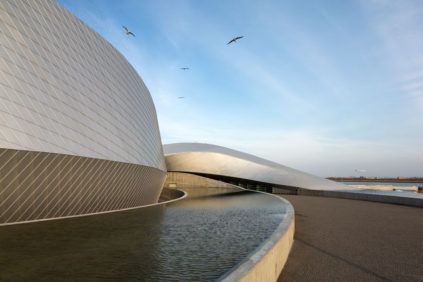 Kastrup - Jacob Fortlingsvej 1 closed: open every day
Den Blå Planet (the Blue Planet) in Kastrup, near Copenhagen, is the National Aquarium of Denmark and one of the largest structures of its kind in Europe
read more >> 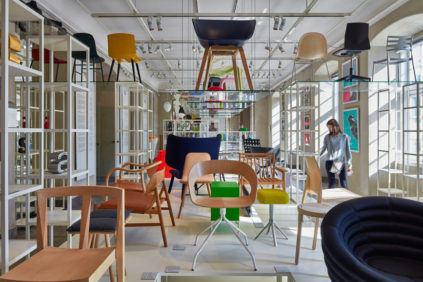 Copenhagen - Bredgade 68 closed: Mondays, 1 January, 24, 25, 26 and 31 December
Opened in 1895, the Designmuseum Danmark in Copenhagen is the most important Danish museum exclusively dedicated to industrial design and applied arts
read more >> 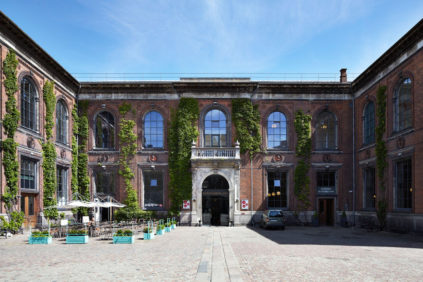 Copenhagen - Nyhavn 2 closed: Mondays
The Kunsthal Charlottenborg is a contemporary art gallery housed in the Charlottenborg palace in Copenhagen together with the Royal Danish Academy of Arts
read more >> 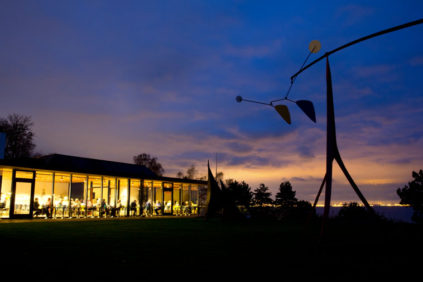 Humlebæk - Gl. Strandvej 13 closed: Mondays
The Louisiana Museum of Modern Art is a Danish museum in Humlebæk, 25 miles north of Copenhagen, world-famous for both its collection and its sculpture park
read more >> 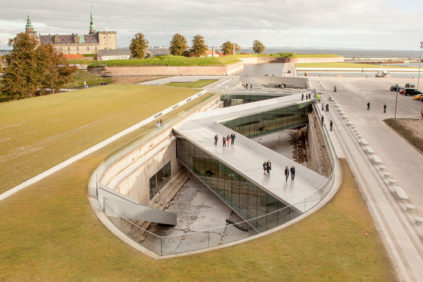 Helsingør - Ny Kronborgvej, 1 closed: Monday
The M/S Maritime Museum of Denmark in Elsinore is a fascinating museum dedicated to the maritime history of the country housed in an iconic modern building
read more >> 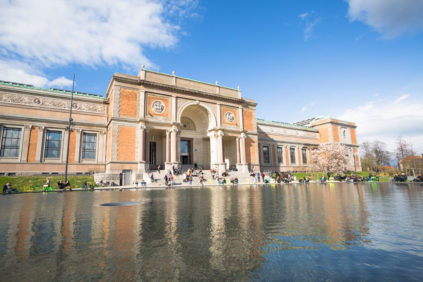 Copenhagen - Sølvgade 48-50 closed: Mondays
The National Gallery of Denmark (Danish: Statens Museum for Kunst) in Copenhagen is Denmark's largest art museum with a collection of over 260,000 works
read more >> 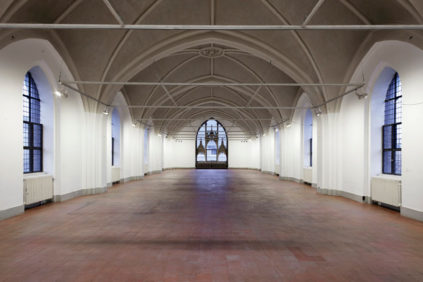 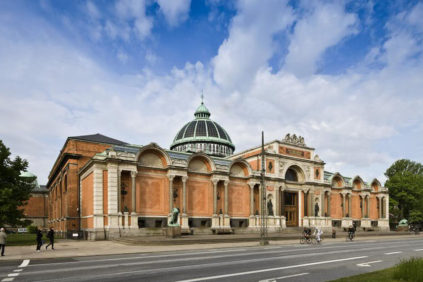 Copenhagen - Dantes Plads 7 closed: Mondays, Christmas and New Year's Day
The Ny Carlsberg Glyptotek is an art museum in Copenhagen with a collection of over 10,000 works, especially of ancient civilizations and 19th century art
read more >> 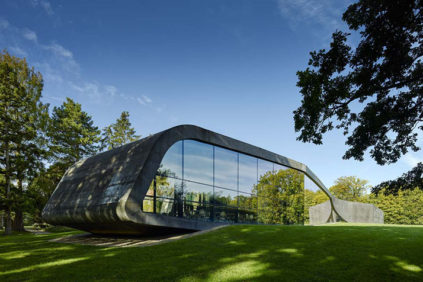 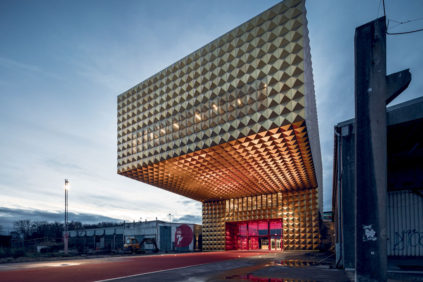 Roskilde - Rabalderstræde 16, Musicon closed: Mondays; January 1, and December 24-26 & 31
The Ragnarock Museum for Pop, Rock and Youth Culture is a museum in Roskilde, a town 19 miles west of Copenhagen, designed by MVRDV and COBE
read more >> 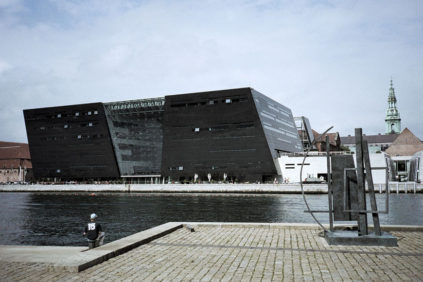 Copenhagen - Søren Kierkegaards Plads 1 closed: Sundays and major holidays
The Black Diamond is a cultural center in Copenhagen, home of the Royal Library of Denmark and of three museums including the National Museum of Photography
read more >>
sponsored links 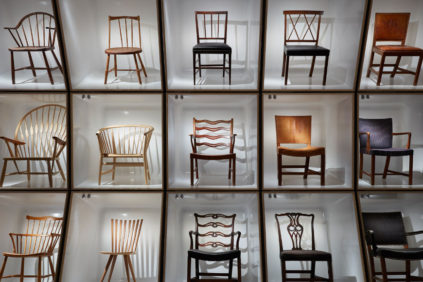 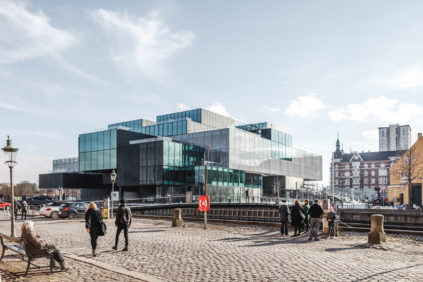 BLOX is a new mixed-use building designed by Rem Koolhaas / OMA in the Copenhagen harbor. Opened in May 2018, it also accommodates the new home of DAC
Architecture 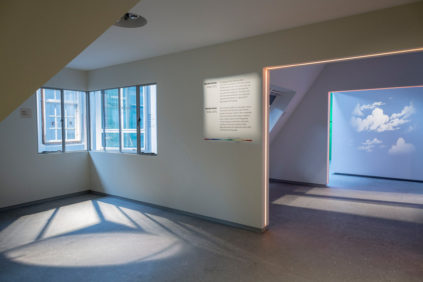 In january 2016, Rosan Bosch Studio’s project Villum Window Collection has been chosen as the winner of the Danish Lighting Award | 2015.
Design 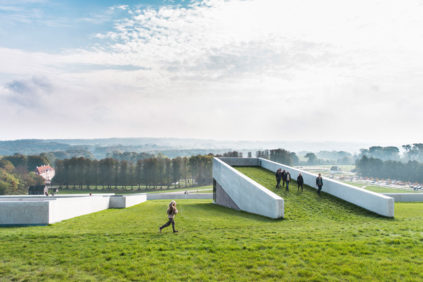 Aahrus | The museum under the lawn

The impressive architecture conceived by Henning Larsen for the Moesgaard Museum in Denmark is hard to confuse with any other.
Architecture 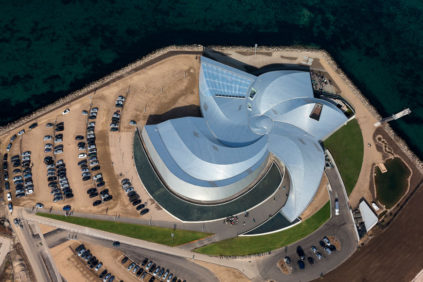 The architecture of the Blue Planet Aquarium by 3XN

The architecture of The Blue Planet, the National Aquarium of Denmark. designed by 3XN architects as an aluminum-clad spiral remembering a huge whirlpool
Architecture 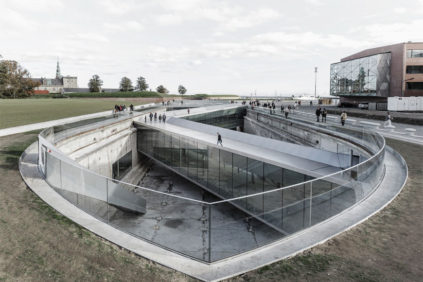 archive of exhibitions, news, and events in Copenhagen & eastern Denmark 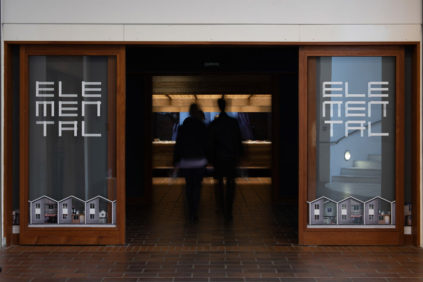 Until February 2019, the Louisiana Museum of Modern Art hosts an exhibition dedicated to the Elemental Studio of Alejandro Aravena.
Architecture 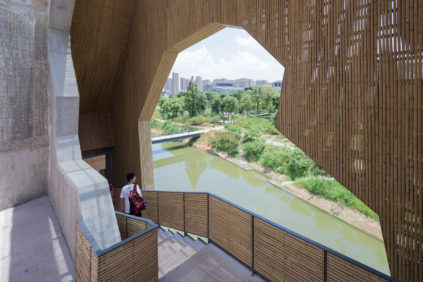 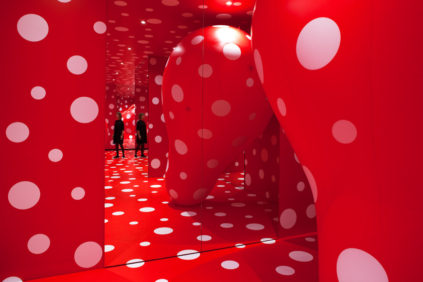 Into Yayoi Kusama’s Infinity at the Louisiana

In Infinity is the title of a major retrospective exhibition dedicated to Yayoi Kusama, until January 2016 at the Louisiana Museum of modern art in Denmark
Art 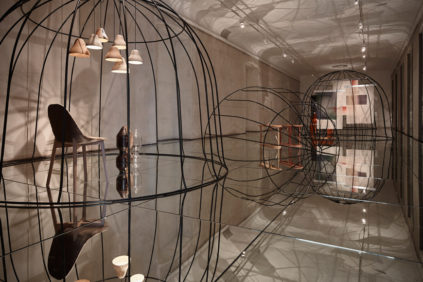 Until late January 2016 the Designmuseum Danmark in Copenhagen presents the exhibition MINDCRAFT15, showcasing works by Danish designers and artisans
Design 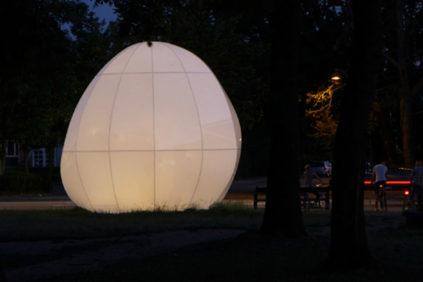 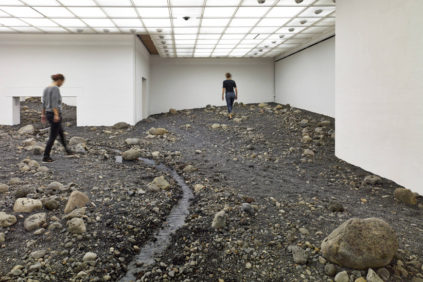 Denmark | Olafur Eliasson at the Louisiana

If you combine the work of Olafur Eliasson and the Louisiana museum the outcome can hardly be wrong. Riverbed installation-exhibition in Humlebæk, Denmark
Art 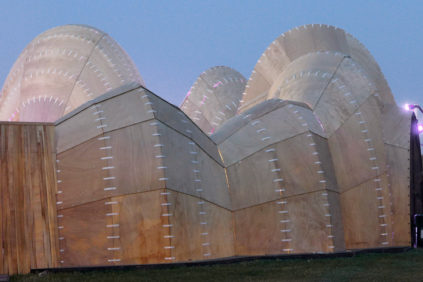 The Velvet State Pavilion in Roskilde