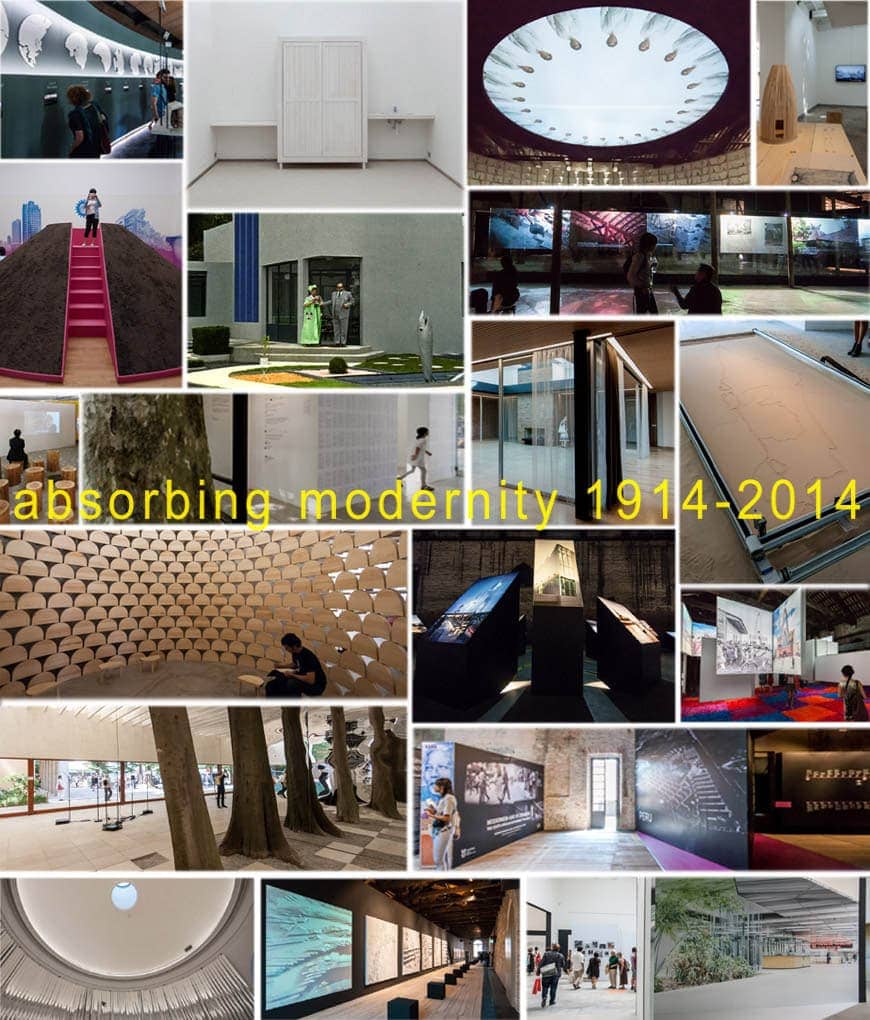 Absorbing modernity 1914-2014 is the exhibition focused on the theme proposed by Rem Koolhaas and developed by the national pavilions curators: what modernity meant for each of the 66 countries participating to Fundamentals, the 14th edition of the Venice Architecture Biennale?

Did modernity uniform architecture? Have cultural identities been flattened and sacrificed on its altar? How modernity has been, over time, metabolized in different countries?

Despite its title, Absorbing Modernity1914-2014 does not declare the global triumph of modernity, it asked instead to the pavilion curators to give a tailored interpretation on its significance by looking at the recent history of the respective countries.

Every Nation participating at the Biennale, that by starting from different social and political contexts has faced a specific modernization process, provided its reply, underlying its own peculiarities and narrating an history made, depending on the case, of successes, failures, hopes and contradictions.

The result is a mosaic that depicts how, beyond the apparently cultural uniformity of a supposed globalization, the peculiar history of every nation mingled with modernity, producing a varied set of different outcomes.

Here we present a selection of 26 National pavilions.

See our article for each pavilion by clicking on the icons below.