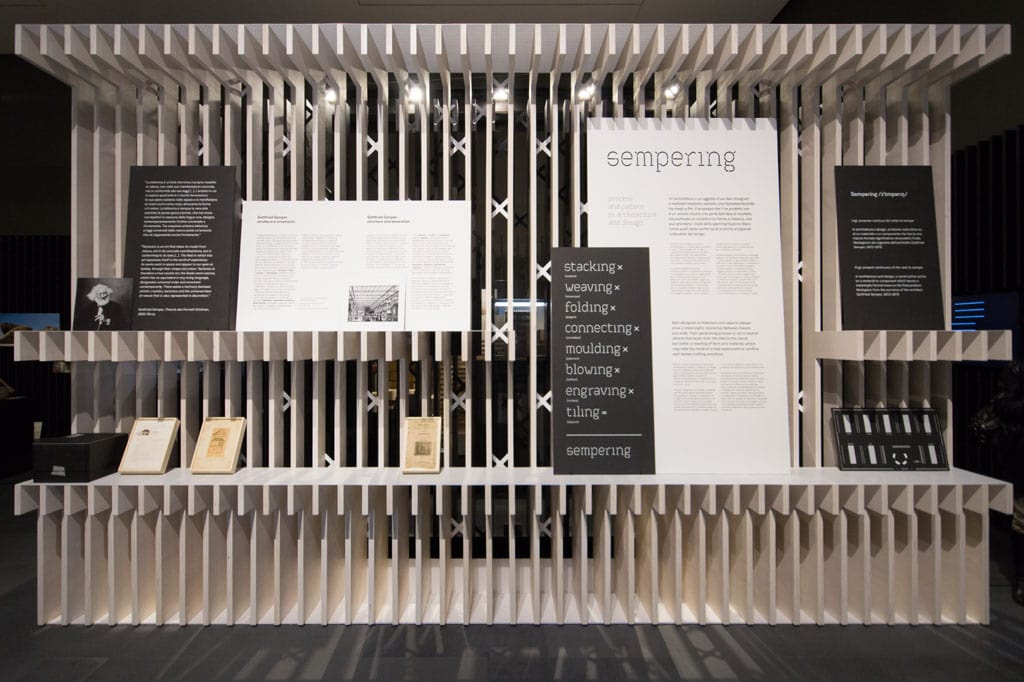 Taking place at the MUDEC – Museum of Cultures of Milan, the exhibition Sempering, curated by Cino Zucchi and Luisa Collina, investigates the strict relationship between materials and forms in architecture and industrial design. 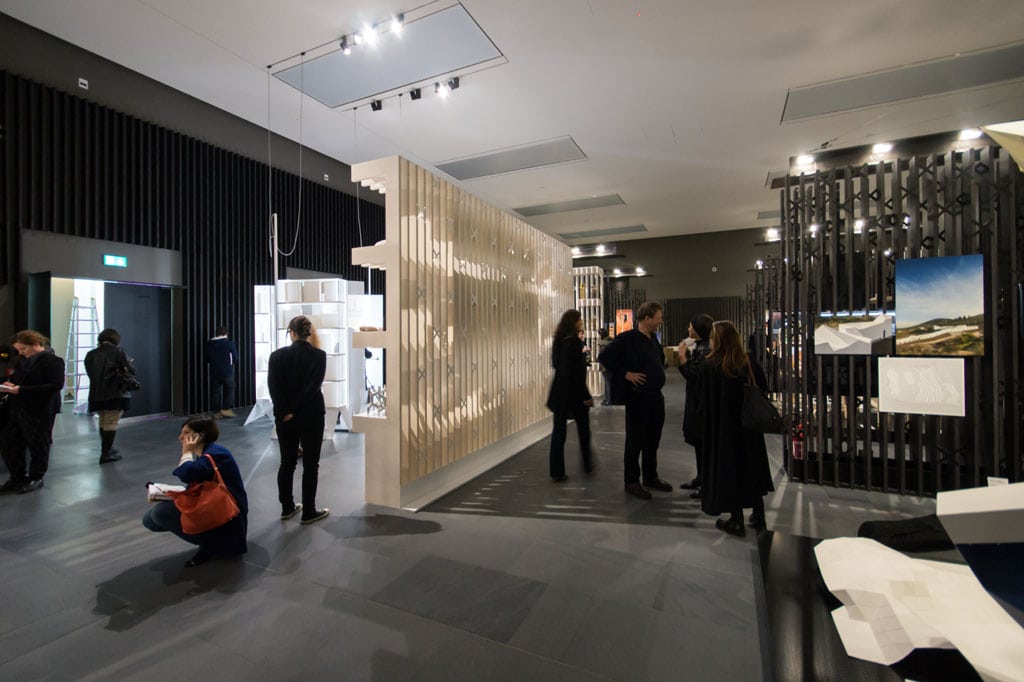 Installation views of “Sempering”, on view at the MUDEC museum in via Tortona

The exhibition concept originates from the fours categories coined by Gottfried Semper in 1851 – the year of the London Great Exhibition – in the essay Die vier Elemente der Baukunst (The Four Elements of Architecture), in which the German architect describes them as the fundamental constituents of architecture and building techniques in all places and times.
However, differently from other similar essays written in the 19th century, Semper goes beyond compiling a simple taxonomy of architectural elements, and creates relationships between construction skills and building parts; thus “the different technical skills of man became organized according to these elements: ceramics and afterwards metal works around the hearth, water and masonry works around the mound, carpentry around the roof and its accessories (…) enclosure (evolved from) the art of the wall fitter, that is, the weaver of mats and carpets” (Gottfried Semper (1851), The Four Elements of Architecture, Cambridge, Cambridge Press, p. 103) 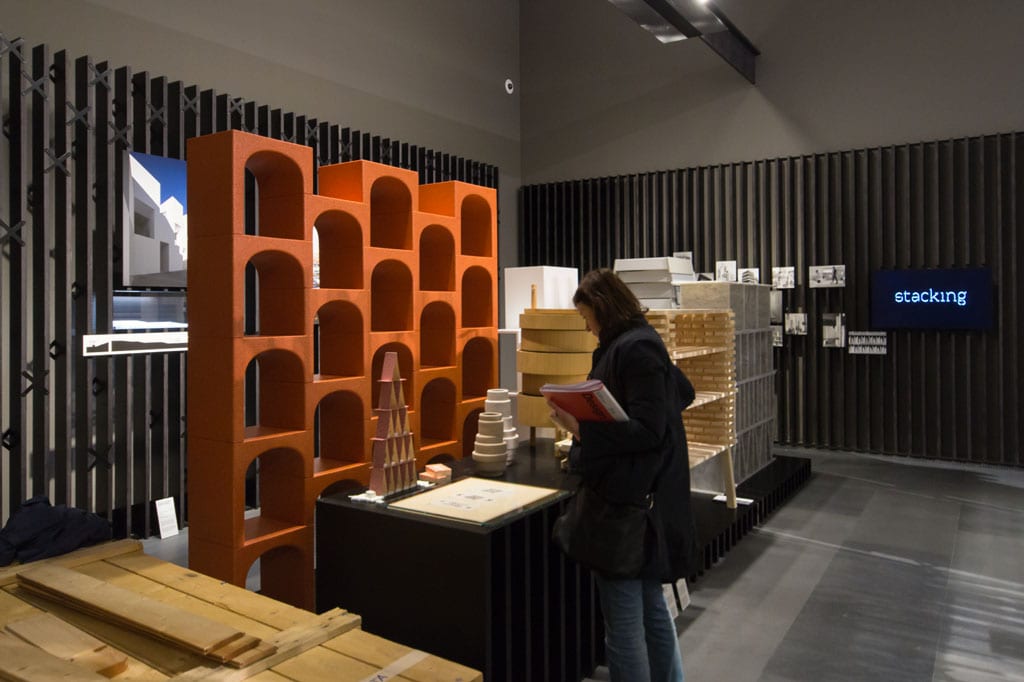 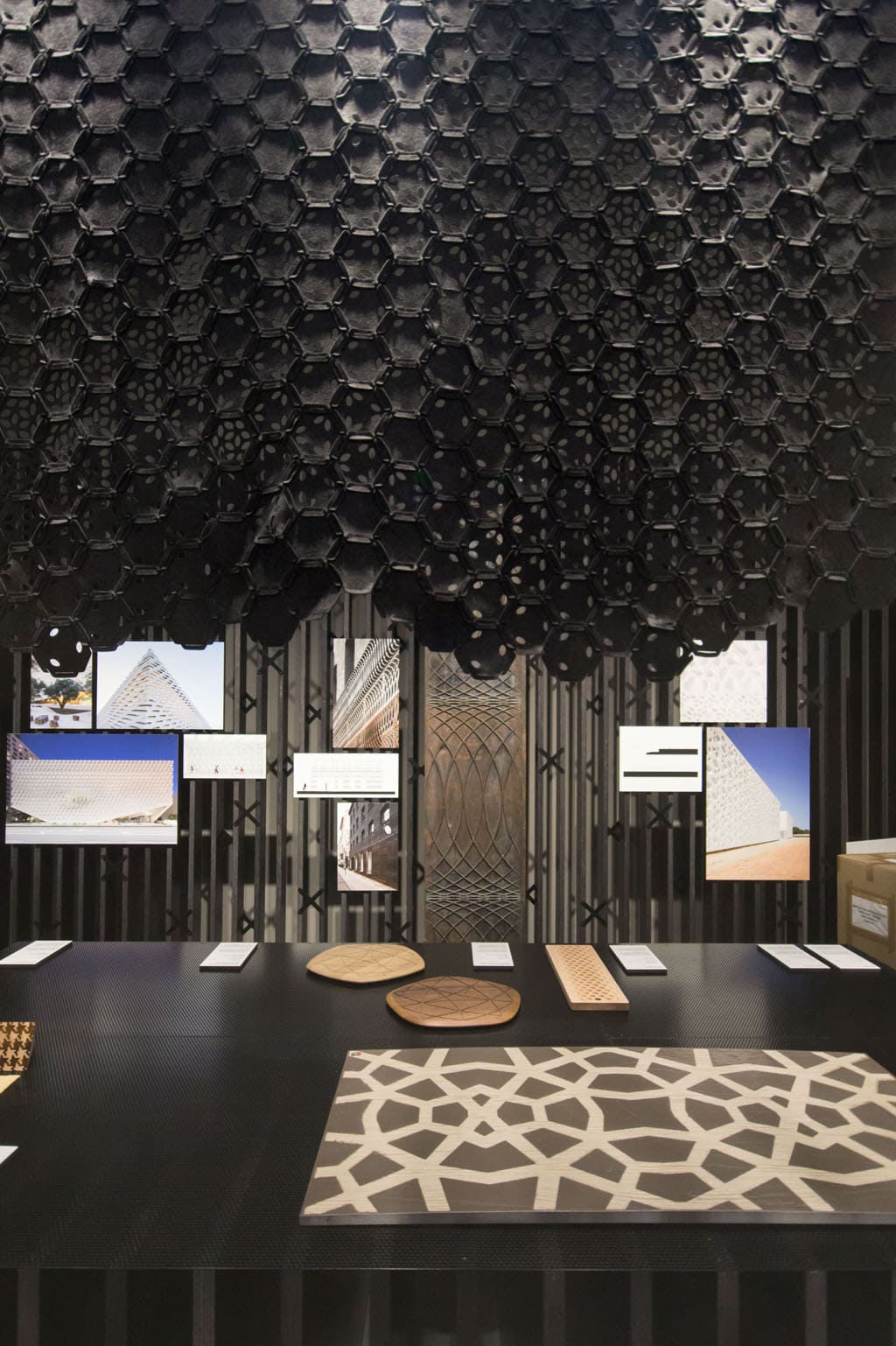 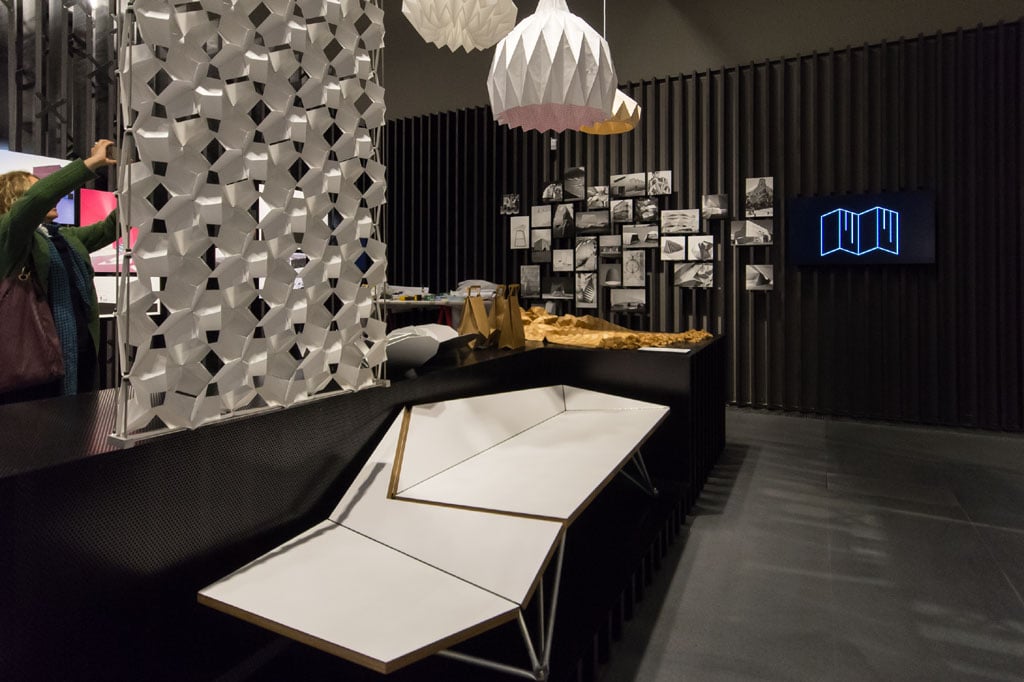 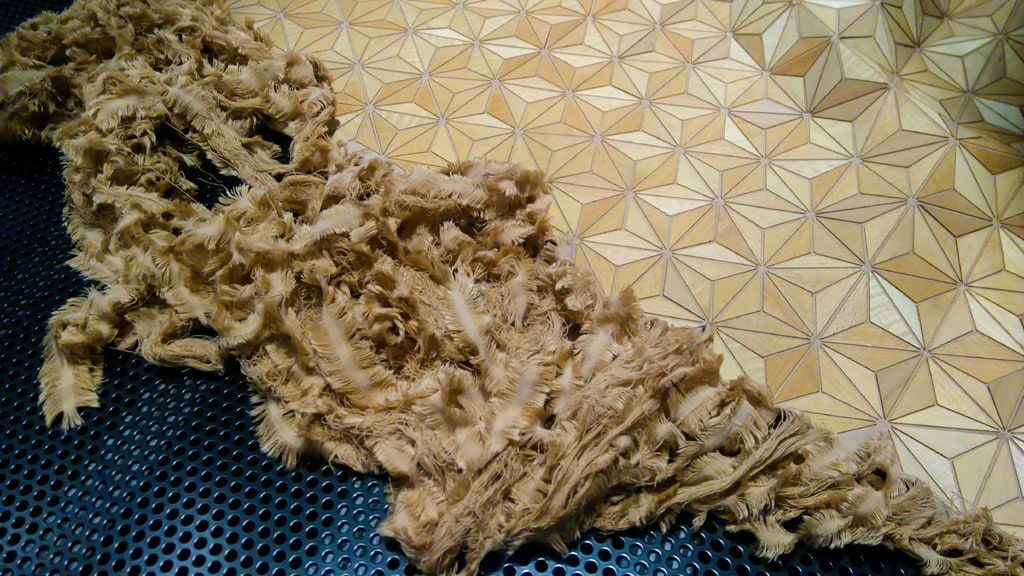 The section “Folding” and a detail of the textile made of wooden tiles, designed by Elisa Strozyk

Sempering talks about architecture and design, and does it clearly, by providing the visitors instruments and elements to understand how much final form is closely related to the manufacturing process which generated it. 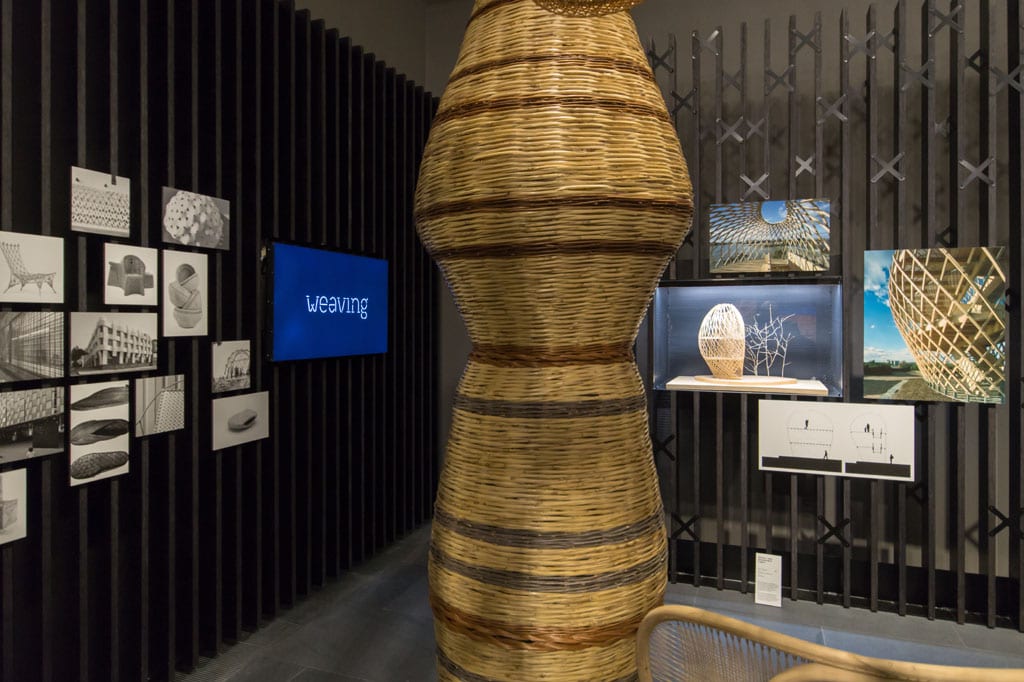 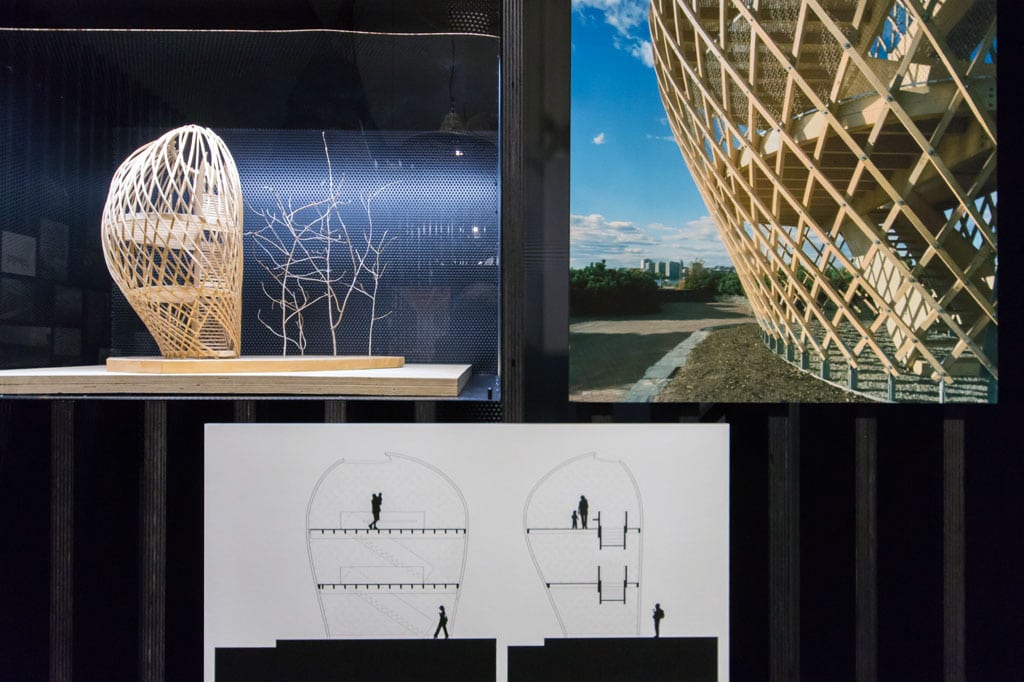 The exhibition is divided into nine sections; while the eight dedicated to manufacturing categories are enclosed by partitions made in pierced dark wood, the introductory section – which explains the title and cultural reference of the exhibition – is made of white-colored shelves and walls, on which manuscripts by Semper and documents by other authors, such as Paul Schmitthenner and Sigurd Lewerentz, are on show together with works by students of major schools of design and architecture. 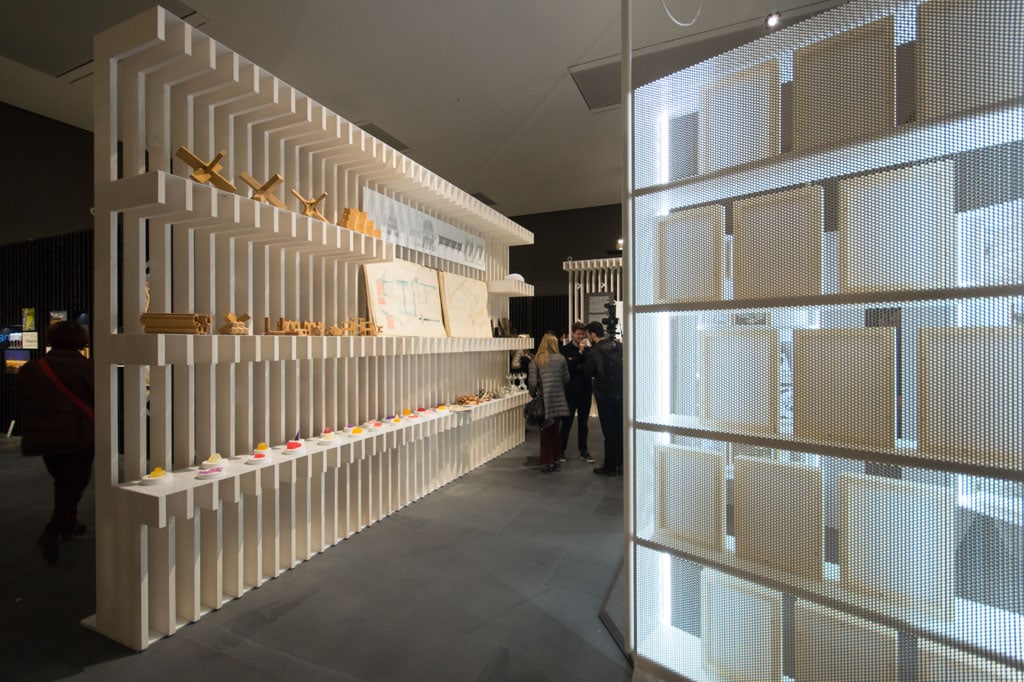 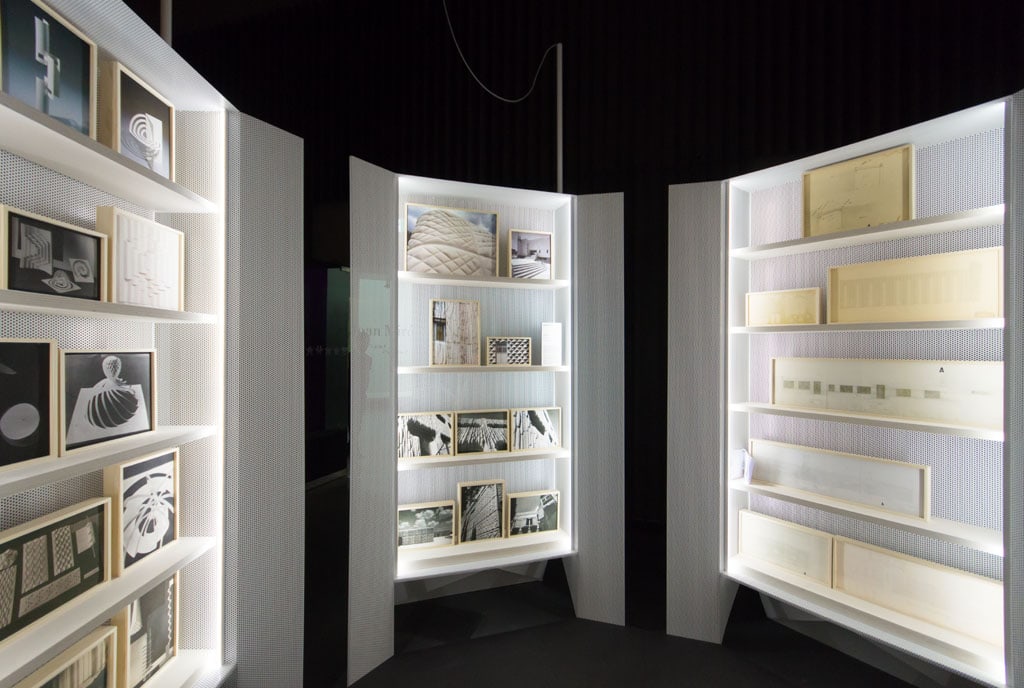 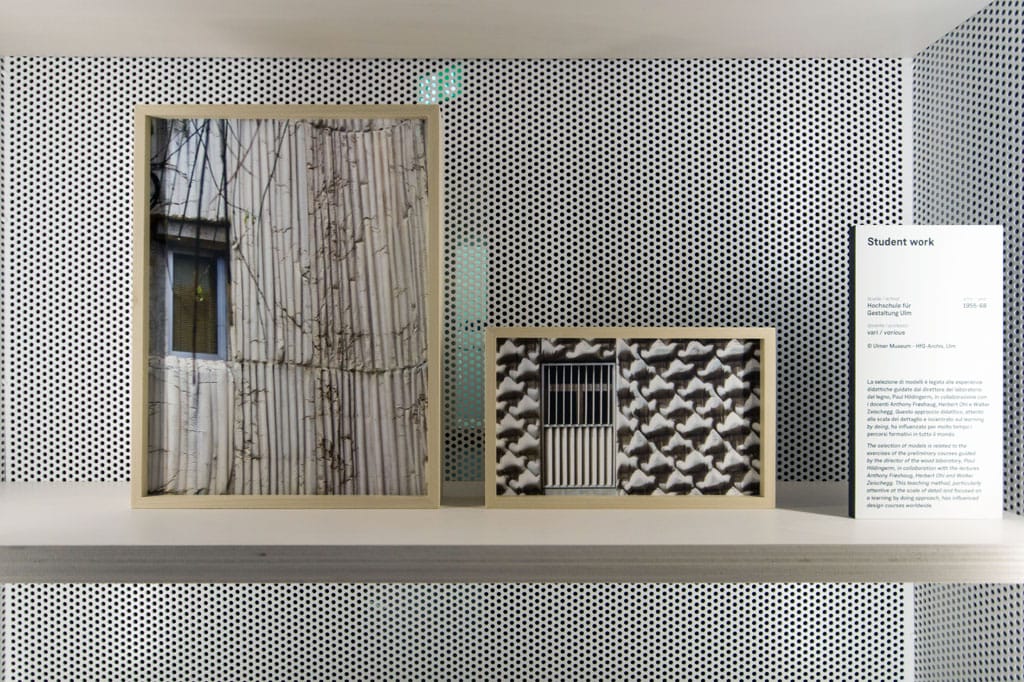 Three views of the introductory section, with theoretical models and work by students of international architecture and design schools 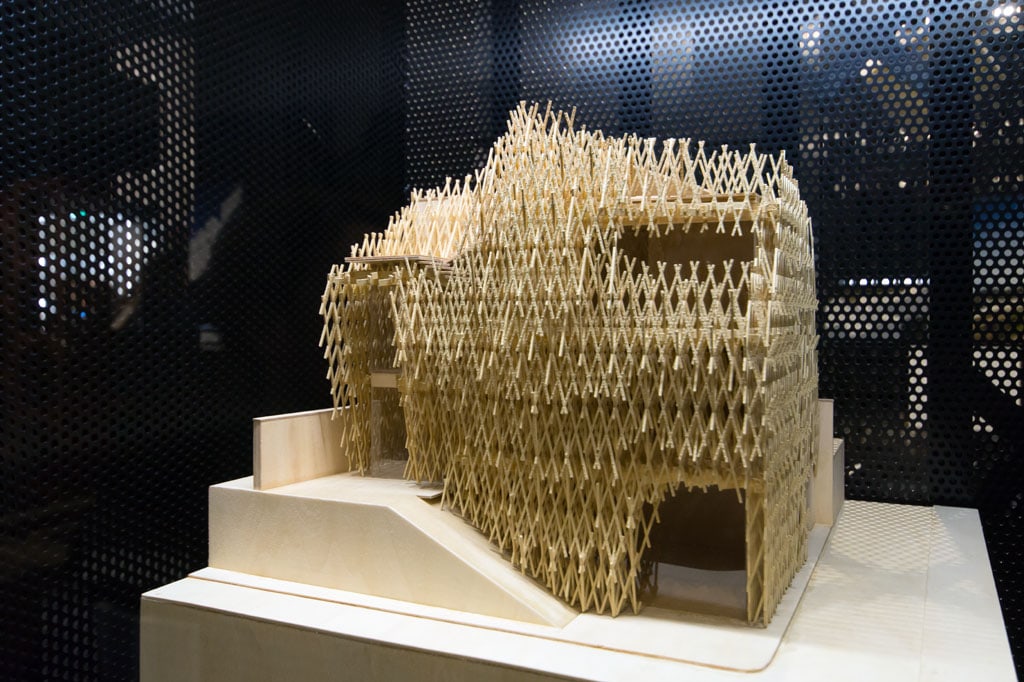 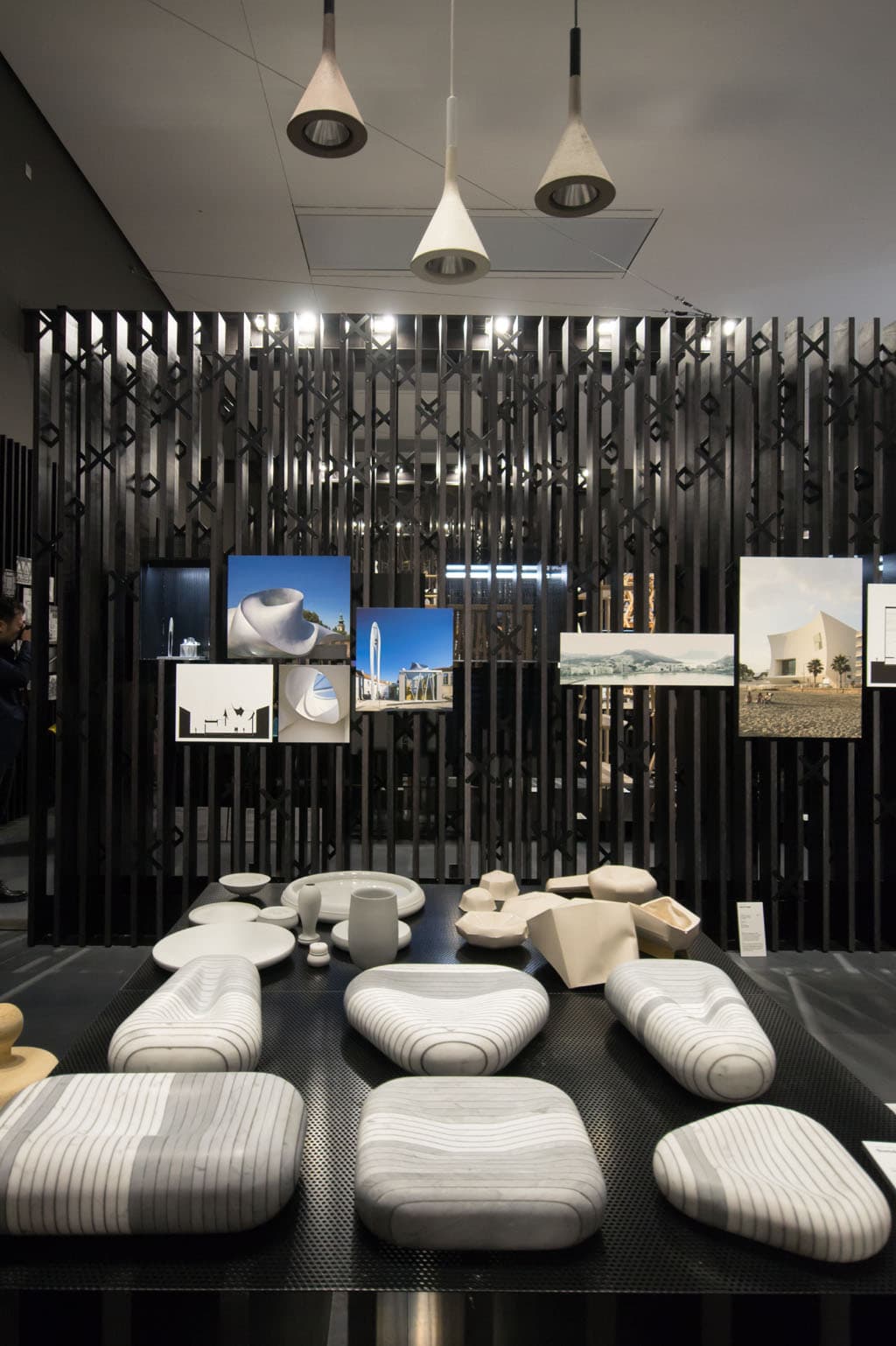 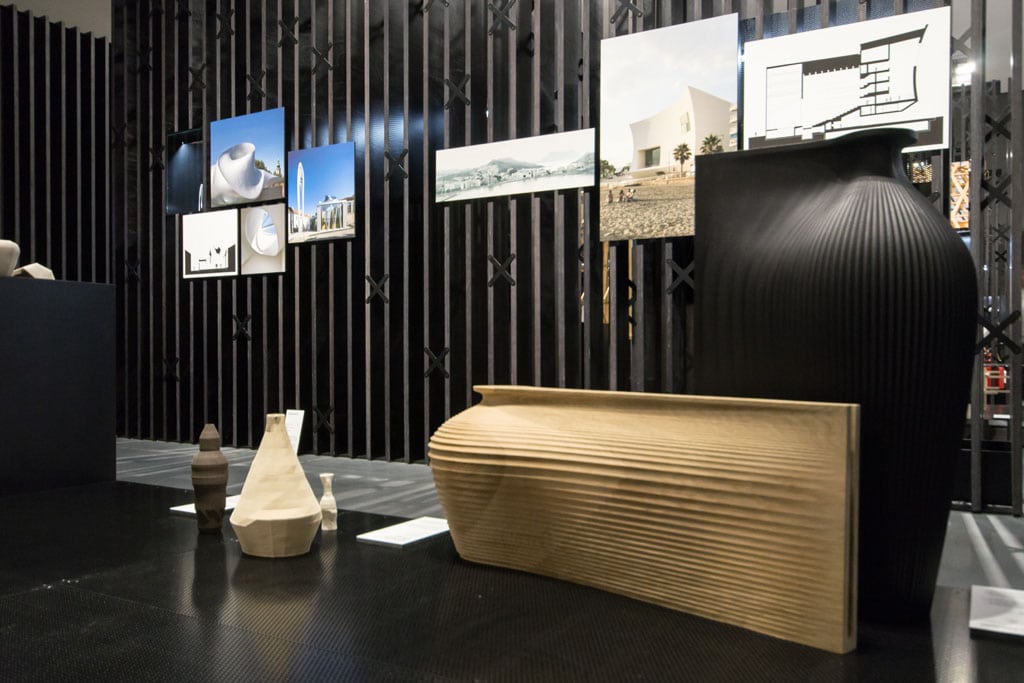 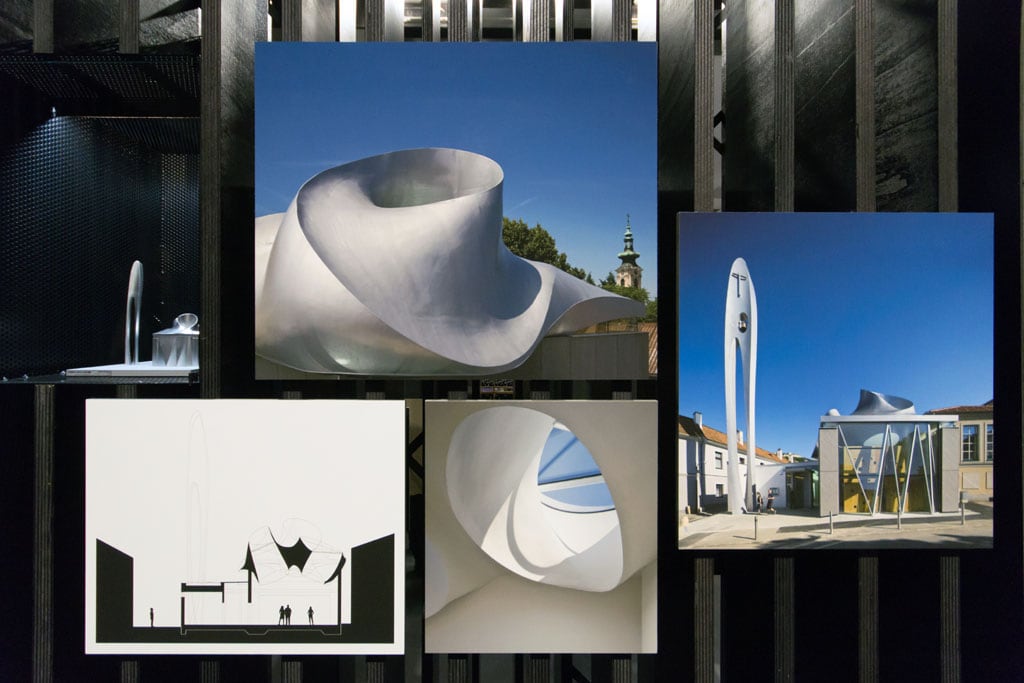 Scale model, drawings and photos of the Martin Luther Church in Hainburg-Donau by Coop Himmelb(l)au 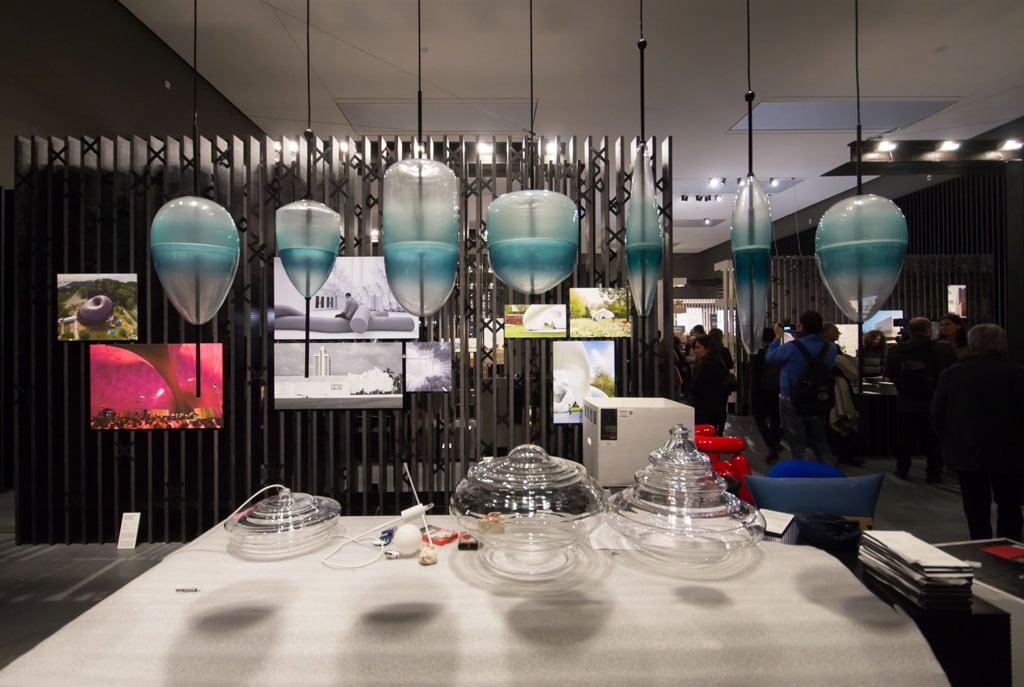 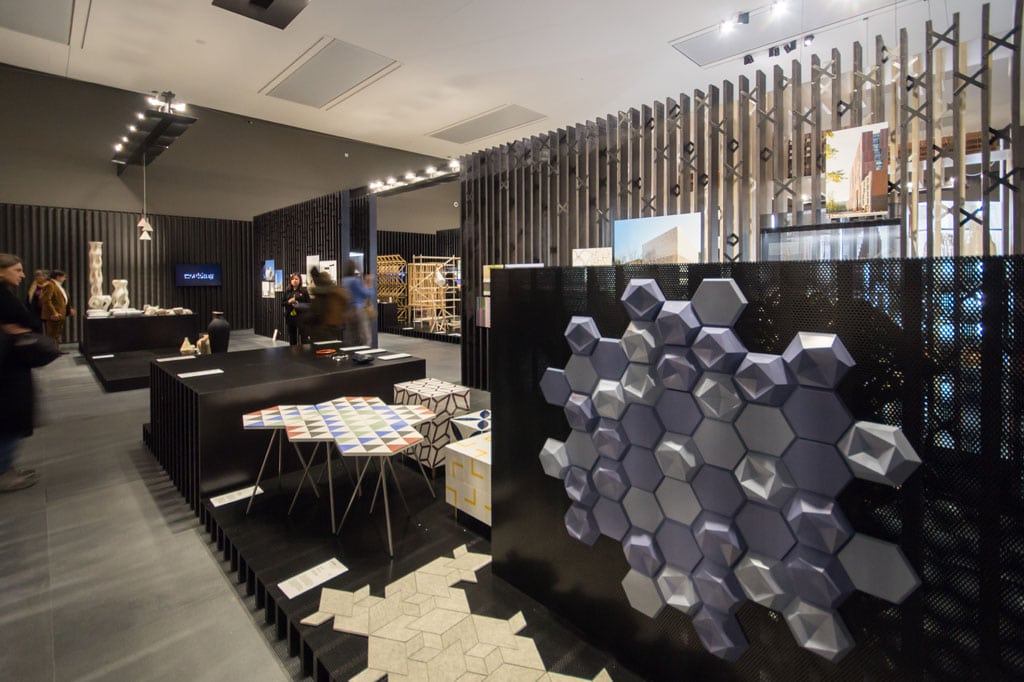 Installation view of the sections “Blowing” and “Tiling”

sponsored links
Where is this? Find it through MYMUSEM search
MUDEC – Museum of Cultures | Milan

The MUDEC – Museo delle Culture is an ethnographic museum in Milan; designed by British architect David Chipperfield, the msueum opened on March 25, 2015