Helsinki | An overview of the Kiasma museum by Steven Holl 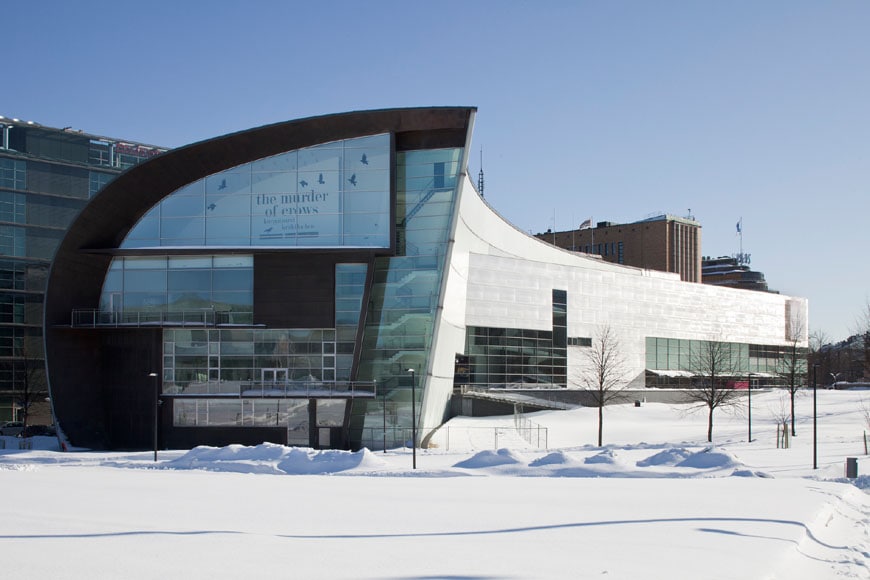 The Kiasma Museum by Steven Holl Architects, an overview

On the occasion of the re-opening of the Museum of contemporary art Kiasma in Spring 2015, we have prepared a coverage on the history and architecture of one of Finland’s most celebrated museums.

When American architect Steven Holl in 1995 entitled his competition proposal for a new contemporary art museum in Helsinki “Chiasma”, he was suggesting a place where different physical and perceptual elements intertwine. Chiasma is indeed a scientific term indicating the intersection of filaments, such as optic nerves, in anatomy and the exchange of genetic material between two chromosomes in genetics.

Why this quite uncommon world, dubbed Kiasma in Finnish, has also become the name of the museum itself becomes evident when examining it a bit closer. 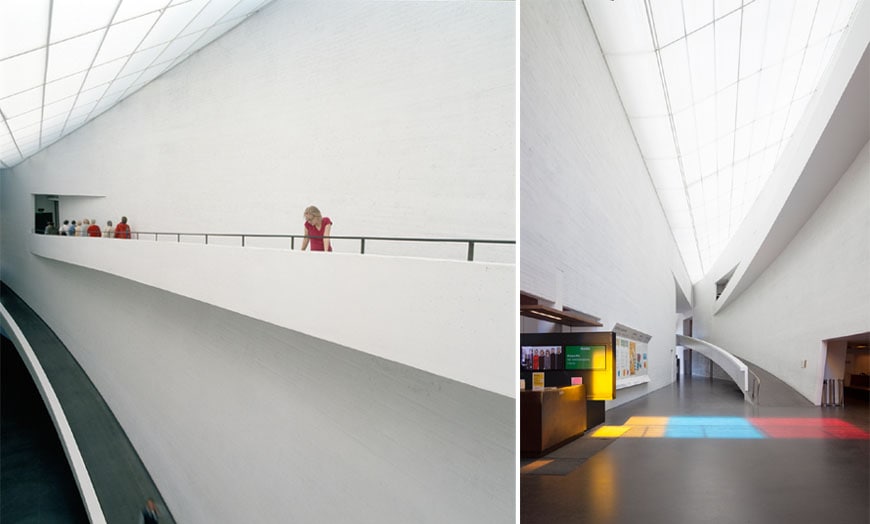 art and people
This is the first interconnection that comes to mind, contemporary art museums are more and more becoming places of interchange rather than pure exhibition venues. This attitude is particularly evident at the Kiasma, where contribution and participation to activities by the public, by children especially, is strongly encouraged. Furthermore is often necessary to conceive such kind of museums as much “open” as possible, since contemporary art frequently requires to be contextualized and explained, as the Kiasma does through conferences, workshops, and live performances. 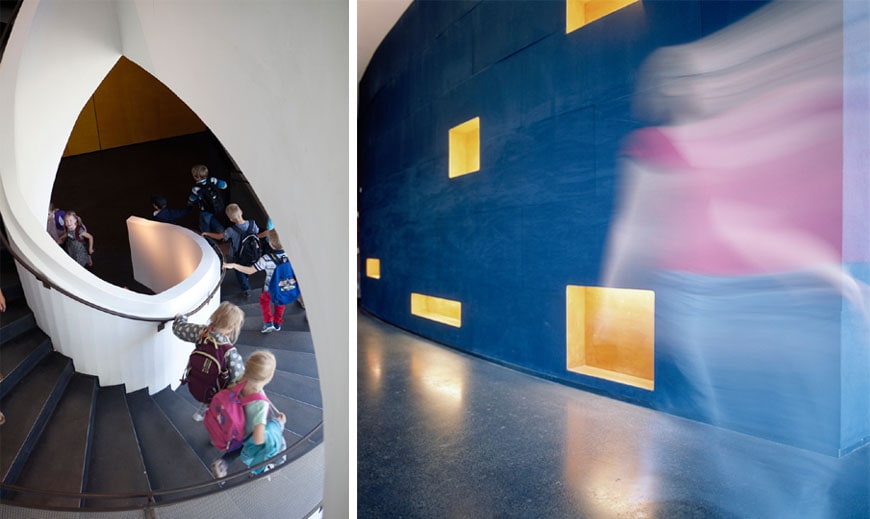 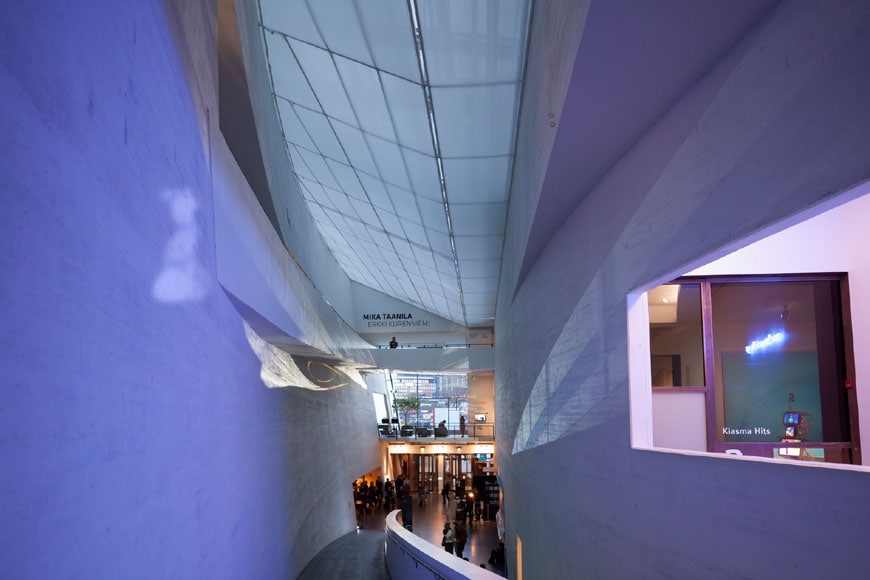 light and shade
Holl conceived a building where light plays an emotional, along with a functional, role. Nordic countries light differs from that of any other place: it changes substantially through the seasons and in Finland can frequently be a horizontal beam entering the buildings from directions that are uncommon at southern latitudes. Thus the core of the building, a narrow internal space dominated by the long curved ramp connecting the lobby with the exhibition galleries, would be very dark if not illuminated by a glass ceiling which provides a vertical illumination that, also due to the curved wall enclosing the space, dramatically evolves during the times of the day. 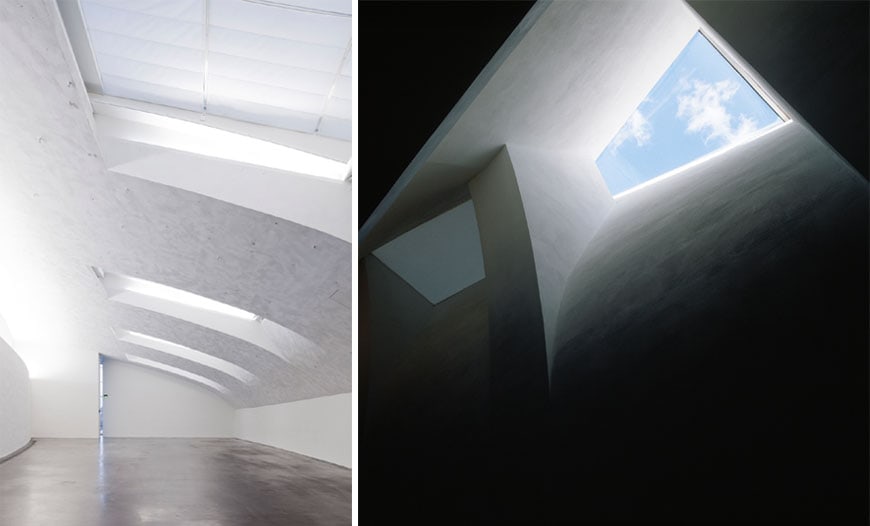 small and large
The Kiasma is very dynamic in its spaces: almost square exhibition rooms alternate to elongated and tall spaces, such as the already mentioned entrance lobby, and the larger galleries. In general, from the outside, the building appears as a long regular strip, while internally it reveals a complex and articulated sequence of spaces, different in height, dimension and shape, often overlooking on one another and sometimes opening the view toward the wide urban panorama bordering the western side of the museum. 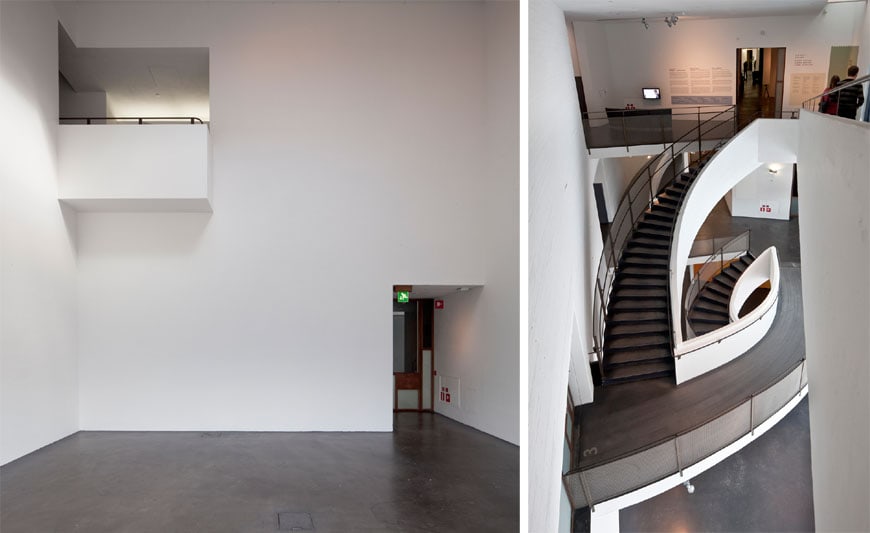 curve and straight
The first thing that perhaps people notice when looking at the Kiasma building is its curved glass and zinc-alloy facade, but a closer look will reveal the straight volume intertwining with it. This resembles the “chiasma” figures Holl probably was referring to when choosing the name for his project. There are early sketches where the two inter-crossing figures are both straight indeed, but the physical and historical constraints of the site eventually led to two different shapes, one curve and one linear. 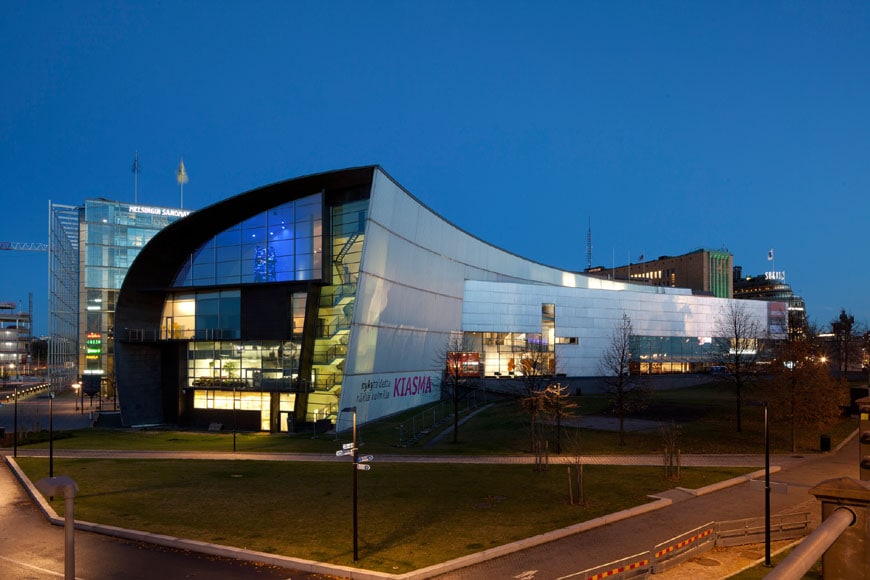 outside and inside
Holl has always underlined the relationships between the building and the surrounding landscape, with nearby Mannerheimintie road and Alvar Aalto’s Finlandia Hall and more distant Töölö Bay, above all.
Entering the building, the main sensation is to be in a very “closed” space and only by walking across it sudden views towards the outside reveal. Together with the room differences in size and shape, mentioned earlier, this complex visual relation with the outside was intended so that “The Helsinki Museum of Contemporary Art provides a variety of spatial experiences” (Steven Holl)

The Kiasma was opened in 1998, on a gross floor area of 12,000 m2, distributed on 5 levels, the museum includes temporary and permanent exhibition spaces, a theater, a store, a café, and a workshop. The museum’s activity is primarily devoted to the presentation and promotion of Finnish and international contemporary art in its various forms, including visual arts, new media, cinema, theater, and dance. 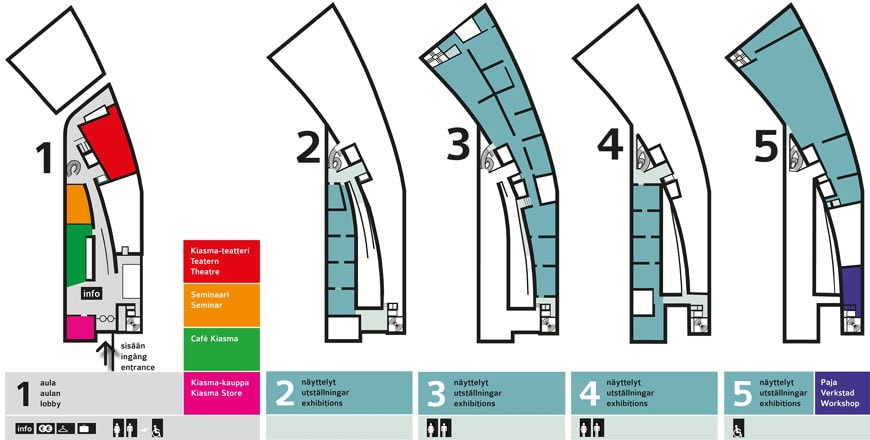 Just after celebrating its 15th anniversary, the Kiasma has been closed for six months for major renovation works, mainly aimed to renovate the glass ceiling of the building and to adopt an up-to-date solution for the museum’s technical systems. The museum reopens in March 2015, with three exhibitions; a retrospective on Robert Mapplethorpe, an exhibition inspired to the elements of nature and one dedicated to portraiture. 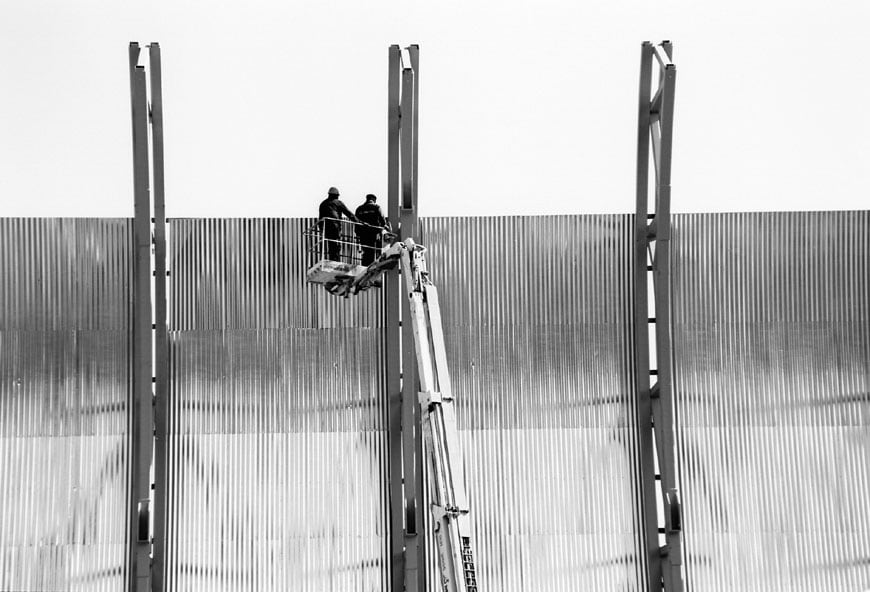