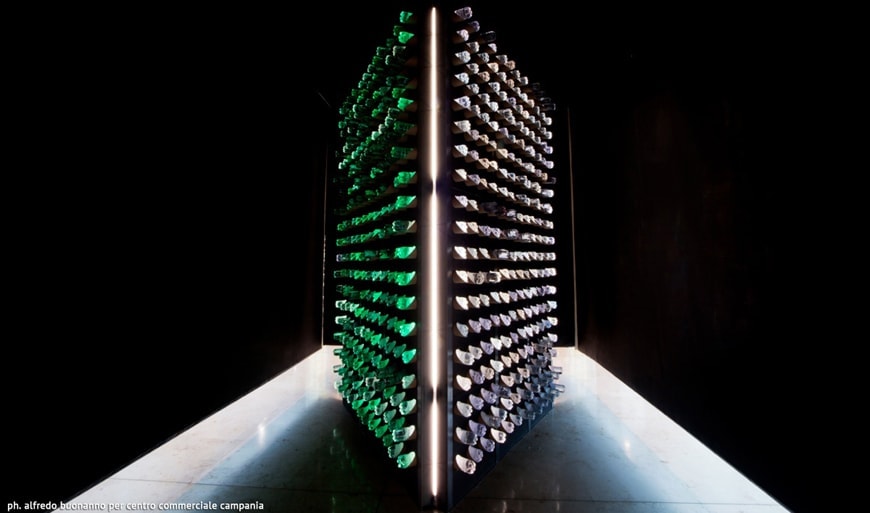 The Crazy Shiny Diamonds installation by studio sa.und.sa talks about an important issue: the life of those objects that every day we all use and soon throw away, often not caring much about the consequences. This clever work shows indeed how even the most humble things could be reinvented and find a new creative use. (Inexhibit)

The project Crazy shiny diamonds, was part of the “Ri-Festival 2012”, festival of Sustainable Recycling.
Waste materials, collected from the recycling areas of the Campania Shopping Centre, were selected and re-assembled so to realise some interactive installations, exhibited in the same commercial gallery the waste came once from.
The interactive space has shown a different possible use of the plastic bottles recovered from the collection points within the shopping mall. After entering into a black box, raised from the ground, visitors had the opportunity to challenge their own imagination and creativity.
Several coloured bottles, filled with water and mounted on a prism formed by three cardboard walls, became luminous pixels that could be turned on and of by sliding a very simple lid, thus interrupting the light flux entering the bottles from behind. The water contained in the bottles – acting like an optical fiber – conveyed the light coming from inside the cardboard prism, so that visitors had the possibility to turn on or off over 700 points of light, creating always different lighting textures and ambiances.
The playful installation is inspired by a low-impact lighting system adopted in the Philippines and capable to obtain the same lighting power of a 50W bulb by simply conveying the outer sun light inside a house. 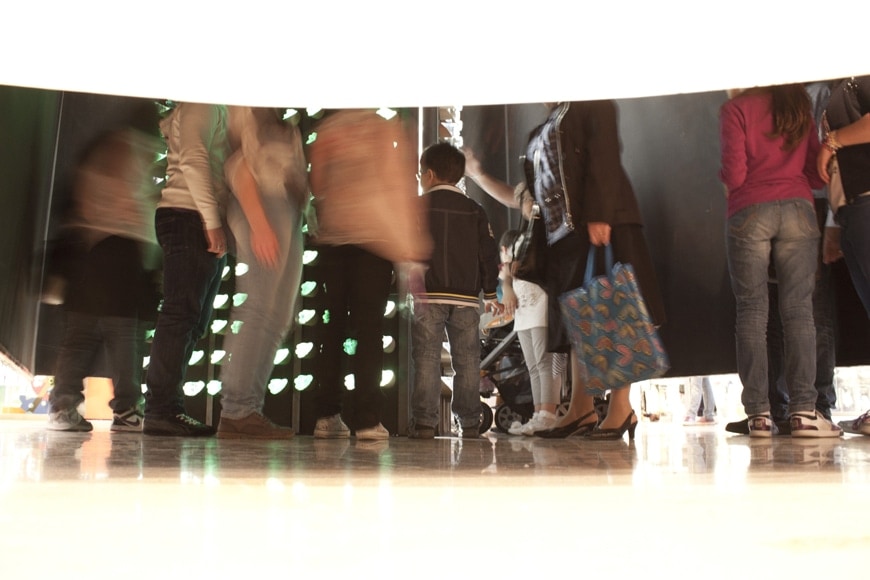