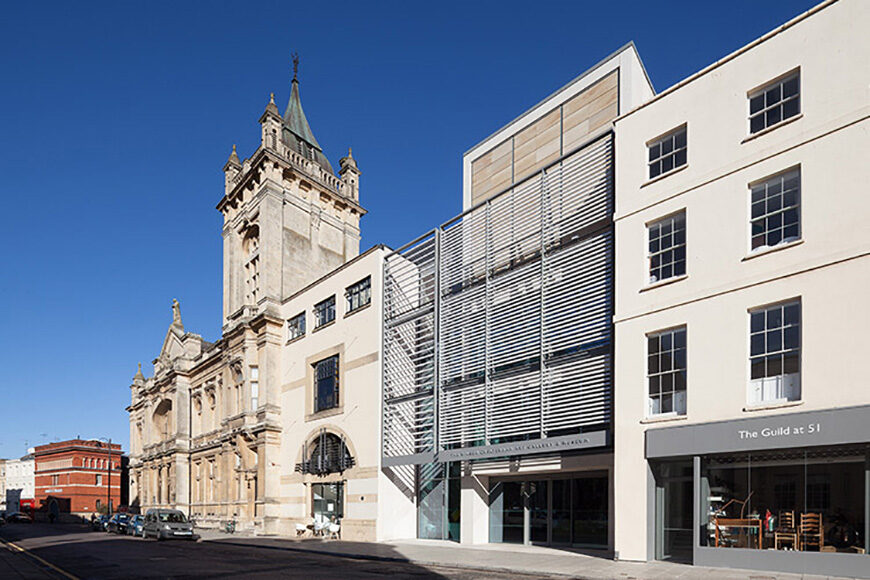 Previously known as Cheltenham Art Gallery, The Wilson in Cheltenham, Gloucestershire, United Kingdom, is the leading museum of fine and applied arts in the Cotswold region.

Above, the south facade of The Wilson Gallery and Museum on Cheltenham’s Clarence Street, with the historic building on the left and the 2012 extension on the right. Image courtesy of BGS Architects.

Founded in 1899 after a donation of 43 paintings by Charles Conrad Adolphus du Bois de Ferrieres – third Baron de Ferrieres and Cheltenham’s second mayor – the museum has been housed in the city’s Victorian-style library building since 1905.
Due to the increasing space occupied by its constantly-growing collection, the museum was enlarged in 2012 with an award-winning extension designed by Oxford-based firm Berman Guedes Stretton Architects; on the occasion, the Cheltenham Art Gallery was renamed to The Wilson, in honor of Cheltenham-born explorer Edward Wilson.
The new 1,300-square-meter / 14,000-square-foot extension is a highly sustainable construction which, though unmistakably contemporary in style, the architects designed to harmonize with the existing historic home of the museum, a Grade II listed building designed by William Hill Knight in the second half of the 19th century. 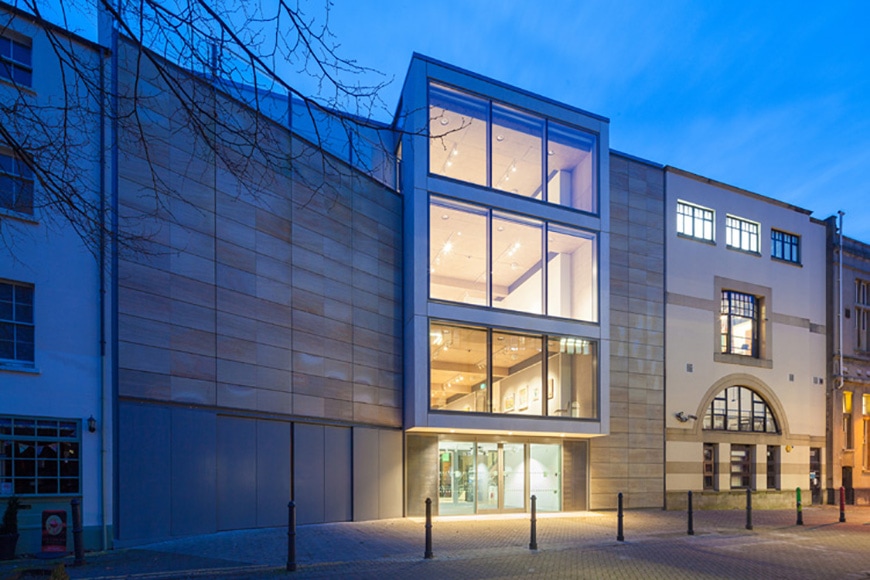 The Wilson, the south facade on Chester Walk.

The over 5000-item collection of The Wilson is quite diverse and comprise one of Britain’s most important collections of the late 19th-century Art & Craft applied art movement – including pieces of furniture, silverware, jewelry, pottery, textiles, prints, and books some of which designed by the movement co-founder William Morris (1834-1896) – together with Dutch, Belgian and French paintings, and local history artifacts dating from the early Middle Ages to the present.

Along with eleven exhibition galleries, The Wilson also contains a learning center, education spaces, an open archive, a cafe, and a book & gift shop. The museum is fully accessible. 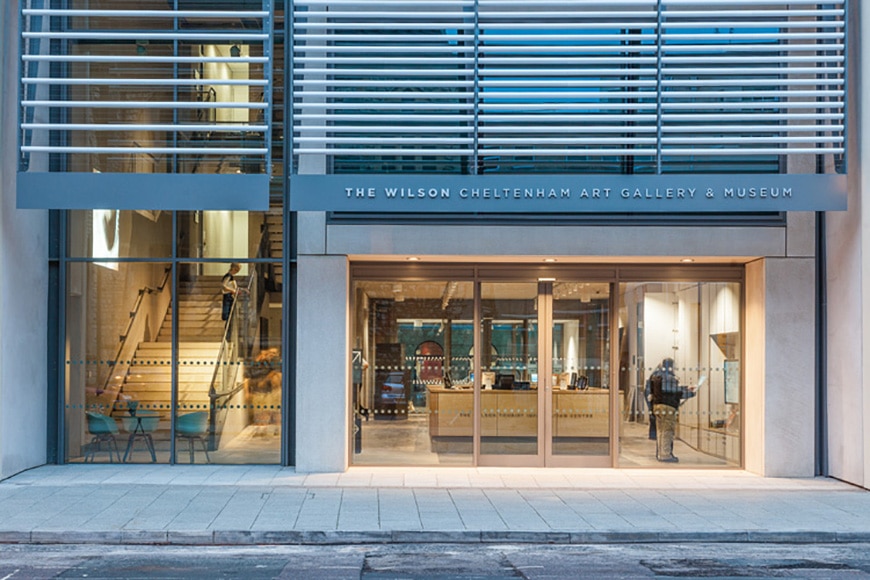 The main entrance of the museum. 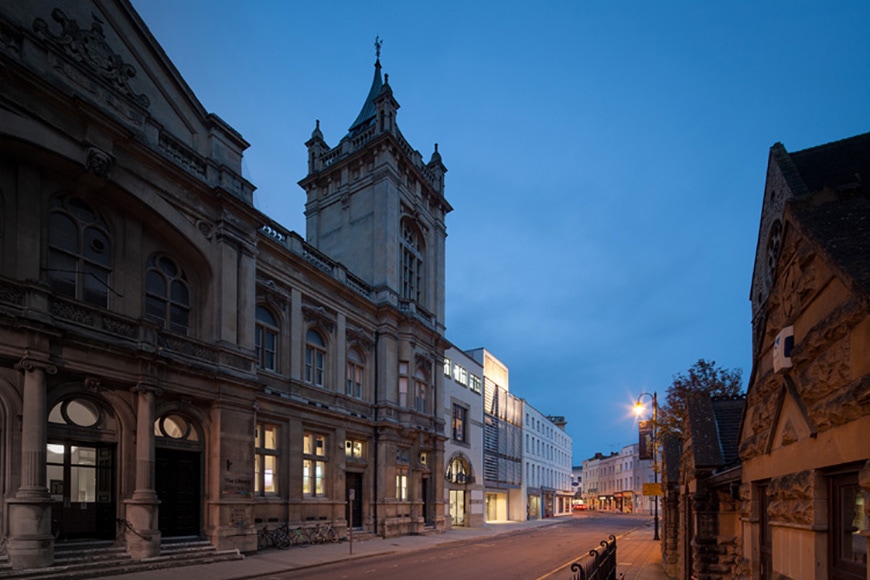 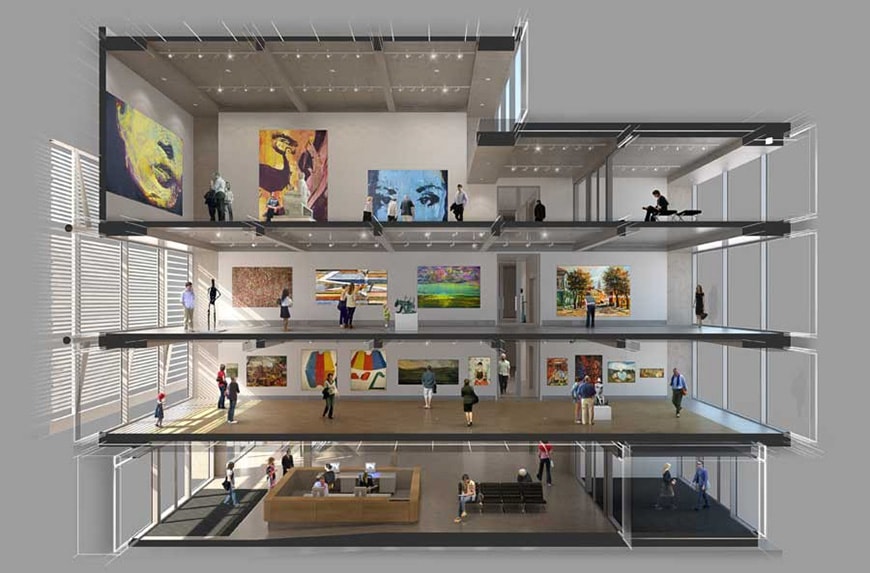 The lobby of The Wilson Art Gallery and Museum. 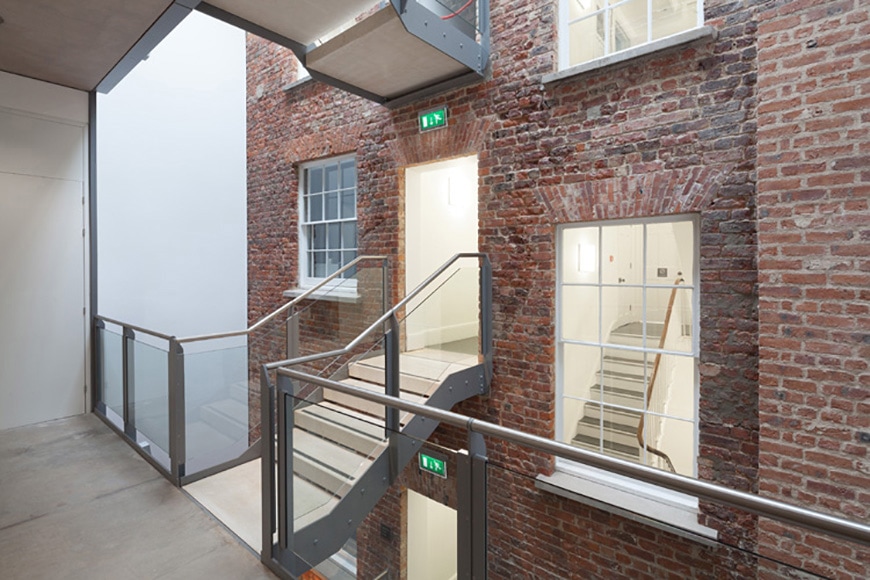 A picture showing the void and with the stair between the old building and the 2012 extension. 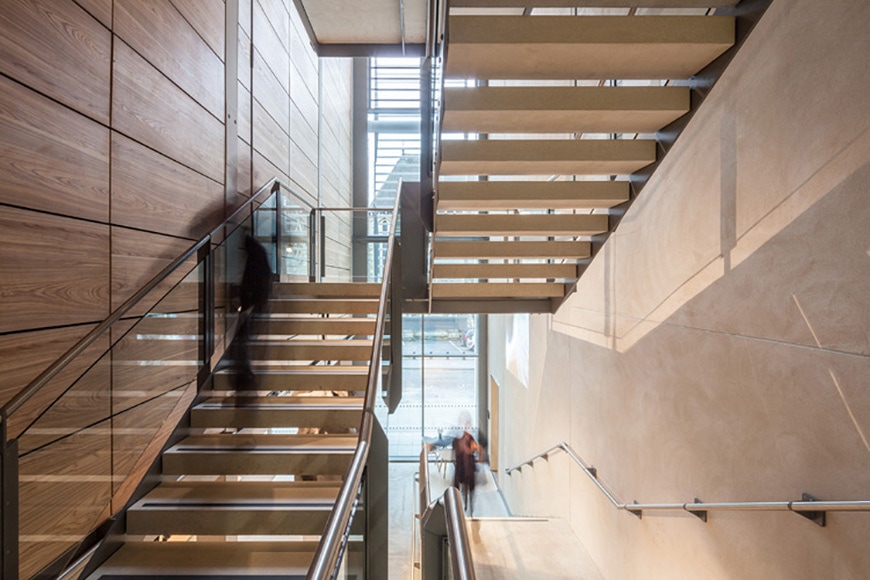 The stair that connects the lobby with the galleries on the first, second, and third floors. 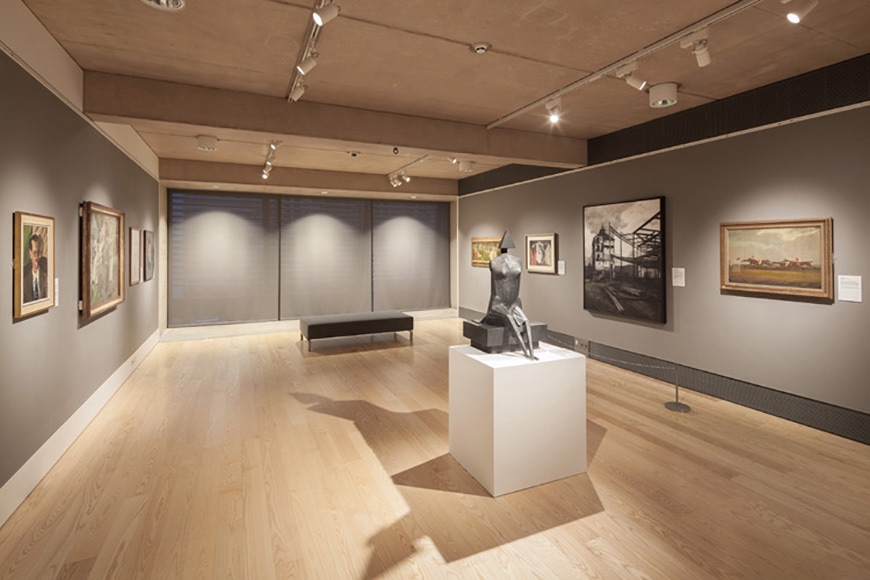 A vew of one of the galleries of the permanent exhibition.

All images courtesy of BGS Architects.