The MNAC – Museu Nacional d’Art de Catalunya (National Art Museum of Catalonia) is an important art museum at the Parc de Montjuic in Barcelona, where the Mirò Foundation, the Archaological museum and the Caixaforum exhibition center are also located.

The MNAC is housed inside the Palau Nacional, a renaissance revival building realised in 1929 for the World Exposition. The museum is primarily dedicated to Catalan art from the Middle-Aages to the 20th century, but also displays works from international masters.
The permanent exhibition is divided into chronological sections. The Romanesque and Gothic collections present paintings, woodcarvings, enamels and sculptures, mainly from Catalan and Spanish artists, dating from the 11th to the 15th century. The Renaissance and Baroque collections include artworks from Spanish and International artists, including Beato Angelico, El Greco, Cranach, Annibale Carracci, Velasquez, Francisco de Zurbaràn, Titian, Rubens, Tiepolo and Canaletto; a part of these artworks is on loan by the Thyssen-Bornemisza museum of Madrid. The Modern Art section presents 19th and 20th century works, including paintings by Gaudì, Dalì and Picasso, as well as a large selection of  pieces of the Catalan Modernisme current. The MNAC also houses numismatic, photographic and drawing collections.

The museum organizes temporary exhibitions, special events, workshops and learning courses for adults and children. A restaurant, a library and a shop are also available to the visitors.
The MNAC museum is wheelchair-accessible. 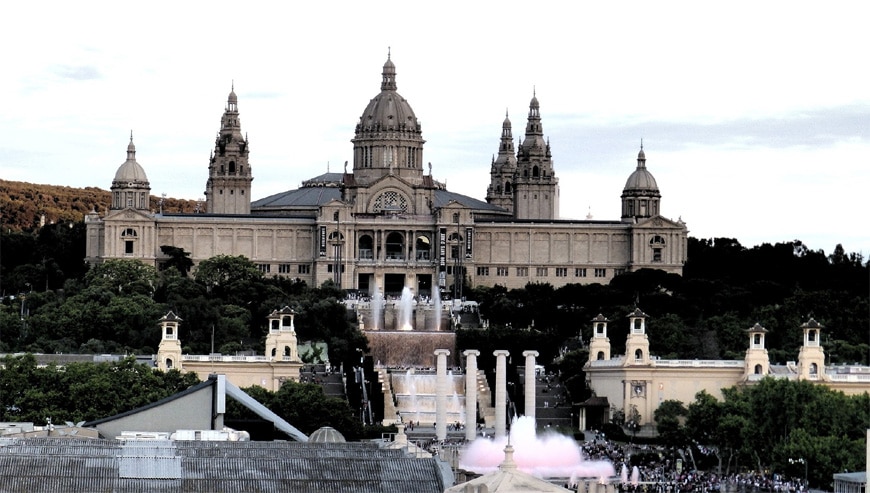