‘Wolfsburg Connect’, Henning Larsen’s masterplan for the city of Wolfsburg in Germany 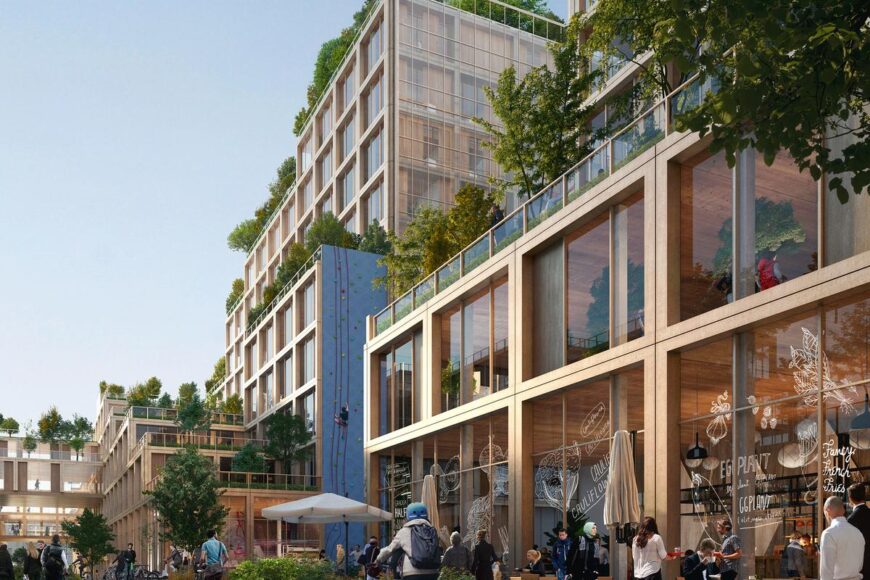 ‘Wolfsburg Connect’; Henning Larsen’s masterplan for the city of Wolfsburg in Germany

Wolfsburg Connect, Henning Larsen’s new masterplan for the city of Wolfsburg in Germany – known as the seat of the Volkswagen automotive industry – aims to set the standard for a more connected and liveable European city.
Selected by client and developer SIGNA, and with input from Stadt Wolfsburg, and Wolfsburg AG, Henning Larsen’s design for the 13.6-hectare masterplan creates a prototype for small-scale urbanism, an increasingly crucial typology as the world’s population continues to move towards cities. Wolfsburg Connect prioritizing connection and mobility; the masterplan is located within the center of the city, a long, triangular site bordered by rail lines and a major boulevard. Included within its bounds are Wolfsburg Hauptbanhof and the existing bus station, both of which are to be expanded in the new plan. From this mobility hub – conceptually and geographically central to the project – users can choose from many options including bus, taxi, city bicycles.
The range of mobility options results in a layered city fabric, tied more to the scale of the person than the scale of the car. Ground-level retail, tech, and creative workshops are woven together with greenery and outdoor amenities to create an active public realm throughout the day. Courtyards between blocks will be open public thoroughfares, creating an inside-out urban experience that rewards pedestrians and cyclists. A few levels higher, the offices and residential units are crowned by hanging gardens, walkways, restaurants, and bars. The diverse mix of offices, residences, hotels, shops, and leisure spaces creates a city that is alive all day thanks to the core concept of Wolfsburg Connect, which is to be a mixed-use district in which no monofunctional buildings were planned.
Wolfsburg Connect will be the latest addition to a long line of urban and architectural gems for Wolfsburg, among them the Phaeno Science Center by Zaha Hadid, the Wolfsburg Theatre by Hans Scharoun (designer of the Berliner Philharmonic), The Heilig Geist Kirche and Kulturhaus by Alvar Aalto, and the famed AutoTurme by Henn. 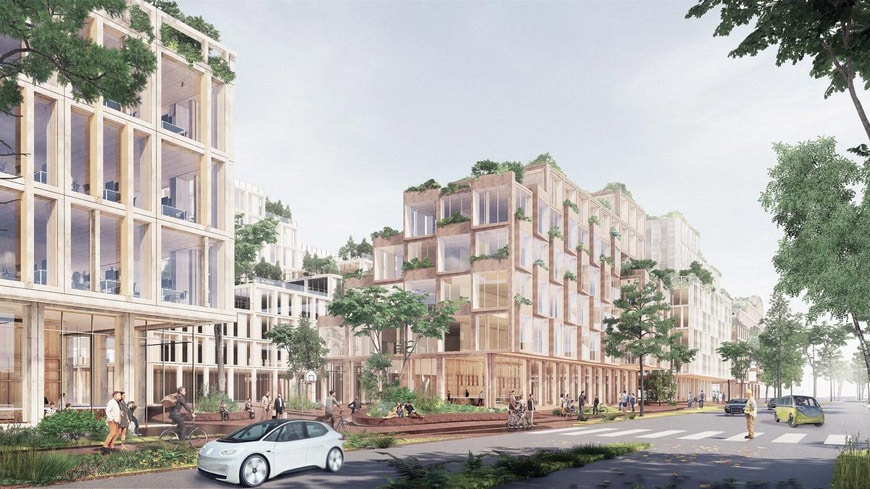 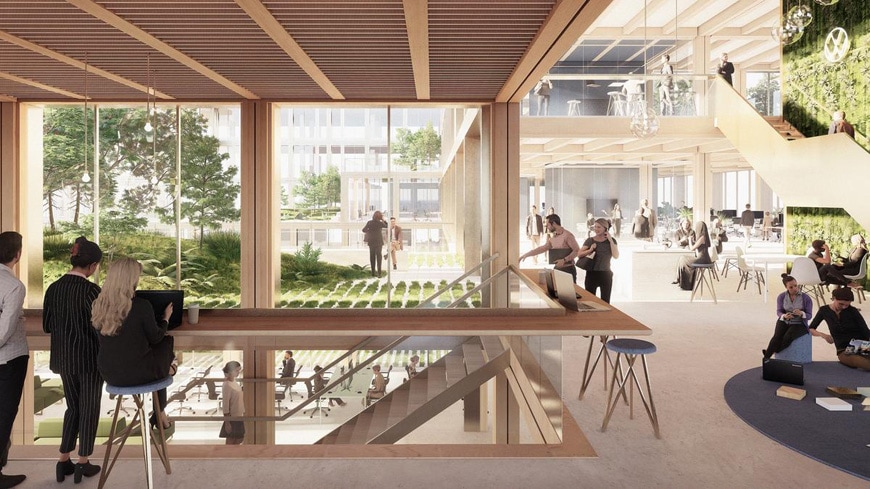 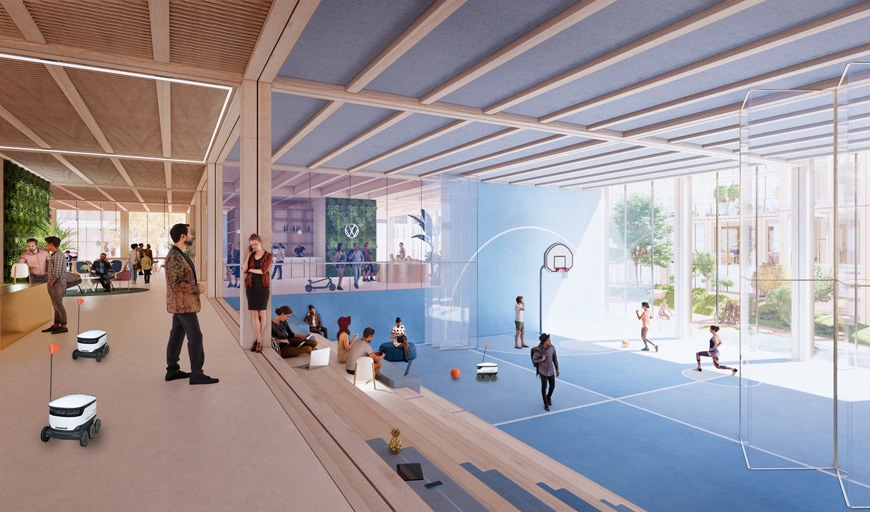 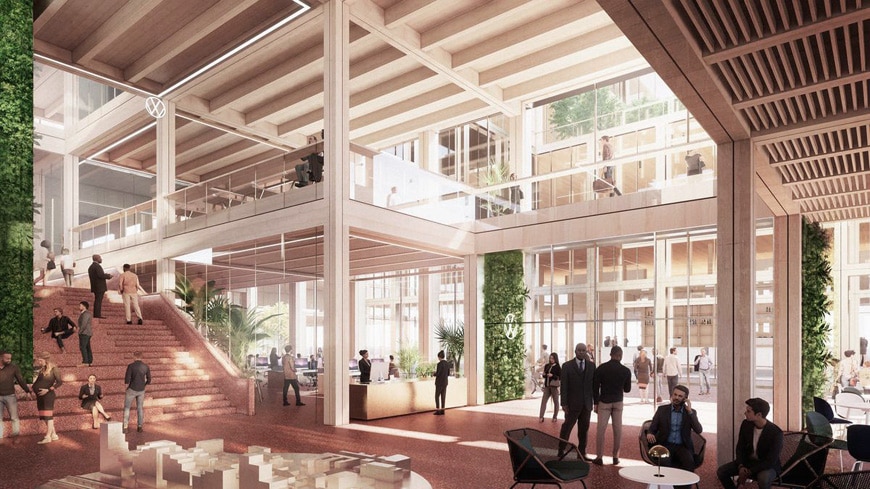 Henning Larsen was selected to design the project in a competition in 2019 that included competitors UNStudio and Bjarke Ingels Group.
Wolfsburg Connect is designed in collaboration with client partners SIGNA, Stadt Wolfsburg, Volkswagen AG, and Wolfsburg AG and with creative consultants Gehl Urban Design, Arup, and Wordsearch.
Phase 1 of the masterplan is expected to reach completion by 2023.