Paris | MAD reveals “Mirage”, a proposal for the Montparnasse tower 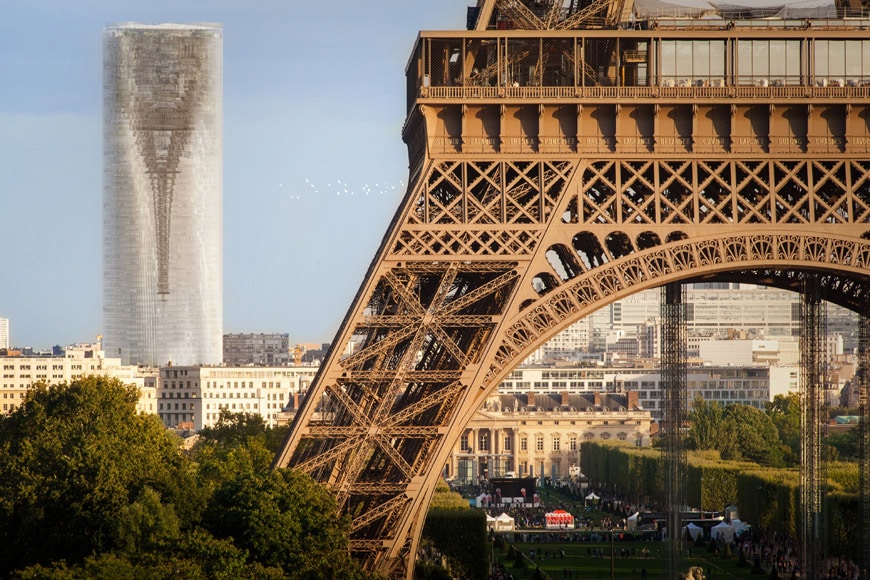 MAD Architects, unveils “Mirage” ─ a renovation proposal for Montparnasse Tower in Paris.
With “Mirage”, the architectural firm based in Beijing, New York and Los Angeles transforms the black monolithic building positioned in the southern area of central Paris into a huge installation which reflects the surrounding cityscape “upside down”.

The proposal is one of the seven shortlisted in the international competition for the renovation and redesign of Paris’ Tour Montparnasse, held in 2016, organized by the Montparnasse Tower’s owners. Other shorlisted entries include those by Architecture Studio, Dominique Perrault Architecture, Nouvelle AOM, OMA, PLP Architecture, and Studio Gang. In September 2017, at the end of the third design stage, the proposal by French architects Nouvelle AOM has been selected as winner. 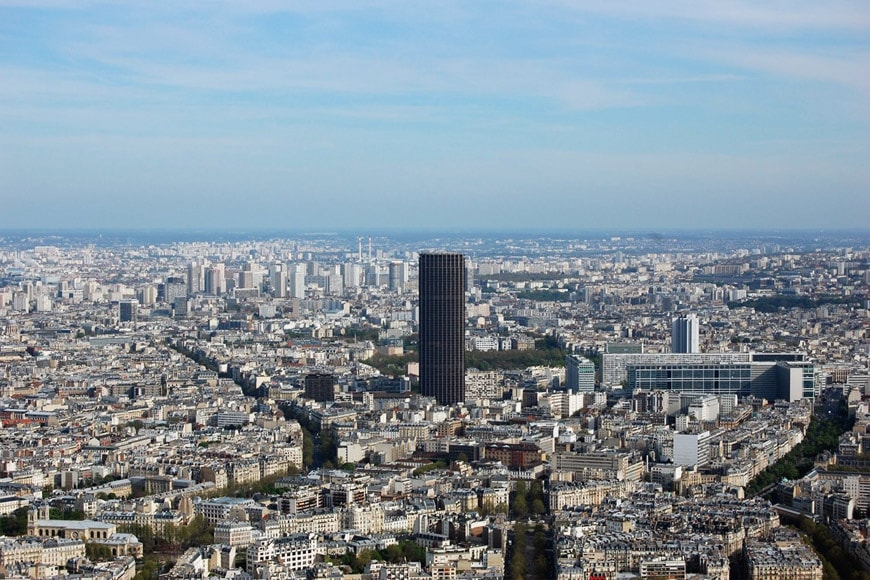 The Montparnasse Tower is arguably one of the most architecturally uninspiring and less considered landmarks in Paris, today; image courtesy of Architectural Record

All finalist projects are on view until October 22, 2017 in an exhibition at the Pavillon de l’Arsenal in Paris.

Since its completion in 1973, the 210 meter-high Montparnasse Tower is the tallest building in Paris. Yet, there has been constant criticism over its intrusive presence in the city’s skyline  to such an extent that the building has been nicknamed the ‘Scar of Paris’ . 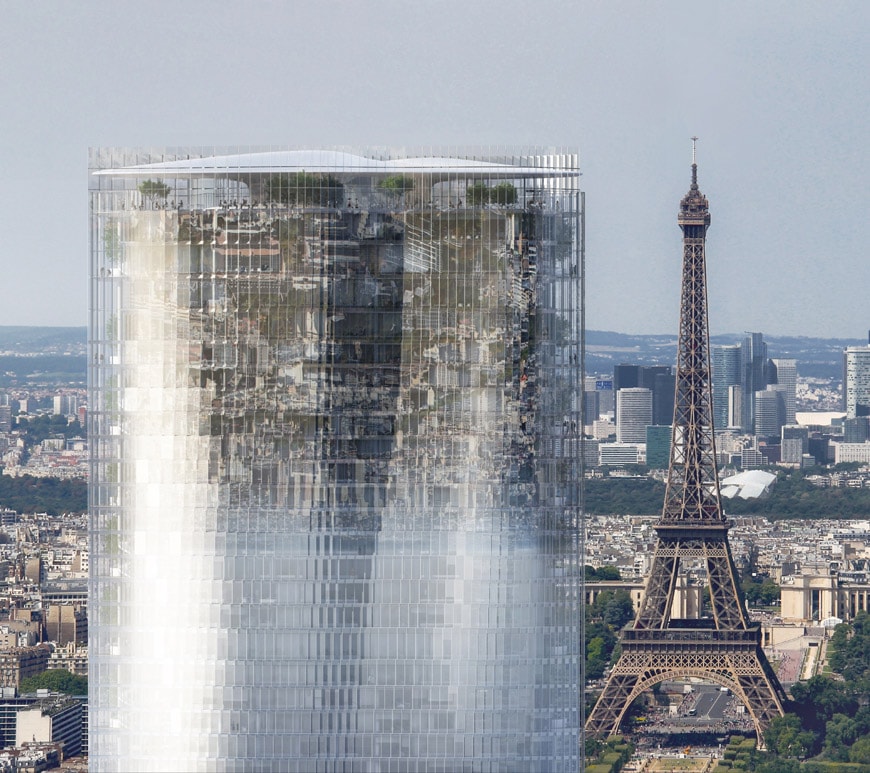 “Mirage” by MAD
MAD’s design adds a concave outer geometry to the tower with the aim to create a giant optical illusion. Each of the glass panels of which the proposed new facade is composed, is tilted to a specific angle, so that the building itself turns into a city-scale concave mirror.
The streets and rooftops of the neighboring buildings appear as if they are hanging from the sky, while the sky itself is mirrored onto the lower part of the building, blending into the atmosphere. 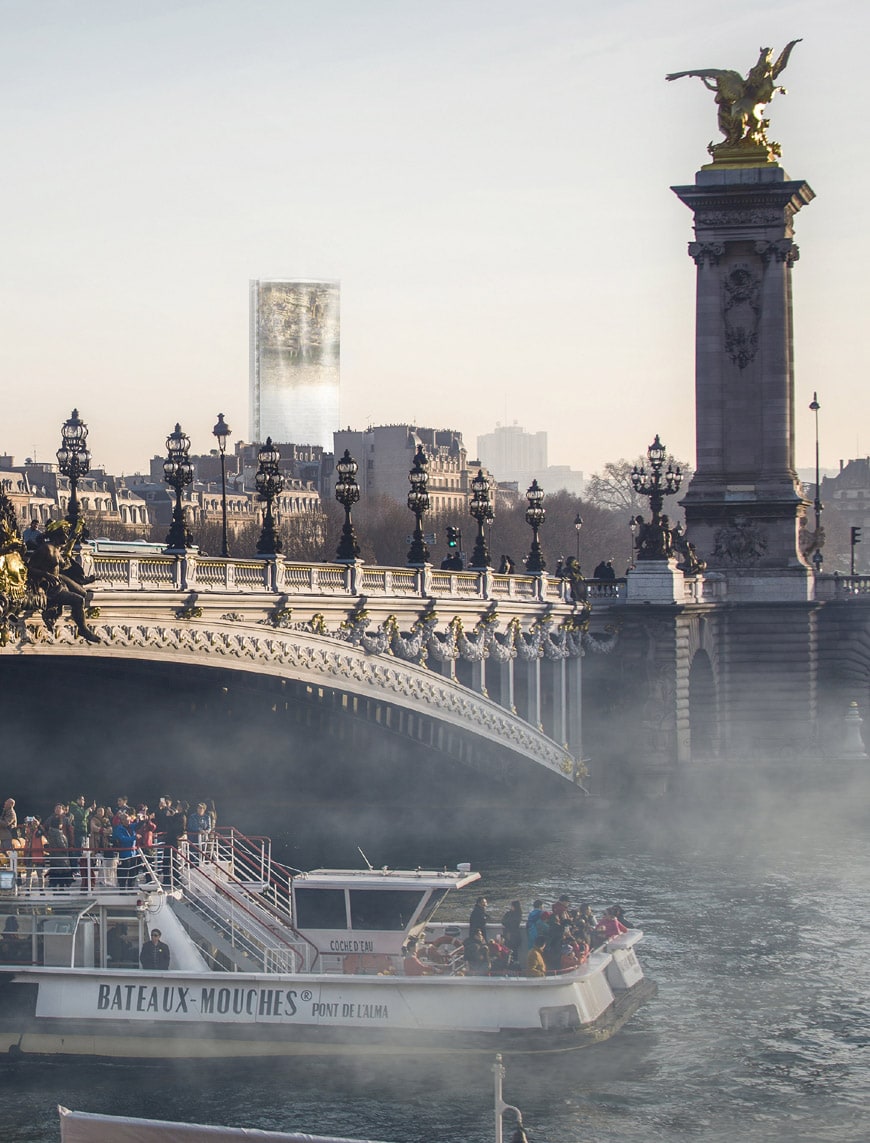 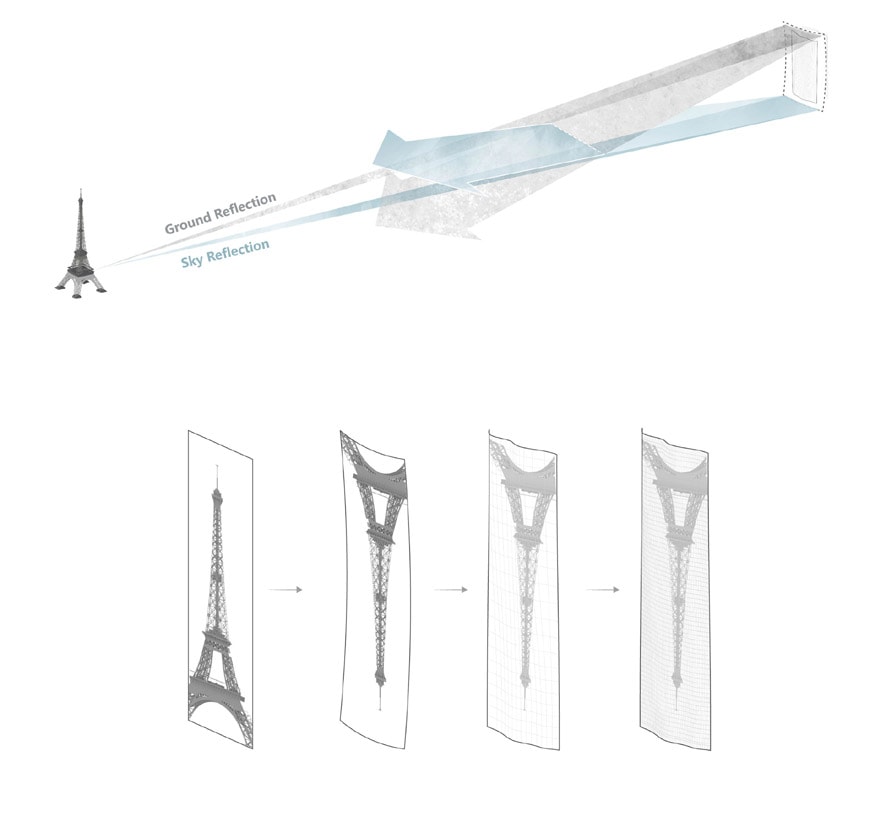