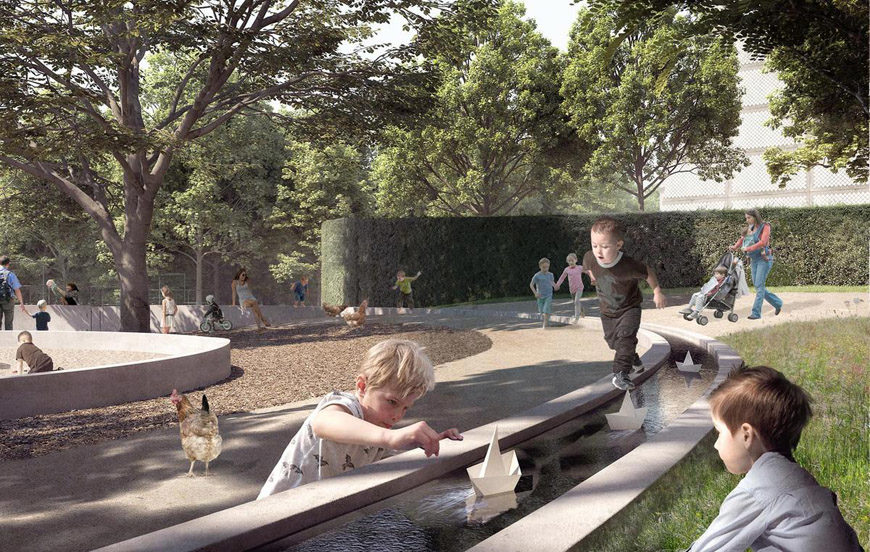 Danish architecture firm Henning Larsen has won an open competition to revitalize Bypark in Esbjerg, a historic harborside park in the coastal city in western Jutland.
The renovation of the park, which occupies a 30,000-sqm area between the city’s commercial center and its harbor, is an important step to strengthen the city’s cultural offerings and reshape its urban identity.
Best known as a port city, Esbjerg is a city whose rich cultural and natural offering has been historically overshadowed by its industrial importance. Nevertheless, Esbjerg Bypark has long been a meeting point for both words since, a number of spaces and structures for cultural and leisure activities have been created over time on its sloped site, located among a tree forest.
The park dates back to the city’s foundation when early residents planted fir trees along the waterfront’s steep terrain to prevent coastal erosion. As the city grew so did the harbor, eventually cutting off public access to the waterfront.
In the late 1990s, the Esbjerg Art Pavilion, the Music House Esbjerg, a restaurant-cafe, and an outdoor amphitheater for Summer concerts and live performances were built on the park’s northern border. 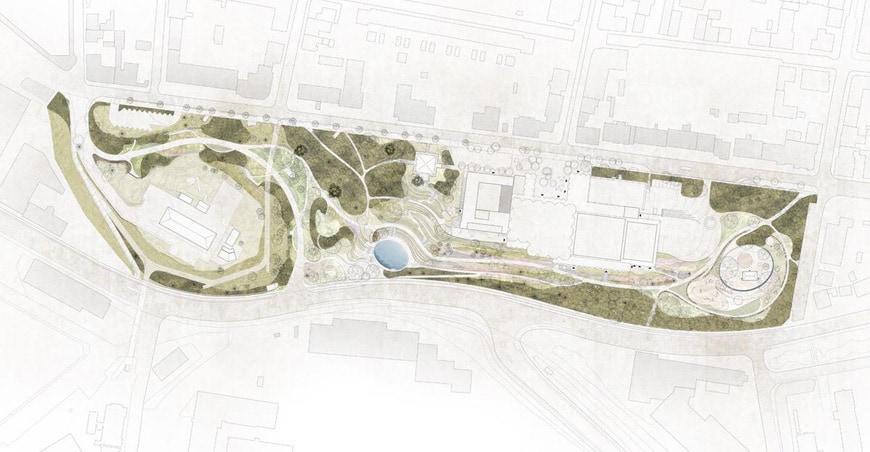 Now, Henning Larsen’s design is aimed to further develop the park’s distinctive qualities by introducing new landscape elements, redesigning its trail and footpaths and creating a number of water features to reestablish the park’s once close relationship with the city’s port, urban center, and waterfront.
At the center of the park, there will be a lake which can be covered to become a stage for public events in the summer, and frozen for ice-skating in the winter. The concrete platform the lake will be positioned atop visually connects to a number of similar concrete bunkers found in the park which will contain backstage areas for artists and performers, pop-up ice cream shops, temporary event venues, and storage spaces. 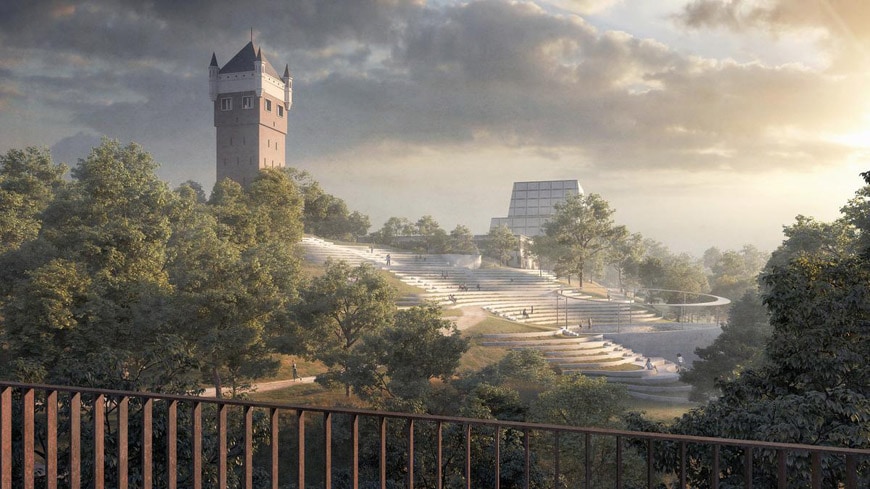 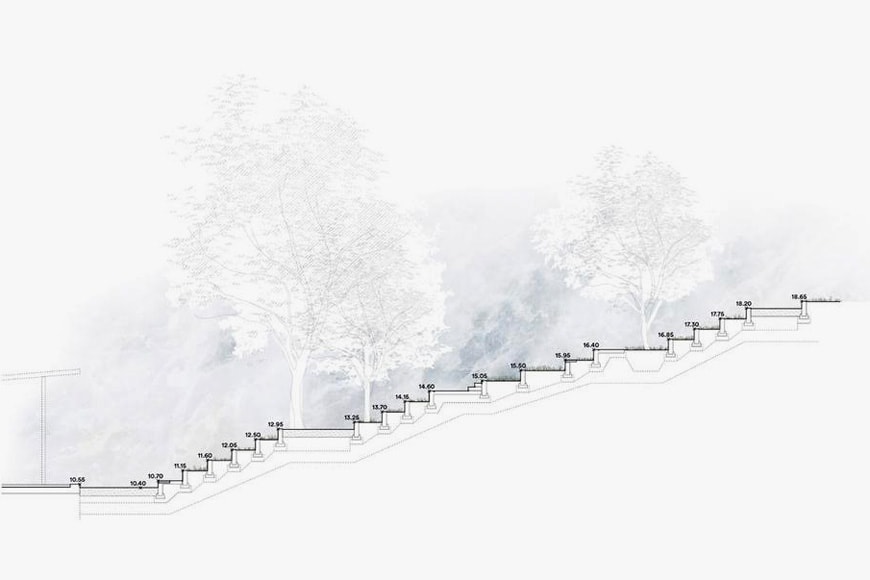 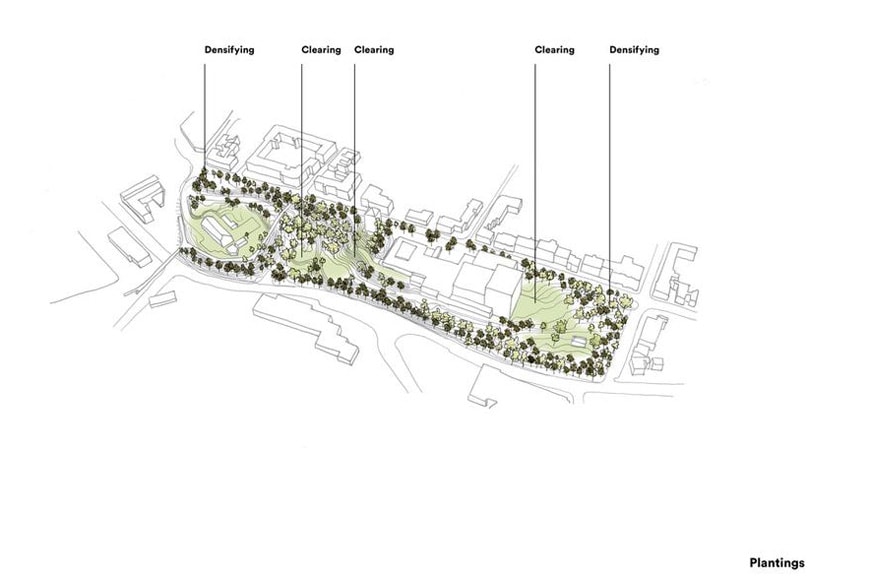 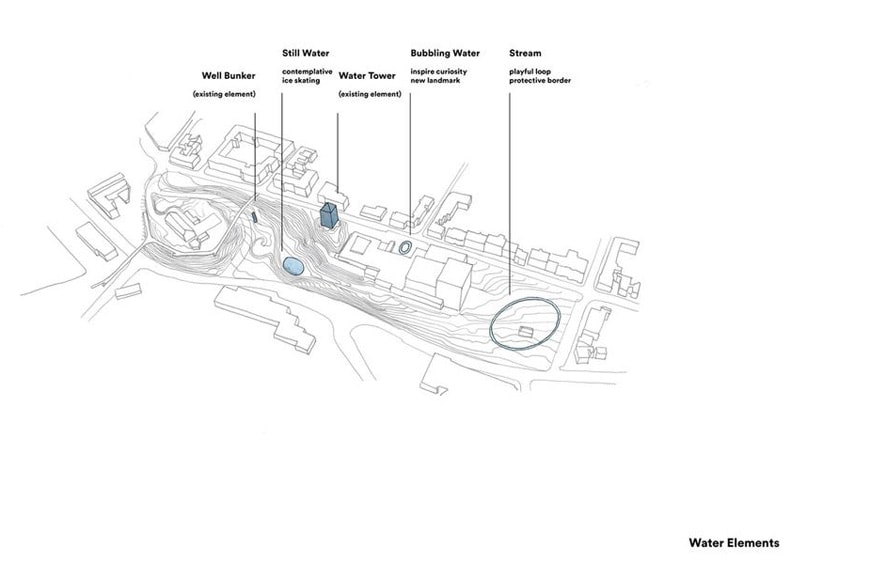 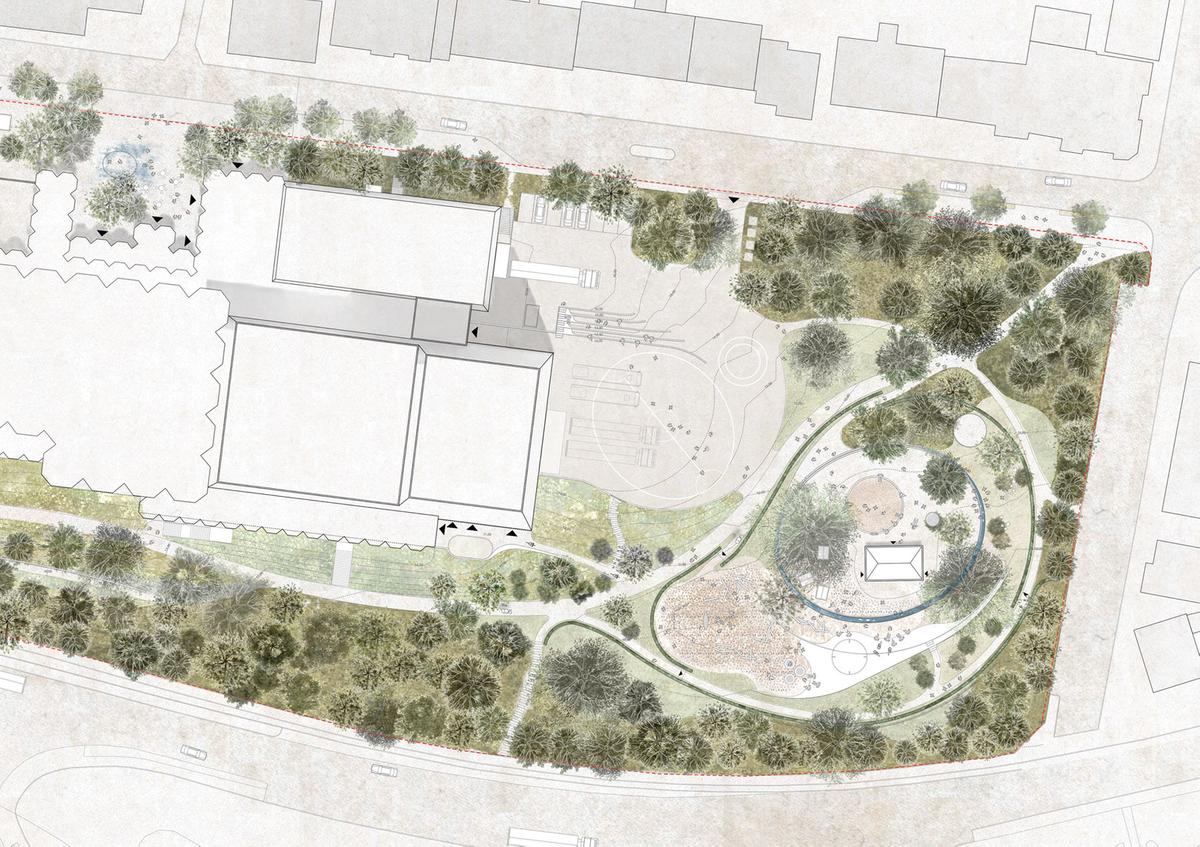 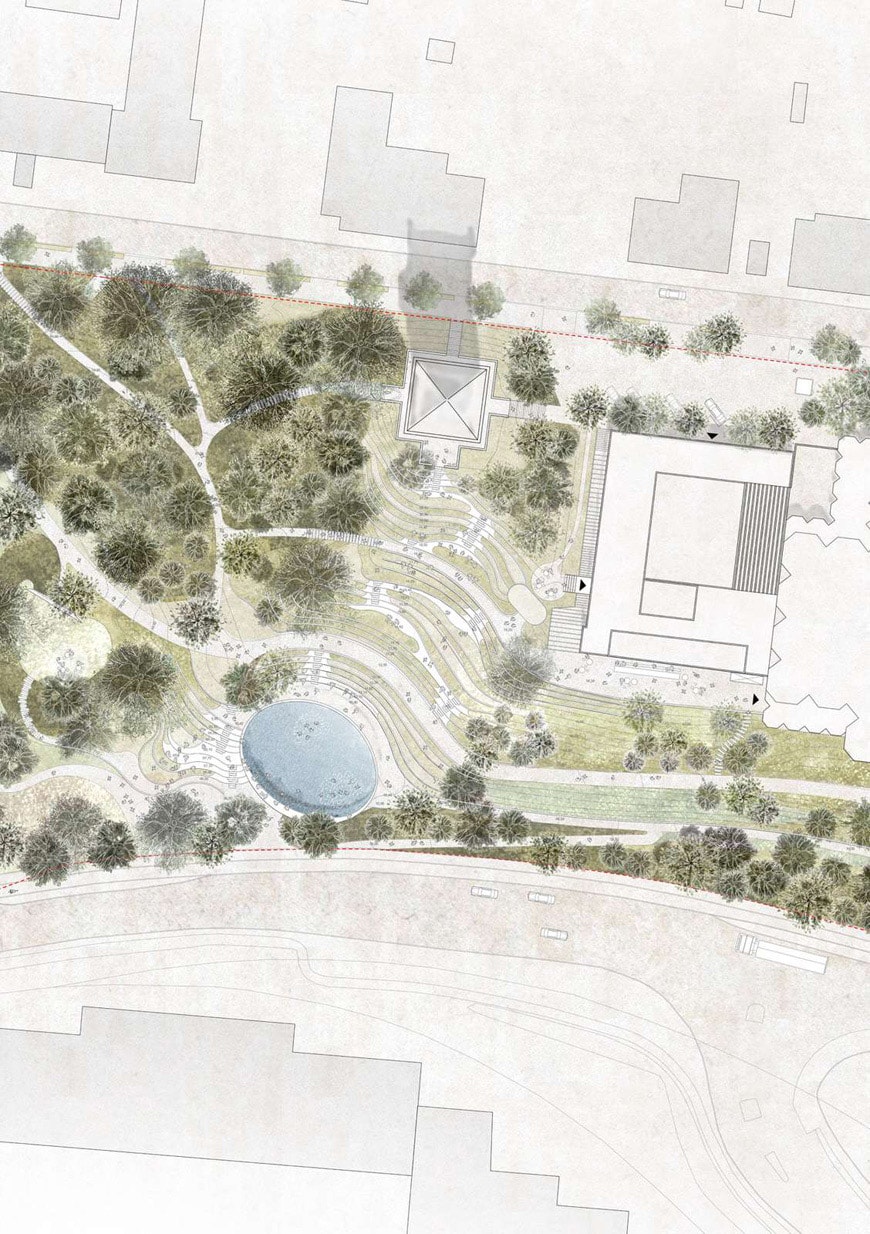 Henning Larsen: an art pavilion between land and water in Videbæk

Aahrus | The museum under the lawn