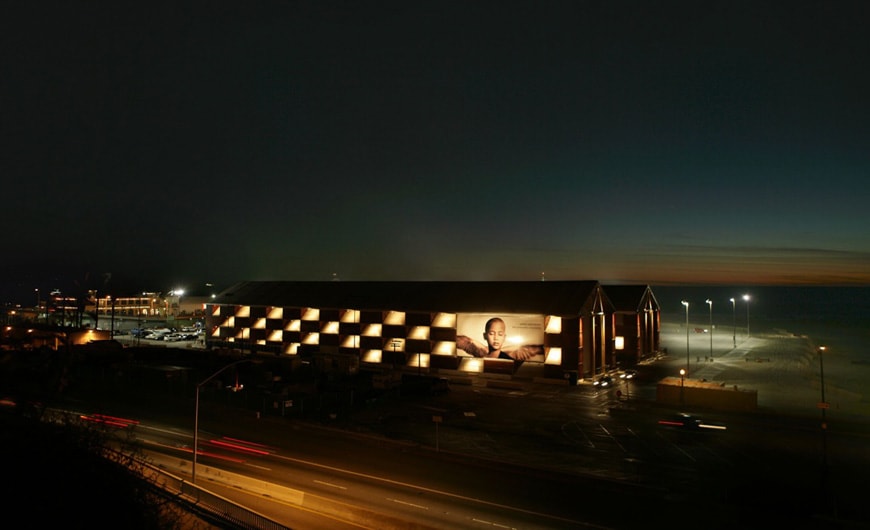 The Nomadic Museum in Los Angeles in 2006. Photo by Paolo Mazzoleni.

In 2002, Canadian artist Gregory Colbert presented his monumental Ashes and Snow installation at the Venice Arsenale. The multimedia exhibition featured a strict and creative relationship between Colbert’s large-format photographs and the imposing spaces of the Arsenale.

Following that experience, Colbert decided to create a sustainable traveling gallery, called Nomadic Museum, aimed to present Ashes and Snow, whose main theme is the relationship between nature and humans, in various locations throughout the world. Therefore, he asked Japanese architect Shigeru Ban, who had collaborated with him previously for the Venice exhibition, to design the venue. 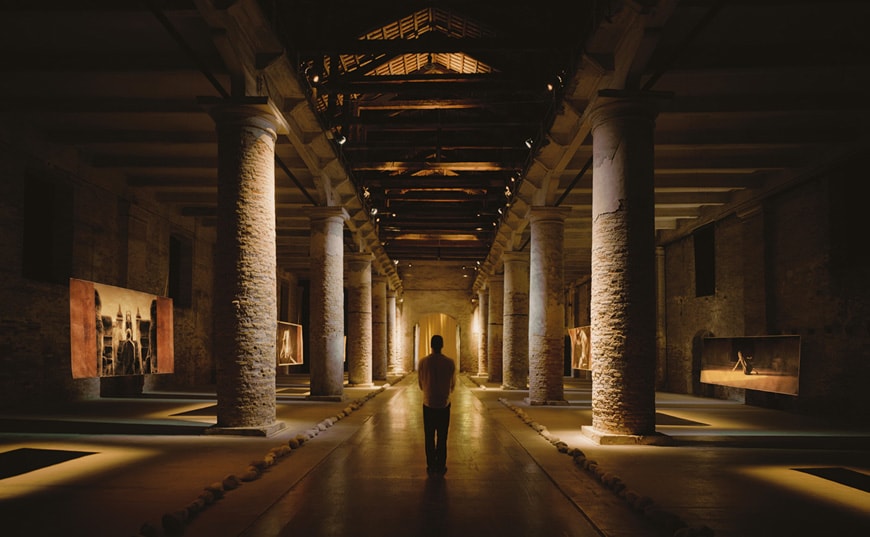 Ban coped successfully with the problem of conceiving a monumental temporary gallery – which also had to be sustainable, low-cost, and transportable – by creating a structure whose form resembled that of the Arsenale’s space by stacking 152 locally-rented shipping containers on one another to form the gallery’s sidewalls. To that “industrial-looking” modular envelope, Ban added a central paper-tube structure supporting a large gable roof.

Developed by Ban in collaboration with Italian architect Ombra Bruno and British engineering firm BuroHappold, the first incarnation of the Nomadic Museum was installed on New York’s Pier 54 in 2005, and thereafter rebuilt in Los Angeles and Tokyo. The 5,500-square-meter / 59,000-square-foot Nomadic Museum could adapt to the different locations and site morphology in many ways; for example, the version in New York was a single 200-meter/963-foot long gallery which was split into two 100-meter-long parallel naves in Los Angeles and Tokyo. Despite its ingenuity, Ban’s design also had some drawbacks; for example, the container assembly process proved to be more difficult than expected, especially in strong wind.
Yet, it still represents one of the most imaginative examples of the use of recycled/recyclable/low-cost elements to create a visually-powerful temporary art gallery.

A second version of the Nomadic Museum, mostly built in bamboo, was designed by Colombian architect Simon Velez and installed in Mexico City in 2008. 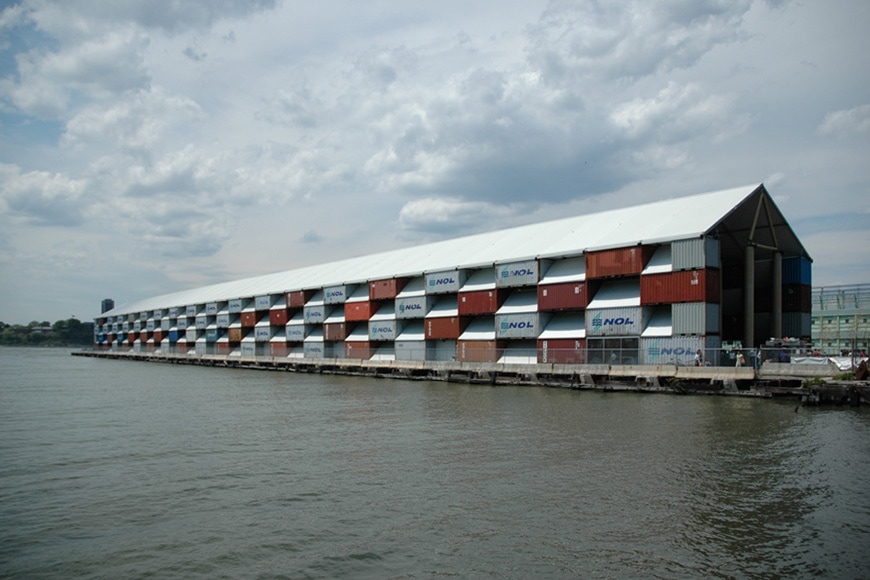 The Nomadic Museum on Pier 54 in New York in 2005: photo by Informedmindstravel. 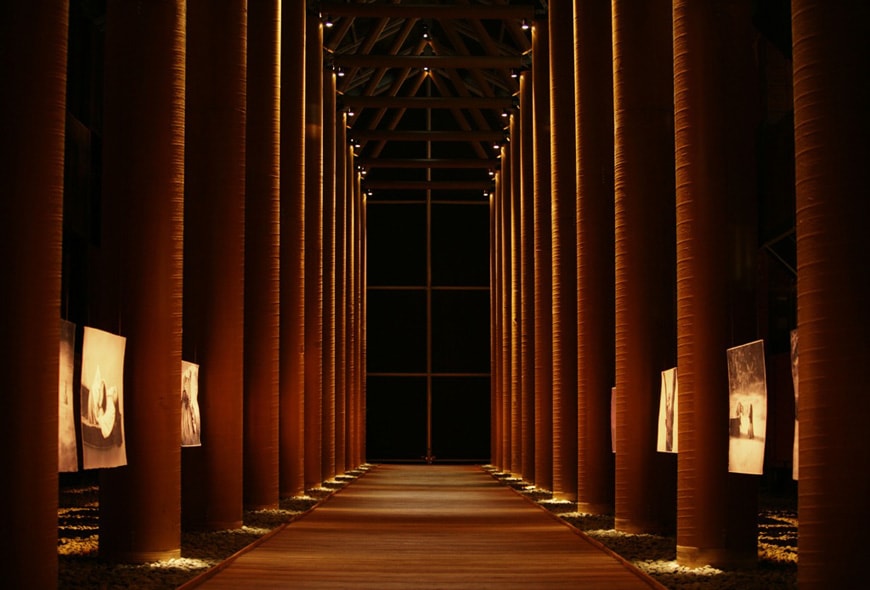 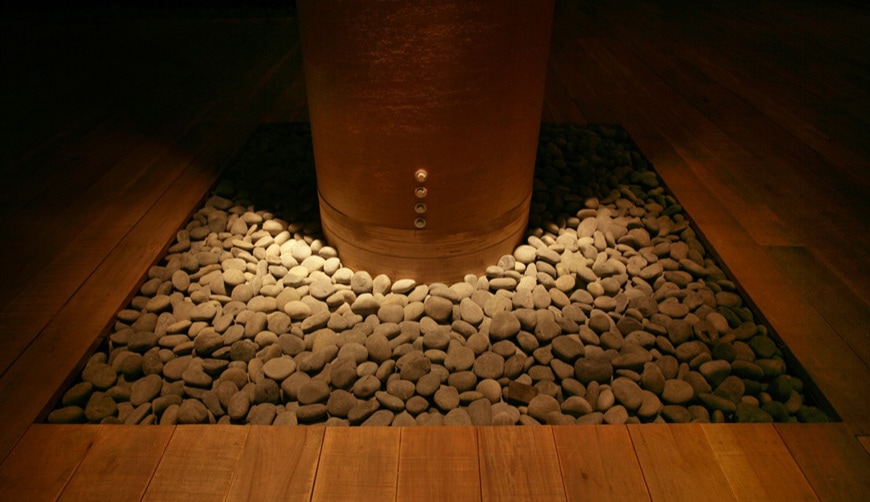 The Nomadic Museum in Santa Monica, Los Angeles, in 2006. Photos by Paolo Mazzoleni.