The MART museum, views of the covered courtyard and the foyer – Photos by Inexhibit

With the La magnifica ossessione exhibition, the MART celebrated its tenth anniversary, re-arranging its collection by following a brand new scheme. 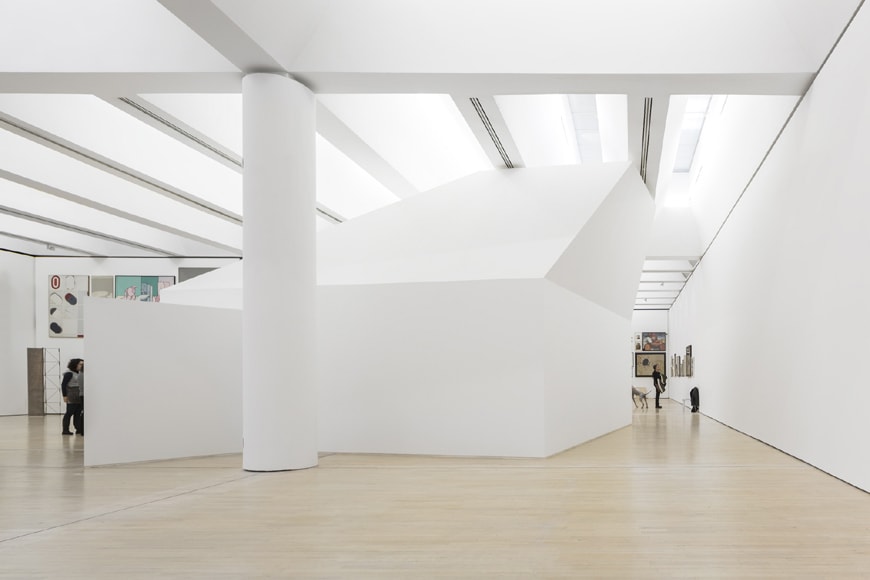 The exhibition, which represents an important step in the MART collections interpretation, presents artworks, ranging from the early 20th century to present days, arranged following a thematic approach. Furthermore, some invited artists have been requested to create specific artworks related to the themes on which the exhibition is based. 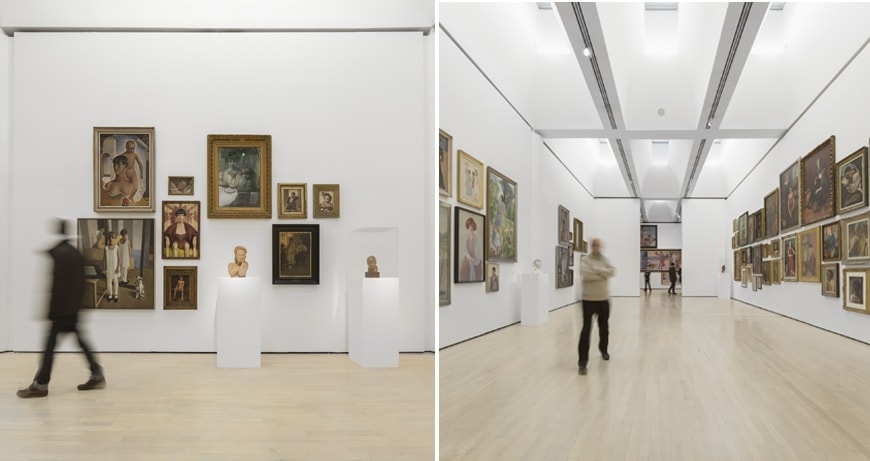 The exhibition represents also a chance to reflect on the relationship between the museum spaces and the exhibited artworks, also considering the diversity and the amount of the content: 2.784 pieces by 275 artists 418 paintings, 144 drawings, 100 engravings, 70 sculptures, 11 films and videos, 6 installations, 6 tapestries, 103 posters, 328 photos, 217 documents, 1074 mail art, 64 books, 20 architectural models.
The exhibition itinerary extends along the entire second floor level of the museum. The open, undivided architectural space allowed the curator to arrange the exhibition with a complete freedom.
Every  thematic room has been arranged as a micro-world, where associations and instances are continuously suggested and established, similarly to what could happen at a collector’s home. The walls are used as they were large canvases, on which paintings, documents and engravings are placed close one another, and the pavement is treated like an open plane where people can walk through, so to freely approach sculptures, furnitures and objects. 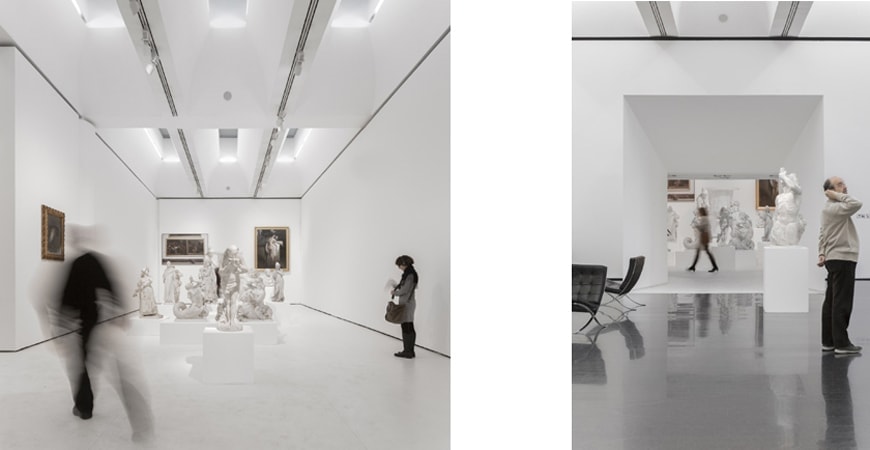 The exhibition design acts as a link between the exposition concept and the architectural space designed by Mario Botta. The clusters of artworks float freely in a neat, almost oneiric space created by the bright interior surfaces and pervaded by the diffuse illumination descending from the skylights (which also house the artificial lighting system) just corrected by directional spotlights so to emphasizes the artworks. The final effect is certainly fascinating and remember some pictures of the 18th century “wunderkammers” but de-materialized as being filmed by Stanley Kubrick for his Odyssey.

Where is this? Find it through MYMUSEM search
MART – Museum of Modern and Contemporary Art of Trento & Rovereto

Designed by Mario Botta, MART is an important museum of modern and contemporary art in Rovereto, northern Italy, with a collection of over 30,000 artworks

Art and landscape at MART museum