Theme
The curatorial team (Yesomi Umolu, Sepake Angiama, and Paulo Tavares) focused the 2019 edition of CAB on Chicago’s spatial, historical and socioeconomic conditions and evolution with a view to exploring more general subjects, such as how architecture relates to land, memory, rights, and civic participation. “…and other such stories” will be a thorough investigation on architecture and the built environment globally, through a research-driven approach.

More specifically, this year’s Chicago Biennial will explore the space of architecture and urban fabric by four curatorial frames.
The first, titled No Land Beyond, takes inspiration from indigenous visions of nature, ecology, and landscape which transcend the concept of property ownership.
The second, Appearances and Erasures, investigates how monuments, memorials, and social histories embody our collective memory.
Finally, Rights and Reclamations and Common Ground foreground aspects of civic rights and engagement in architectural practice, including affordable and equitable housing.

While this Biennial pays special attention to Chicago, the curators’ aim was to go beyond the city’s architectural heritage “to explore the history and conditions that have and continue to shape its urban development”.
Consequently, CAB 2019 will present a broader view of the field of architecture by spanning building design, urban planning, visual arts, policymaking, education, and local community activism.

The sites of CAB 2019
Starting from the main exhibition at the Chicago Cultural Center, CAB 2019 spans many locations in the city, with over 40 partner sites and institutions throughout Chicago participating to this year’s edition, including the Art Institute of Chicago, the Museum of Contemporary Art Chicago, The Graham Foundation, Navy Pier, and Garfield Park Conservatory. 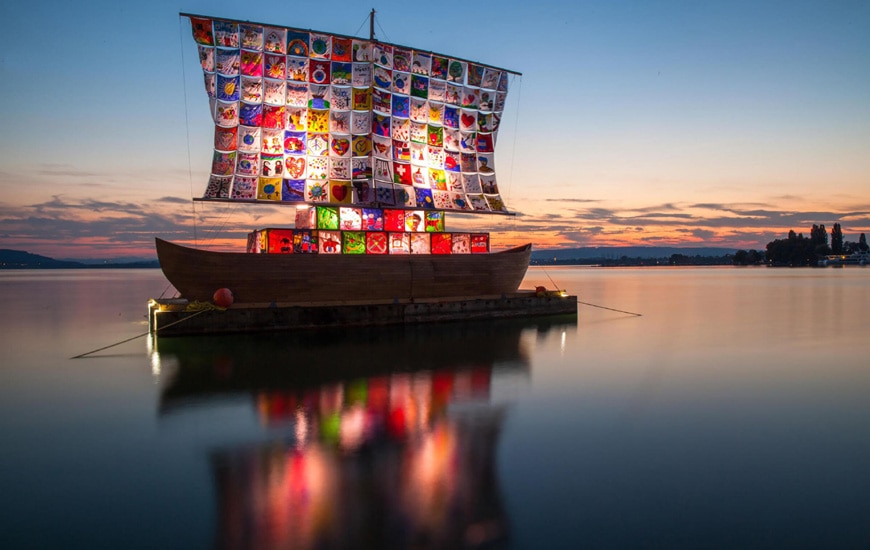 For CAB 2019, the Navy Pier will bring the Ilya and Emilia Kabakov Foundation’s large scale floating installation “The Ship of Tolerance” to Chicago.

The program
CAB announced that the 2019 Biennial will comprise over 100 events – including conferences, live performances, film screenings, and special exhibitions – taking place in over fifty cultural venues in the city.
The full program is available on the Chicago Architecture Biennial website (https://chicagoarchitecturebiennial.org/)

Participants and contributors
Over 80 participants take part in CAB 2019, comprising architects, artists, scholars, and organizations from all over the world. Many of their contributions are multi-disciplinary projects focused on the relationship between architecture, land, memory, rights, and civic participation.

Adrian Blackwell (born in Toronto, Canada; lives in Toronto, Canada)
Akinbode Akinbiyi (born in Oxford, England-UK; lives in Berlin, Germany) who is participating in a residency at the School of the Art Institute of Chicago at Homan Square in North Lawndale, will collaborate with young people and community members to document, explore, and understand the landscape and environment of that neighborhood through a daily photography practice. 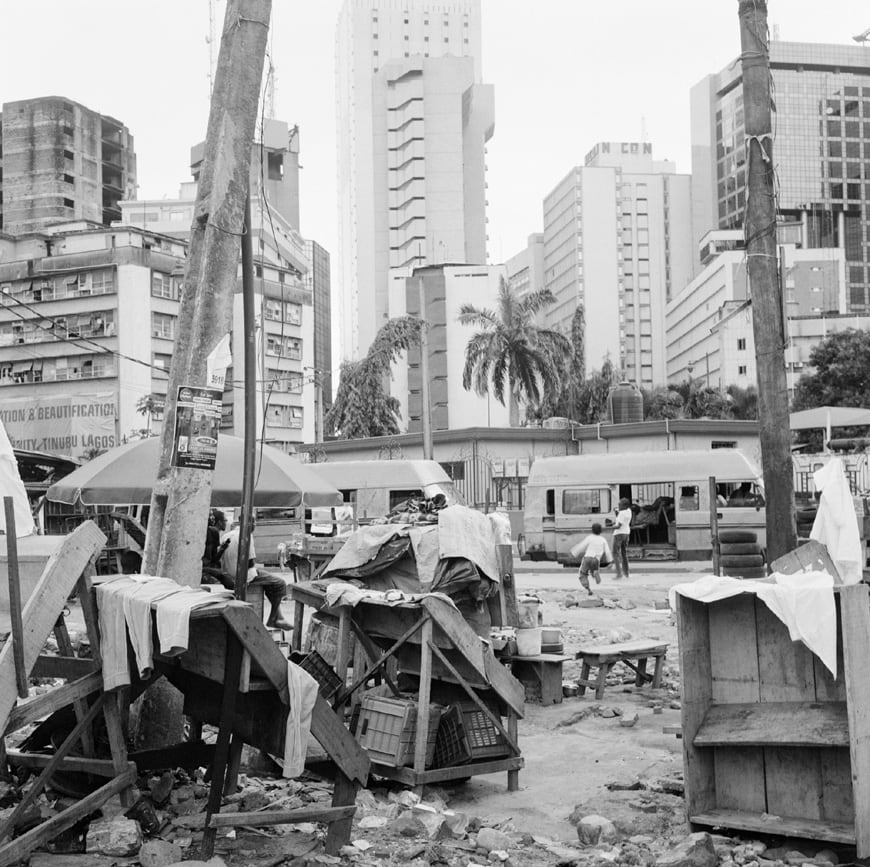 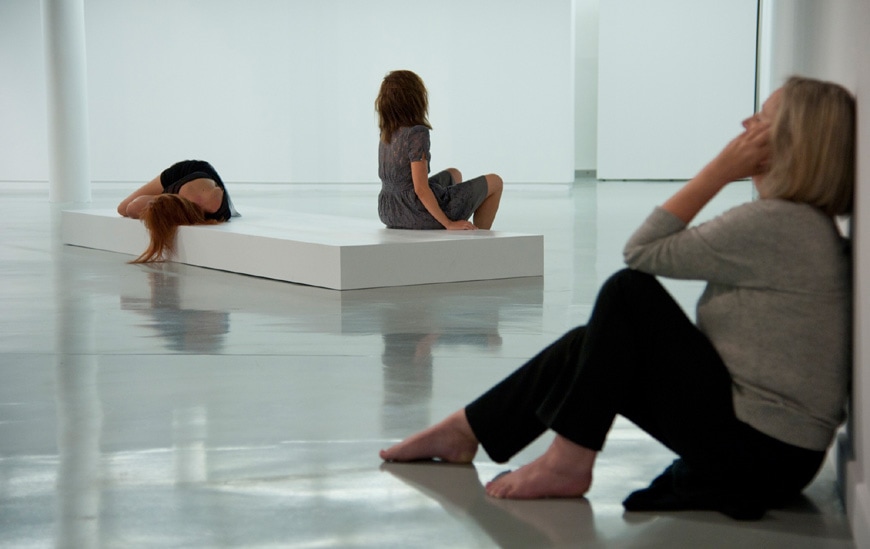 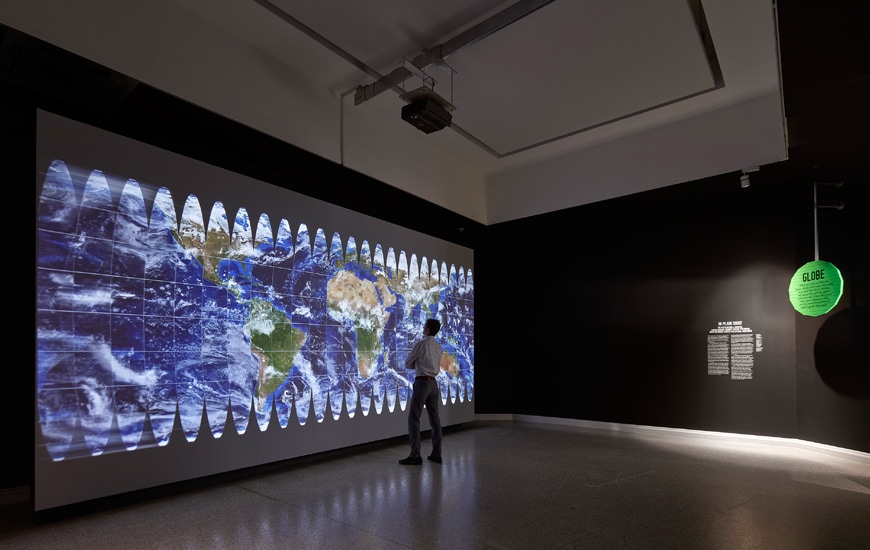 In Plain Sight, 2018, by Diller Scofidio + Renfro, Laura Kurgan, Robert Gerard Pietrusko with Columbia Center for Spatial Research, photo © Tom Harris. Courtesy of the School of the Art Institute of Chicago and the University of Chicago 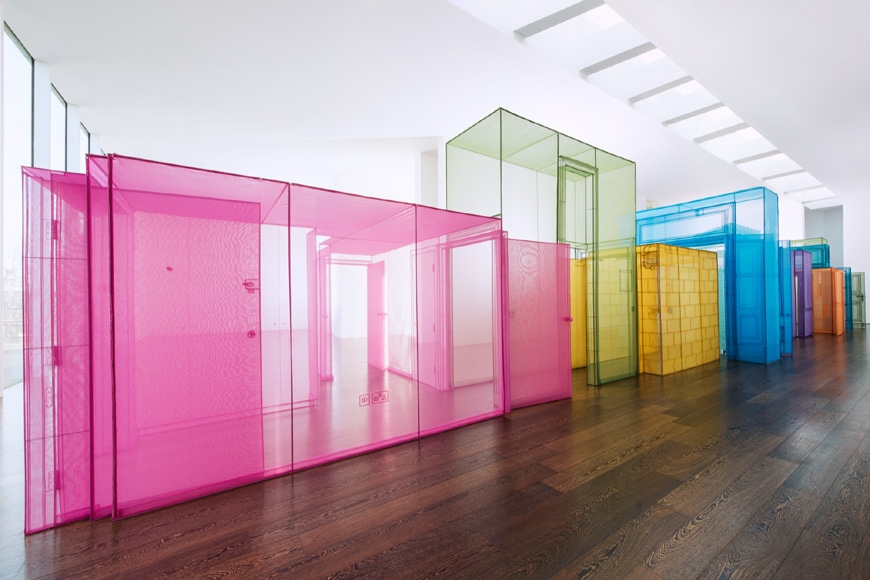 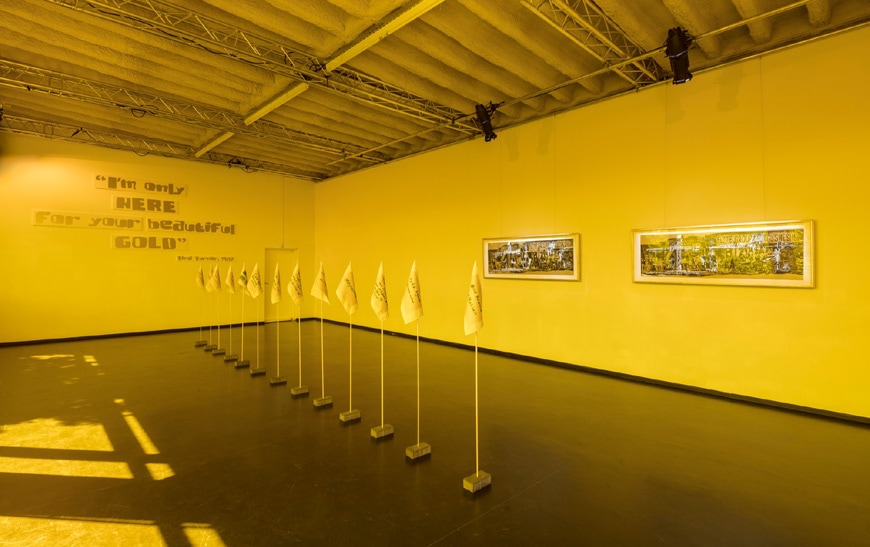 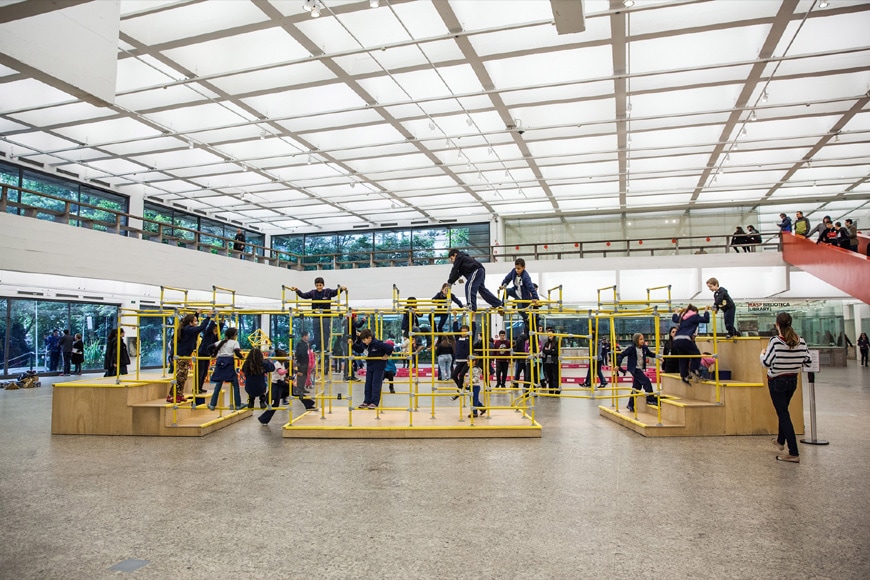 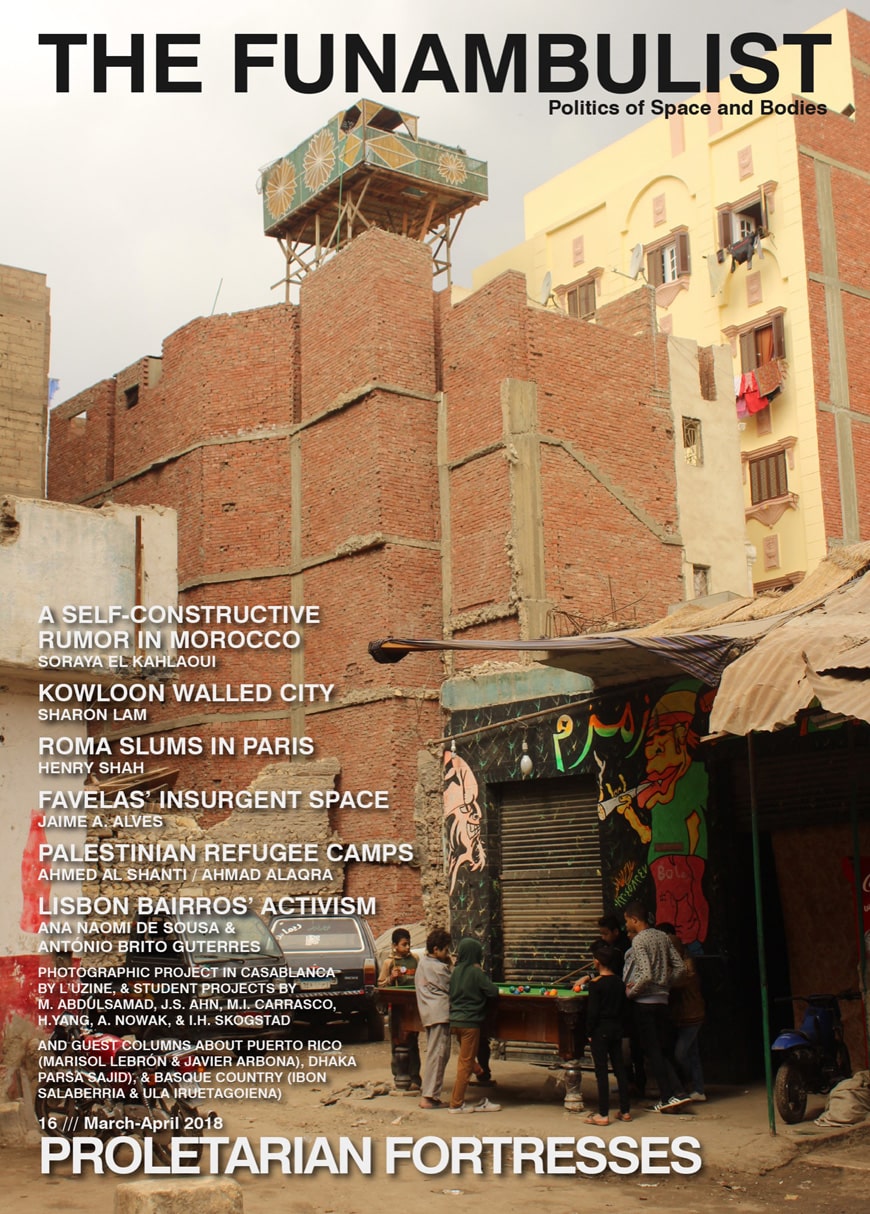 The Common Ground section of the exhibition will feature programmatic projects, activating the first floor of the Biennial in a dynamic series of workshops, performances, and installations.
With the central space designed by ConstructLab (Berlin, Germany), this section includes ‘The Funambulist’ (Paris, France) and Settler Colonial City Project (Ann Arbor, USA and Guayaquil, Ecuador) in collaboration with American Indian Center (founded in Chicago, USA) who, along with several additional groups, will comprise over 10 practices presenting projects and public programs throughout the course of the Biennial. 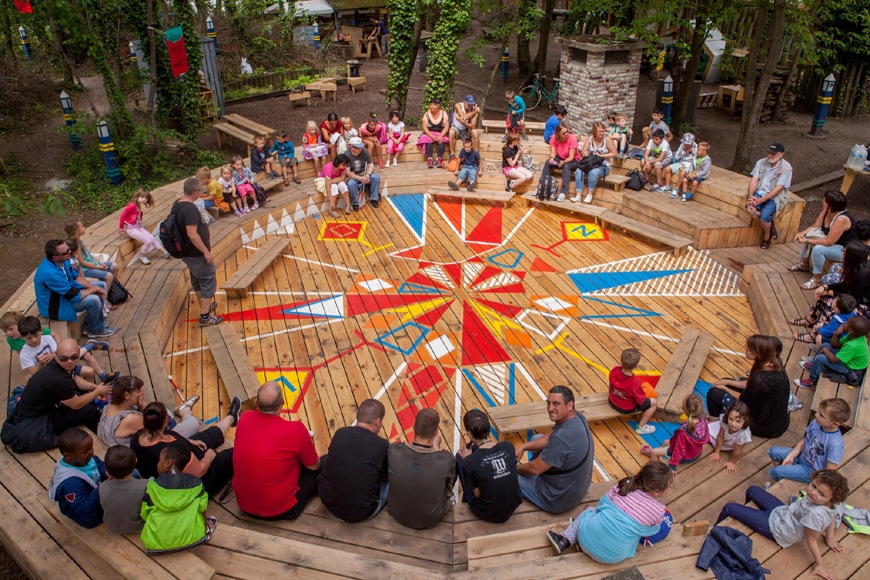